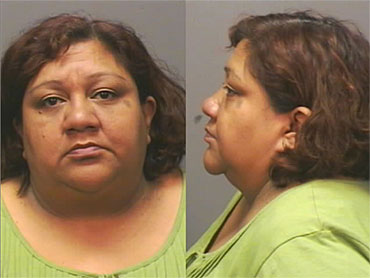 President Bush visited embattled Defense Secretary Donald Rumsfeld on Monday and gave the Pentagon chief a vote of confidence amid a swirling scandal over prisoner abuse.

"You are courageously leading our nation in the war on terrorism. You are doing a superb job," Mr. Bush said. "You are a strong secretary of defense and our nation owes you a debt of gratitude."

The president called the alleged abuses "an affront to the most basic standards of morality and decency."

He promised that, "All prison operations in Iraq will be thoroughly reviewed to make sure such abuses are not repeated."

But he defended the American mission in Iraq as being vital to the country's future and U.S. national security. In spite of the abuse, Mr. Bush asked, "Who can doubt that Iraqi is better being free?"

Several prominent Democrats and newspapers have called for Rumsfeld's departure. But Sen. Joseph Biden of Delaware told the CBS News Early Show that while he thinks Rumsfeld should resign, he also feels too much is being made of the question of Rumsfeld's continuance in office.

"I think this is somewhat bigger than Secretary Rumsfeld," the ranking Democrat on the Senate Foreign Relations committee said. "I want to see the president do some swift and positive action here. Rumsfeld is part of the problem, not part of the solution. I don't care if he goes stand in a corner."

Kimmitt said Sunday the trial will be held in Baghdad and will be open to media coverage, but announced Monday that no television cameras will be allowed.

Kimmitt also said the military had launched an investigation into interrogation procedures at Abu Ghraib after soldiers accused of mistreating prisoners said they did so at the urging of military intelligence officers.

Sivits faces a bad conduct court-martial. At least some of those charged will likely face general courts-martial, which can bring more severe punishments — suggesting that he is considered to have played a lesser role in the abuses. The New York Times reports Sivits may have reached a plea agreement.

And The New Yorker reports that within the Pentagon, knowledge of the abuse charges was kept secret even from high-ranking officers who would normally have known about it. The magazine also published a newly released photograph from Abu Ghraib, showing a naked Iraqi man surrounded by U.S. soldiers holding dogs.

Last fall, the head of Guantanamo Bay, Maj. Gen. Geoffrey Miller, reviewed prisons in Iraq and suggested that military police serving as prison guards set "the conditions for the successful interrogation and exploitation of internees/detainees." The Army report on the Abu Ghraib abuse criticized that policy, but Miller now has been put in charge of the Baghdad prison.

Some Iraqi officials have called for an Iraqi role in the operation of Abu Ghraib. Asked whether the new Iraqi government would assume control of the prison after the transfer of sovereignty, coalition spokesman Dan Senor said Monday that the prison's status will be negotiated after the June 30 handover.