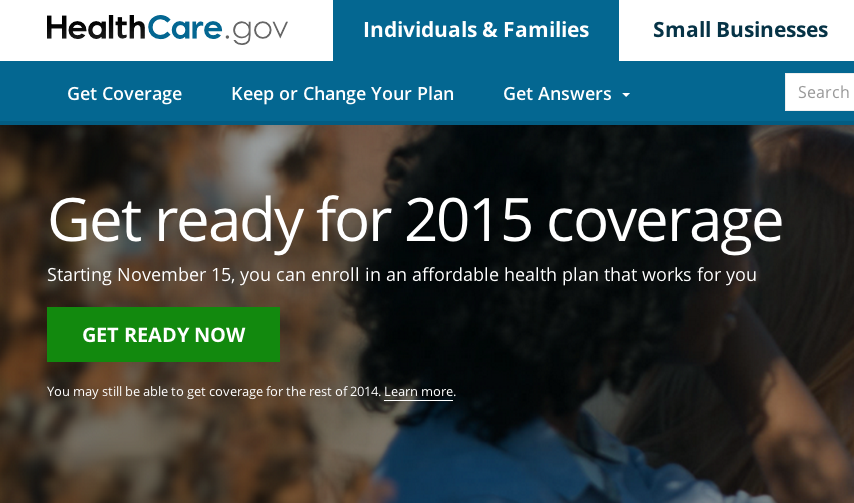 Open enrollment season in the government's health insurance program has begun--6.4 million people have signed up on healthcare.gov for health insurance that goes into effect Jan. 1. The administration called it "an encouraging start" but said there is still a lot of work to be done before the enrollment period ends on Feb. 15.

Health and Human Services Secretary Sylvia Burwell said in a press conference Tuesday that of those who signed up, 1.9 million were new customers, and 4.5 million renewed existing coverage. She estimated between 30-40% of customers came back and re-enrolled, but cautioned that number is not final. The numbers for state exchanges will be released next week. The administration goal is to have 9.1 million enrolled by the end of 2015.

The numbers don't include states running their own insurance exchanges, including California and New York. The administration will release a full 50-state report next week, Burwell said.

At her year-end news conference, Burwell dodged questions about a Supreme Court case seen as the most serious threat left to Obama's law. The case, King v. Burwell, will be argued in early March.

The health care law provides taxpayer-subsidized private insurance to people who don't have access to coverage through their jobs.

Plaintiffs in the Supreme Court case argue that the law, as written, only allows subsidies in states that have established their own insurance markets. Supporters of the law say that while the text may be confusing, Congress clearly intended to subsidize coverage in all 50 states.

Burwell wouldn't outline any contingency plans in the event the court rules against the administration.

"We believe that our position is the position that is correct and accurate," she said.

More than 8 in 10 customers in the insurance markets receive subsidies. Without them millions would be unable to afford their premiums. If the court's ruling goes against the administration, it's unclear if there would be a grace period while officials pursue a legislative fix or other solutions.

Burwell said Congress intended to offer consumers subsidies regardless of where they live. Florida, for example, did not set up its own market. But more than 900,000 Floridians enrolled for coverage through the federal exchange, which was created under the law as a backstop.

With the HealthCare.gov website running much better this year, Burwell has set a target of 9.1 million customers signed up and paying premiums in 2015.

Independent analysts believe the administration can meet or surpass that goal through a combination of returning customers and people signing up for the first time. The law prohibits insurers from turning people down because of health reasons. Virtually all Americans must have coverage or face fines.

This year, as the law's coverage expansion went into full swing, the number of uninsured people fell by more than 10 million. In addition to subsidized private insurance for the middle class, the law offers an expanded Medicaid program for low-income people in states that agree to it.