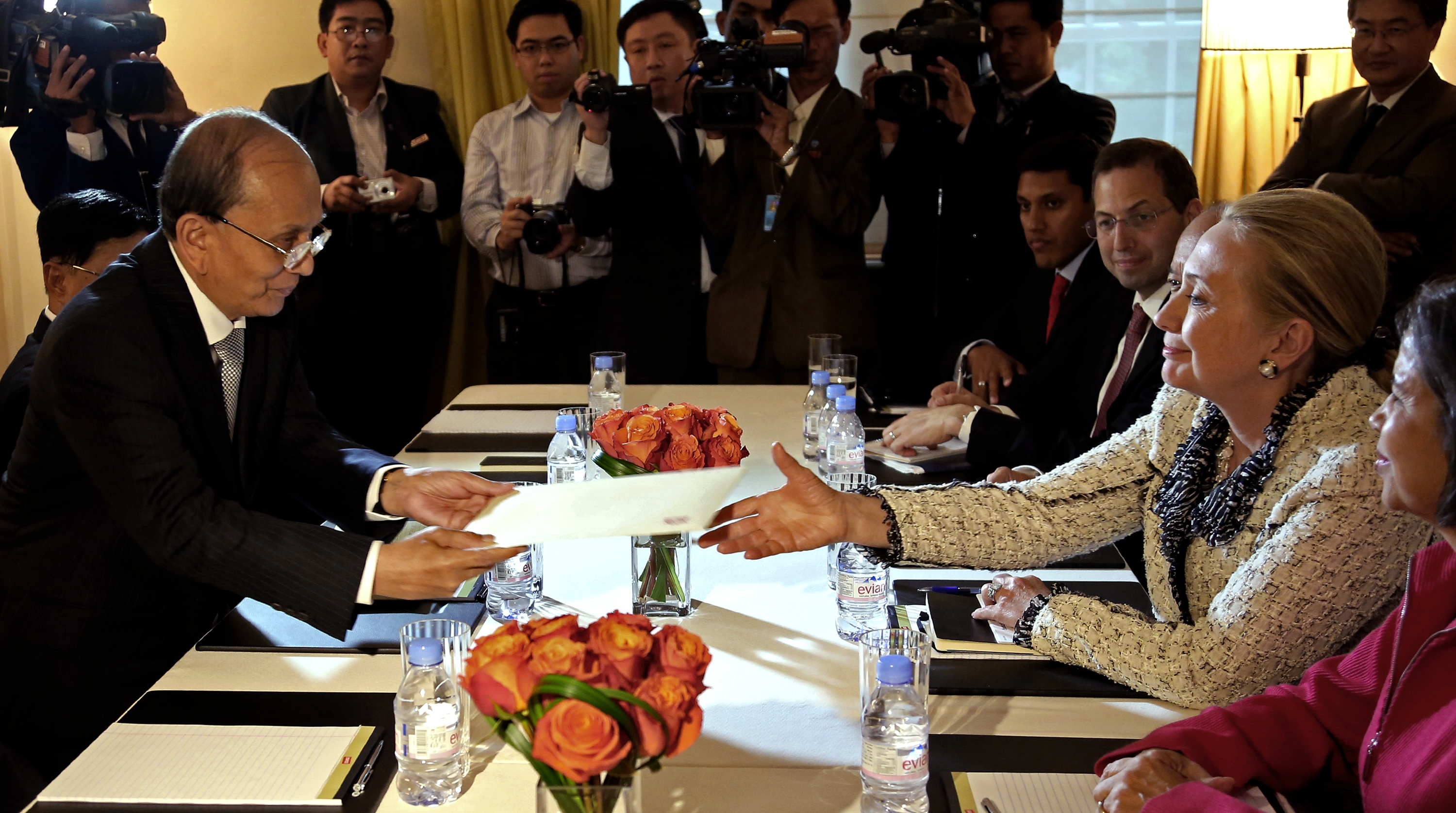 In August, Congress renewed sanctions legislation against Burma, which is also known as Myanmar, but the law also allows President Obama to waive its provisions. Wednesday's announcement begins that process, though easing the ban also requires the issuance of a Treasury license.

The import ban on Burma had been a key plank of American economic sanctions, which have been gradually lifted since the beginning of this year in response to political and economic reforms initiated by Thein Sein since he became president last year.

Washington has taken a go-slow approach to guard against anti-democratic backsliding by Burma's government, but is also under pressure to allow U.S. companies to compete on an even basis with competitors from Europe and Asia, which have been quicker to drop restrictions.

"Such a decision not only helps the investors and businessmen but will also help the 60 million Myanmar people," said Zaw Htay, whose country is seeking to jump-start its long-moribund economy. "The lifting of the import ban amounts to the removing of a huge barrier. The decision makes the foreign investment climate more conducive."

Zaw Htay said that while Burma-U.S. diplomatic relations have been normalized — Washington restored relations at the ambassadorial level earlier this year after a break of more than two decades — more relaxation is needed to normalize their trade and business relationship.

Burma's garment industry suffered a severe downturn after the trade sanctions were instituted in 2003. Aung Win, deputy chairman of the Myanmar Garment Association, said the industry expects to benefit from the U.S. move to ease import bans.

"We have been calling for the lifting of the U.S ban since 2003 and now we are happy that the decision has been made to lift it," Aung Win said. He said many garment factories had to be shut down and thousands of people were made jobless as a result of the ban.

Burma exported about $558 million worth of garments in 2011, mostly to Japan and South Korea, which constituted about 72 percent of the total, Aung Win said. But he said he looks forward to getting more orders from the U.S., which had been Burma's major garment market before 2003.