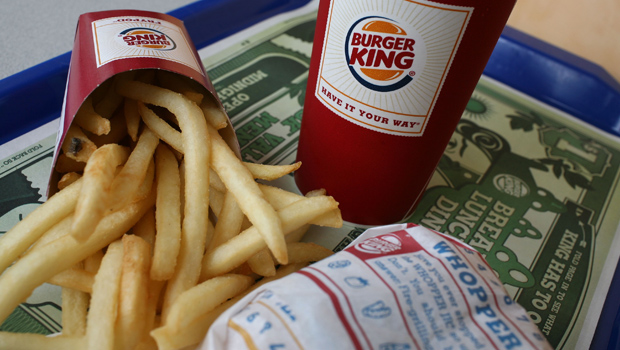 NEW YORK If you think a Whopper's too indulgent but are sick of chicken sandwiches, Burger King (BKW) is offering a turkey burger for the first time.

The Miami-based company is rolling out the new sandwich this week as part of its limited-time offers for spring, marking the latest fast-food effort to cater to health-conscious diners. Last week, McDonald's (MCD) said it plans to offer a lower-calorie version of its Egg McMuffin made with egg whites. The Oak Brook, Ill.-based chain said the egg whites will be available for any other breakfast sandwich on its menu as well.

McDonald's and Wendy's (WEN) said they have no records indicating they ever offered a turkey burger, meaning Burger King would be the biggest fast-food chain to do so. But it's not the first. Sister chains Carl's Jr. and Hardee's launched a trio of turkey burgers as limited-time offers in late 2010; they were so popular that they're now a permanent part of the menus.

"Turkey burgers as a category is growing pretty rapidly in the restaurant space," said Eric Hirschhorn, who heads global innovation for Burger King.

As with Carl's Jr. and Hardee's, Burger King said its turkey burger could be added to the permanent lineup if sales are strong enough.

Carl's Jr. and Hardee's introduced turkey burgers in response to consumers in their 20s and 30s, who are more mindful about what they're eating than past generations, said Brad Haley, chief marketing officer for CKE Restaurants, the parent company of the chains. At the same time, he noted that the turkey burgers - which come with toppings like guacamole and pepperjack cheese- are successful because they're still seen as indulgent and filling. In terms of nutritional content, he said the key was just to keep them under 500 calories.

Showing that the healthy glow isn't strictly about calories, Burger King's turkey burger clocks in at 530 calories, compared with 470 calories for its grilled chicken sandwich. A regular Whopper is 630 calories.

Burger King's ability to charbroil its turkey burgers may play an important role in whether they're successful. That's what helped the turkey burgers at Carl's and Hardee's do so well, Haley said. When cooked on a flat-top griddle, Haley said turkey burgers can end up having "that refrigerator flavor" that makes them taste gamey.

"If you charbroil them, that doesn't happen," Haley said. "It has a nice, fresh, clean turkey meat flavor."

Though beef prices have been climbing and pressuring restaurant chains, Haley noted that chicken and turkey remain more expensive because the supply chains are still far smaller than for beef. That means turkey burgers at Carl's and Hardee's are more expensive than beef burgers of comparable size.

At Burger King, the suggested price for the new turkey burger is $3.99, compared with $4.29 for its new Chipotle Whopper, which is also being introduced as part of the spring menu.

That menu will also tout a veggie burger, though the only difference from the chain's current veggie burger is that the new one has red onions.

For those who want something more indulgent, Burger King is also offering a Bacon Cheddar Stuffed Burger, which includes a ground beef patty stuffed with smoked bacon and cheese.

Hyrbid cars are safer in crashes

12 reasons not to get a PhD