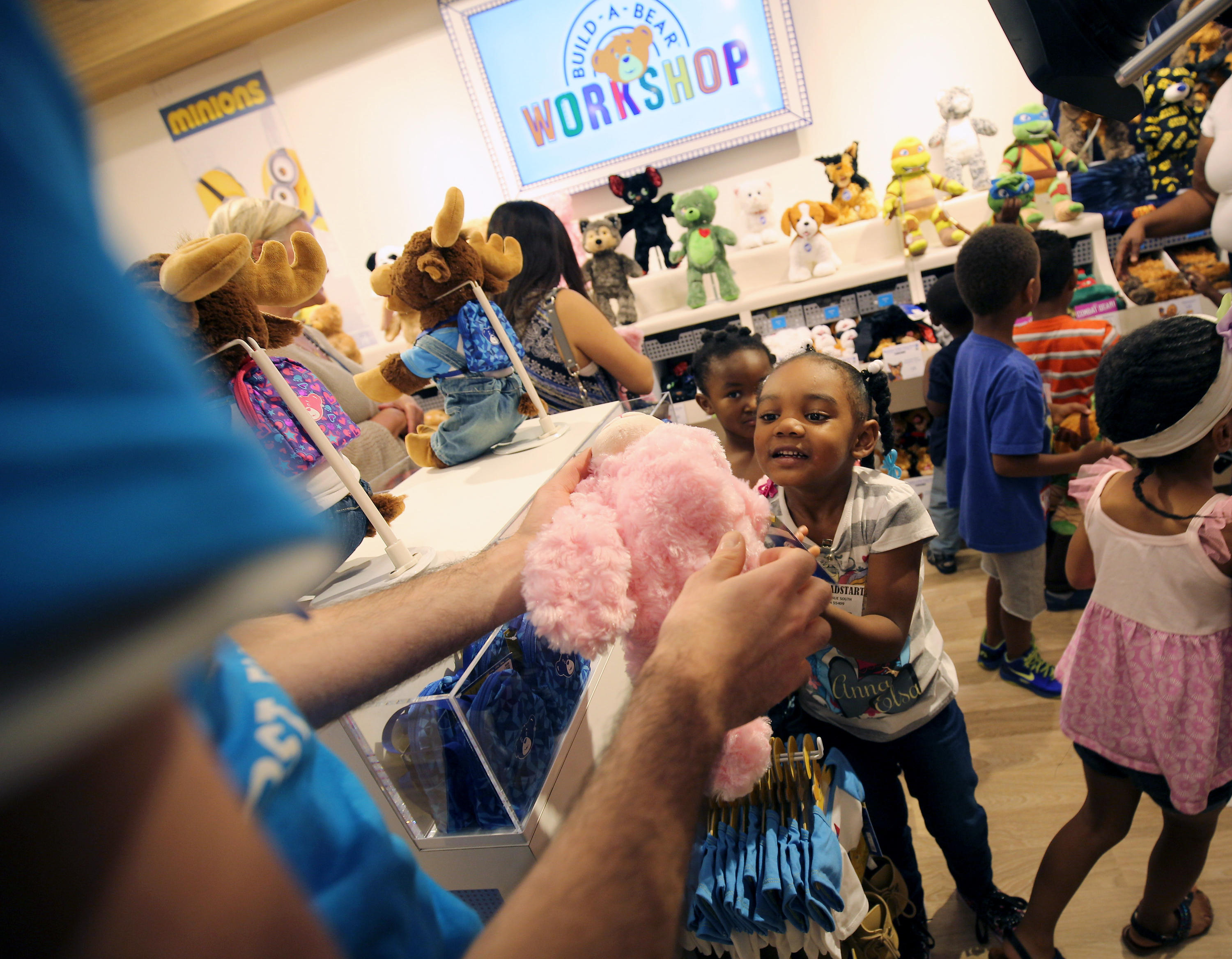 Despite crowds of children barely able to contain their excitement, Build-A-Bear Workshop halted its first-ever "Pay Your Age" sale on Thursday after chaos and long lines took over stores throughout the U.S. The discount let patrons purchase a furry friend according to how old the child is. Build-A-Bear dubbed it as its "biggest-in-store deal ever."

The company's website says it couldn't allow additional people at its Build-A-Bear Workshop locations due to "crowd and safety concerns."

"We have closed lines in our U.S. stores. We understand some of our Guests are disappointed and we will reach out directly as soon as possible," the update said.

At the University Park Mall in Indiana, CBS affiliate WSBT described the line for the Build-A-Bear Workshop store there as "insane." An accompanying video showed parents and children in a line that appeared to wrap around the inside of the mall.

The customizable stuffed animals usually retail for $25 or more, but during the promotion anyone who brought a child would only have to pay as much as the child's age. So a parent with a 2-year-old could get a coveted bear for just $2.

To take part, however, parents or guardians had to enroll in a no-cost Build-A-Bear Bonus Club rewards program by giving the retailer a valid email address and name. The company previously said stores will let customers buy a stuffed animal and come back another time to "build" it when the workshop is less hectic.

Many people were disappointed and blamed the company for poor planning on its Facebook page.

"Build-a-bear Workshop. This was an incentive for those who are bonus club members. You should have never advertised it to the general public and only emailed invites out to bonus club members," one commenter wrote.

"This clearly was NOT thought out," said another. "You would have been far better off sending out a coupon to all BAB members for a one time pay your age bear per family member to be used in the month of July. I guarantee you would have had so many less problems."