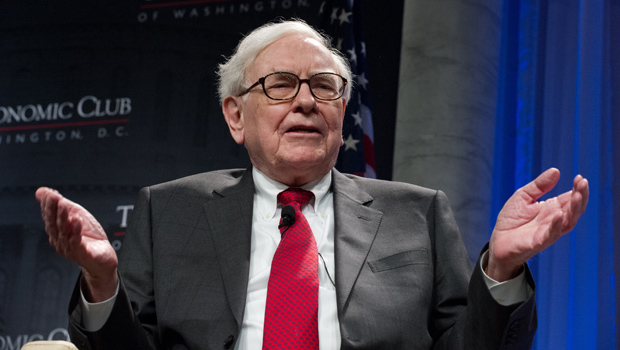 Buffett said the current tax system has contributed to the growing gap between rich and poor. He said he supports President Barack Obama's proposal to end the Bush tax cuts for the wealthy, but he'd prefer setting the point where taxes increase at $500,000 income instead of the $250,000 the White House proposed.

Buffett expressed his views on fiscal policy Monday in an opinion article that appeared in The New York Times (NYT) on the same day Congress returned from the Thanksgiving holiday.

"Let's forget about the rich and ultrarich going on strike and stuffing their ample funds under their mattresses if - gasp - capital gains rates and ordinary income rates are increased," Buffett said. "The ultrarich, including me, will forever pursue investment opportunities."

Buffett, who is chairman and CEO of Omaha-based Berkshire Hathaway (BRK.A), has complained for several years that Congress has been coddling the wealthy, and Obama even called one of his tax reform proposals the "Buffett Rule."

Buffett reiterated his call for a minimum tax of 30 percent on income between $1 million and $10 million, and a 35 percent rate for income above that.

He said both Republicans and Democrats will have to make major concessions to deal with the nation's fiscal problems. Congress is trying to address the so-called fiscal cliff of automatic tax increases and spending cuts that could be triggered at the start of the new year.

"All of America is waiting for Congress to offer a realistic and concrete plan for getting back to this fiscally sound path," Buffett said. "Nothing less is acceptable."