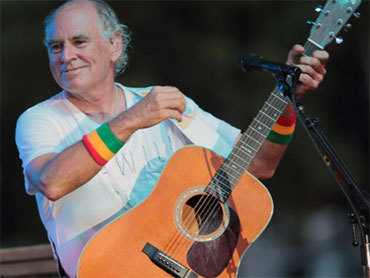 Jimmy Buffett says Gulf Coast residents have every right to be mad about the Deepwater Horizon oil spill, but he's hoping a free beach concert will help lift spirits.

Buffett and his band will play Sunday on the beach in Gulf Shores, Ala., which has been sporadically hit by oil for weeks.

The show was originally set for last week but had to be postponed because of bad weather from Hurricane Alex. Instead, he gave an impromptu free show at his sister's waterfront restaurant in Gulf Shores last Wednesday.

Buffett grew up on the Alabama and Mississippi coasts. He told The Associated Press in an interview Tuesday that he was as mad anyone about the oil spill.

He says he's doing the show to help draw visitors to the coast and ease frustrations.