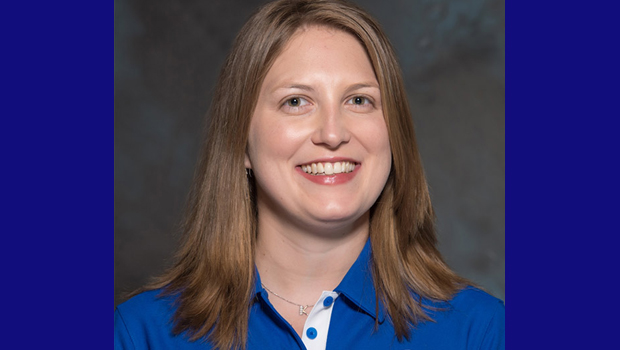 ORCHARD PARK, N.Y. -- The Buffalo Bills are making history after hiring Kathryn Smith as the first female full-time assistant coach in the NFL.

"Kathryn Smith has done an outstanding job in the seven years that she has worked with our staff," Ryan said in a statement. "She certainly deserves this promotion based on her knowledge and strong commitment, just to name a couple of her outstanding qualities, and I just know she's going to do a great job serving in the role of Quality Control-Special Teams."

Next season will be Smith's 14th working in the NFL, the Bills said.

WIVB reported that Smith followed Ryan when he moved from the New York Jets to the Bills. She started her career with the Jets as an intern and quickly worked her way up, eventually to assistant to the head coach. In Buffalo, she served as Ryan's administrative assistant.

"Kathryn has been working in a football administrative role and assisted the assistant coaches for years. She has proven that she's ready for the next step, so I'm excited and proud for her with this opportunity," Ryan said of Smith.

Ryan said he consulted with Bruce Arians, head coach of the Arizona Cardinals, who made waves when he hired Jen Welter as a training camp assistant coach. Welter's position, however, did not extend past camp.

Last month, the Seattle Mariners hired Amanda Hopkins as an area scout. In announcing the hiring, the team said Hopkins is believed to be the first female hired as a full-time scout by a major league team since the 1950s.

"You can see the success some of these young ladies are having in the coaching profession, such as the young lady that is an assistant to Coach (Greg) Popovich at the San Antonio Spurs, and realize how exciting this is for women like Kathyrn Smith, as well as the Bills organization," Ryan said.