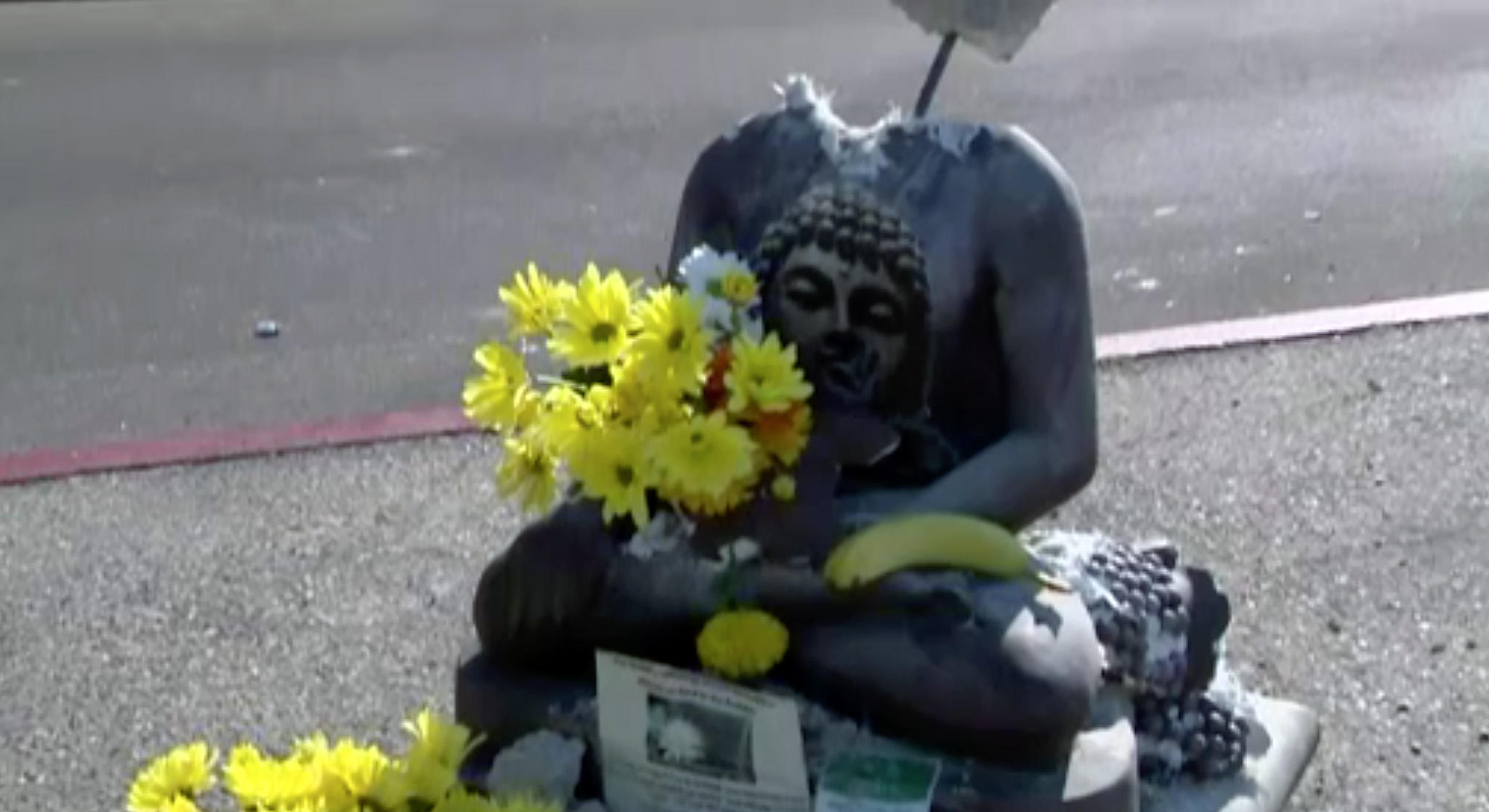 LOS ANGELES -- Residents in the Los Angeles neighborhood of Palms are upset after a vandal repeatedly destroyed a popular Buddha statue in the community, CBS Los Angeles reports.

"It's not something you see in every neighborhood. So I think it has touched a lot of people," resident Amy Gallo said.

Just a few months ago, the median between National Boulevard and Jasmine Avenue was littered with trash until a Buddha a statue mysteriously appeared.

Neighbor Steven Frankel said it's not clear where it came from, but at that point, everything changed.

"There was no more garbage left anywhere near it. The area seemed clean. And beyond that, people started leaving donations at the statue," Frankel said.

Soon after, the statue was vandalized four times. The latest incident was last week, when the Buddha statue was decapitated.

"People are starting to come out and walk around and start to feel safe once again in this neighborhood. And this was just a nice offering of that. With the vandalism, it just dampens the spirit of the neighborhood," Gallo said.

"Someone had drove by and rolled down their window and screamed the word 'Islam' and then 'Nation of Islam,' at the statue and then sped off," Frankel said.

A few hours later, he said what appeared to be the same man hit the statue with a sledgehammer.

It had already been replaced once, and the statue's head was reinforced with rebar.

Lee Wallach with the area's Motor Avenue Improvement Association said he worried the vandal was still out there.

"There is no link to Muslim extremism. This is actually a community that embraces all kinds of religions," Wallach explained.

Neighbors plan on filing a police report. But until then, they are keeping an eye out for the vandal.

"There's just something about the statue that brings people in the area together," Frankel pointed out.

The community has started an online fundraiser and is hoping to raise $5,000 to replace the statue and install security cameras.