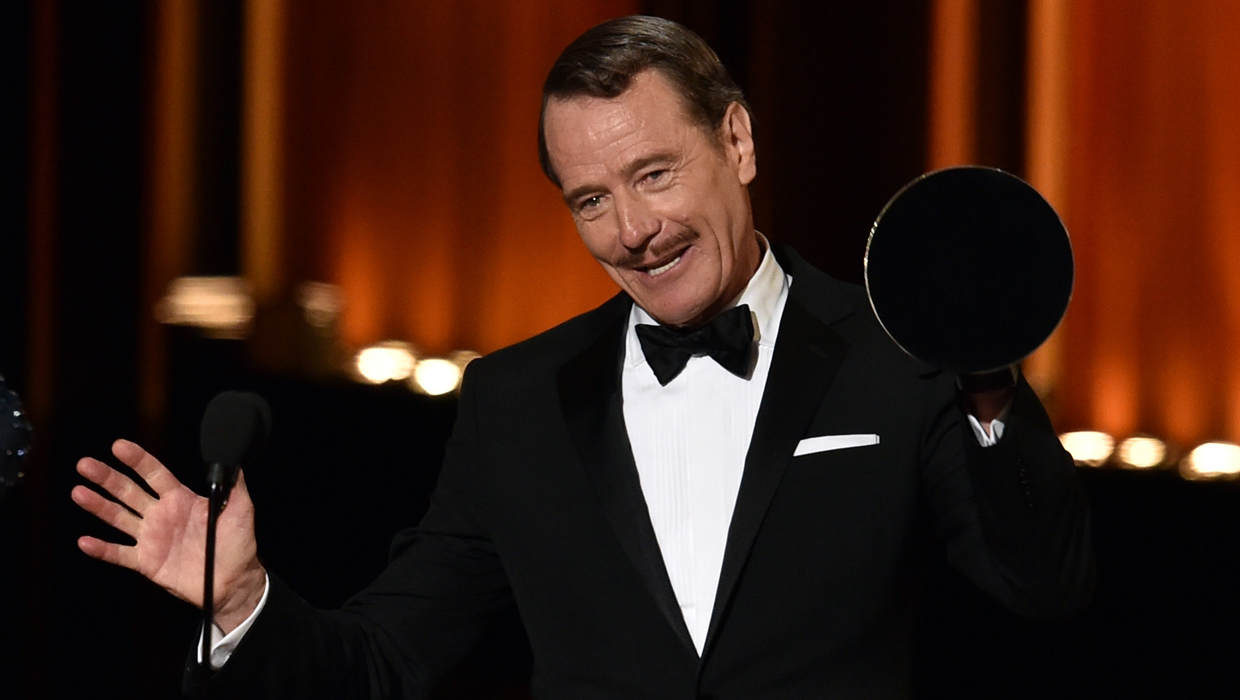 It's the end of an era -- Bryan Cranston has won his final Emmy for playing Walter White on "Breaking Bad."

The actor accepted his fourth lead actor in a drama series award Monday night for his portrayal of the chemistry-teacher-turned-meth-kingpin that fellow characters feared and TV watchers rooted for through to the show's climactic end last year.

"Even I thought about voting for Matthew [McConaughey]," Cranston quipped of his "True Detective" competition as he accepted the award.

"I don't know why I have been blessed with an abundance of good fortune in my life," he added. "I did happen to stumble upon finding a passion that created a seed and bloomed into something so wonderful for me. I love to act and it is a passion of mine, and I will do it until my last breath."

"I'd like to dedicate this award to all the 'Sneaky Petes' of the world who thought that maybe settling for mediocrity was a good idea because it was safe," Cranston said. "Don't do it. take a chance. Take risk. Find that passion, rekindle it. It's really worth it. God bless you."

Cranston also thanked "Breaking Bad" creator Vince Gilligan for "making it possible for me to have this role of a lifetime." He also thanked his co-stars. "My dear friend Aaron Paul -- I love you so much," he said, then said to his on-screen wife Anna Gunn: "I love you, and especially those scenes in bed."

"Breaking Bad" also won the Emmy for best drama series, and Paul and Gunn both picked up supporting actor honors for their roles on the series.

Cranston's victory, which ties him with fellow four-time champ Dennis Franz, wasn't his only highlight of the night -- he also earned laughs for bantering with his one-time "Seinfeld" co-star Julia Louis-Dreyfus and then making out with her later in the telecast as she went to accept her Emmy for "Veep."