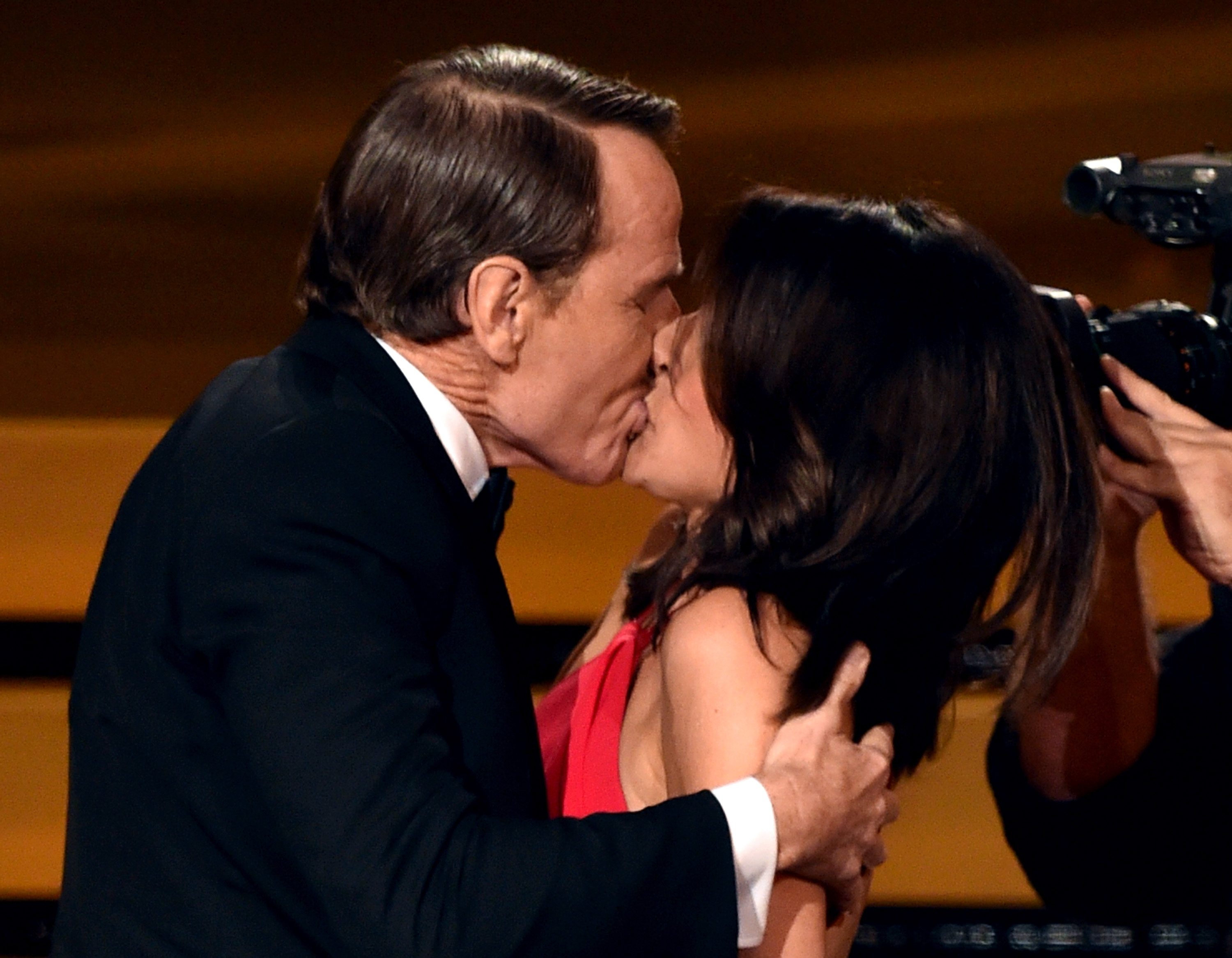 Julia Louis-Dreyfus didn't just win an Emmy Award on Monday night for "Veep," she also had a full-on make out session with Bryan Cranston.

While heading to the stage to accept her award for HBO's "Veep," Cranston ran up to Louis-Dreyfus, grabbed and French-kissed her on her lips.

Though this was definitely unexpected, there's a little story behind the lip-lock. Before he starred as Walter White in "Breaking Bad," Cranston played a love interest for Louis-Dreyfus' Elaine character on "Seinfeld." He played dentist Tim Whatley on the hit '90s series.

And there was some lead-up to the smooch, too. Louis-Dreyfus starred in a hilarious Emmys promo with Cranston last week, and earlier in the Emmys telecast they presented together and joked about playing one-time love interests on "Seinfeld."

According to The Associated Press, backstage at the Emmys, Louis-Dreyfus said, "He went for it and I appreciate it."