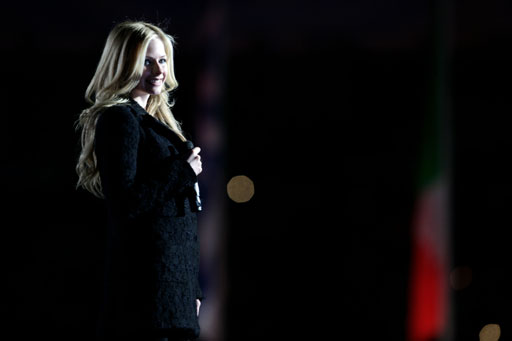 The Los Angeles Dodgers were in serious need of something good to happen, and Kevin Brown was good.

Brown won a pitching duel over Randy Johnson and the Dodgers snapped a five-game losing streak with a 2-1 victory over the Arizona Diamondbacks Sunday night.

"Obviously we haven't been playing well," said Eric Karros, whose 200th career home run provided the winning margin. "For us right now, any victory is huge."

Brown (11-6) allowed just three hits and an unearned run over eight innings as the Dodgers ended Arizona's five-game winning streak and avoided being swept in their three-game series in the desert.

Brown struck out seven and walked three. Time and again, Arizona batters popped out or grounded out. They managed to hit the ball out of the infield just four times.

"I got guys out. I guess that's what counts," Brown said. "You know it's going to be a tough night when you're facing Randy."

Brown was able to keep batters off balance.

"It was just a mixture of things tonight," he said. "That was probably the key, moving things around, mixing things up."

The only hits Arizona could manage were Steve Finley's second-inning single, a double by Matt Williams in the fourth and Andy Fox's infield single in the seventh.

"I always like the way Brownie throws but I really liked the way he was throwing tonight," Dodgers manager Davey Johnson said. "He made a lot of great pitches. The guys who usually give him trouble didn't. Nobody hit the ball on the nose of the bat."

Jeff Shaw pitched a scoreless ninth for his 21st save in 22 opportunities.

The score was identical to the 2-1 victory Brown and the San Diego Padres had over Johnson and the Houston Astros in last year's divisional playoffs. The two pitchers are scheduled for another showdown Friday night in Dodger Stadium.

"I made a couple of mistakes," Johnson said. "When you give up a couple of runs and a pitcher like Kevin Brown is on, it makes for a long day."

Karros, who scored both Dodger runs led off the sixth with his 23rd home run of the season, an opposite-field shot, for what proved to be the game winner.

"You don't try to do too much against a guy like Johnson," Karros said. "I was just trying to put the bat on the ball. It was a fastball. It was more luck than anything."

Johnson (10-8) failed to get more than a run from his team for the fifth time in seven starts.

In those outings, Johnson is 1-5 despite never giving up more than two runs in a game.

Arizona manager Buck Showalter decided against lifting Johnson for a pinch hitter in the seventh with a runner on second and one out. Johnson grounded out, then Tony Womack popped out, stranding the runner.

Johnson left after giving up singles to Jose Vizcaino and Gary Sheffield to lead off the eighth. Reliever Bobby Chouinard came on to retire three of four batters to end the threat.

Johnson, who threw a season-high 143 pitches, allowed eight hits, struck out 11 and walked one. Brown also had a season high in pitches with 121.

The Dodgers snapped Johnson's streak of 23 consecutive scoreless innings with a run in the fourth.

With one out, Karros walked and Devon White singled for the second time in the game. Raul Mondesi followed with a bloop single to left. Karros could have scored easily on the play because left fielder Luis Gonzalez bobbled the ball. But he scampered back to third, then scored on Adrian Beltre's sacrifice fly to center field.

Arizona tied it 1-1 with an unearned run in the fifth. Fox led off with a walk. With two outs, Fox stole second, then Tony Womack grounded up the middle. The second baseman Vizcaino backhanded the ball, but threw far over the head of the first baseman Karros and Fox scored easily. Womack stole second and advanced to third when catcher Angel Pena's throw bounced in front of second and sailed into center field. But Gonzalez grounded out to second to end the inning.

Johnson, the runaway strikeout leader in the majors with 240, struck out at least 10 in a game for the 15th time this season and 117th time in his career.