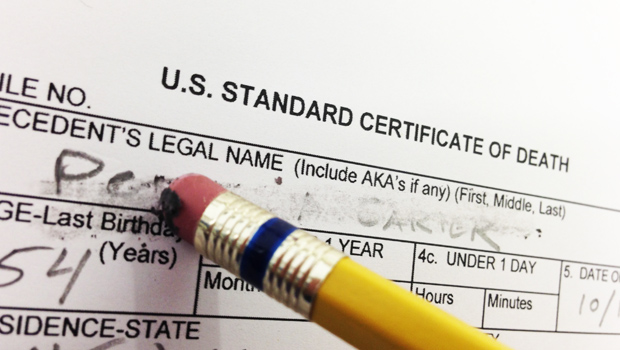 Bringing the dead back to life has been a dream of humankind since the beginning of time. But could revival ever become reality? Our Cover Story is reported by Tracy Smith:

Joe Tiralosi, of Brooklyn, N.Y., has always been an optimist. He says life is good . . . especially now.

Five years ago, Tiralosi -- then 56 and in good health -- was at work as a driver in New York City one hot August day when he felt sick . . . really sick.

"I just suddenly didn't feel like myself," he recalled. "I didn't know what it was.

"So I called home and I spoke to my wife and I told her, 'I don't feel good. I think I want to just come home.' And that's when she said to me, 'Why don't you just go to the hospital?'"

He walked into New York Presbyterian on his own power -- and promptly dropped dead.

"It was like they shut the lights out and I just collapsed and fell on the floor. My heart stopped, and the nurse was -- I heard screaming. And that was it."

But that wasn't it.

Tiralosi was brought back from the dead. He says it was divine intervention, but it's also a testament to perseverance of his medical team, and the power of some bone-chilling cold.

Consider the scene from the 1997 blockbuster "Titanic": the big ship has gone down, and the icy water has apparently taken its toll on the 1,500 victims.

"Is there anyone alive out there?" yelled an officer of the RMS Carpathia.

"Now, the reality is we know that today if those people had been found, many of them could potentially have been saved," said Dr. Sam Parnia, "because by virtue of dying in ice cold water, their brain and their cells would've been preserved.

"People who had died could've been saved if they had died today, and if -- and I say this with a capital "I" -- if all the right care had been provided them."

He told Smith the level of progress in resuscitation after people die has advanced enormously: "It's astonishing."

Dr. Parnia runs the resuscitation research program at New York's Stony Brook University Medical School, and in his new book, "Erasing Death," writes that death really isn't a moment, but a process that can be interrupted and often reversed, with the help of new techniques.

In the century since the Titanic, for instance, we've learned a few things about cold water.

In 1986, two-and-a-half-year-old Michelle Funk drowned in an icy stream in Utah. The little girl was submerged for more than an hour, and technically dead. But the cold water chilled her down to 66 degrees, enough to stave off brain damage. Little Michelle woke up and, as Susan Spencer reported, went on with her life.

Michelle doesn't remember anything about her ordeal, but Spencer said, "her doctors will never forget it."

Today, cooling devices do much the same thing as that icy stream: it chills people whose hearts have stopped and preserves their brains until doctors can figure out how to get their hearts going again.

Cooling, said Dr. Parnia, "buys us time. So, for example, if somebody were to suddenly collapse and die at home, what we could do is go into the freezer and take out our frozen peas, frozen vegetables, put them on the body, and try to do CPR at the same time, so we can slow down the rate by which they're getting brain damage."

But despite what we've learned, the chances of being brought back from the dead are still pretty small.

Last year in the U.S., just under 24 percent of those who had a cardiac arrest in a hospital survived the experience. Outside a hospital, the survival rate was less than 10 percent.

One of the reasons, Dr. Parnia says, is that emergency workers sometimes quit CPR too soon.

"It's harder than your tough workouts in the gym," he said. "And if you do this for a while it gets very, very tiring. People get out of breath. So imagine trying to do it for an hour."

Compression machines can carry on for an extended time, because longer is often better.

"A lot of doctors will stop compressions after about 20 minutes," said Dr. Parnia. "But we know from research that if you go on for 40 minutes to an hour, your chances of bringing someone back to life is much, much higher."

In Joe Tiralosi's case, it was all by hand.

How many people gave Tiralosi compressions? "I don't know the number. Dozens, many, many people all taking turns."

And so, after about 4,500 chest compressions -- and nearly an hour in the cooling suit -- Joe Tiralosi's doctors brought him back: cold, fragile, but alive.

"What'd they give you that day?" asked Smith

"I heard there was quite a concoction of certain medications," he said.

"But I mean, bigger than that, what'd they give you?"

"Well, gave my life back; they gave me the chance to live again," Tiralosi said. "Sometimes people tell me, 'You know, being back, what's the best day that you can remember?' And honestly, every day is the best day to remember."

There is, of course, no way to measure what it all means to Joe's wife, Janet; son, Joey; or daughter, Christina.

When asked what it's like to have her father sitting there, Christina said, "It's awesome. It's amazing. You know, he's here every day. I'm so grateful and I'm so happy to be with him."

Life is even sweeter, it seems, when you've fought death -- and won.