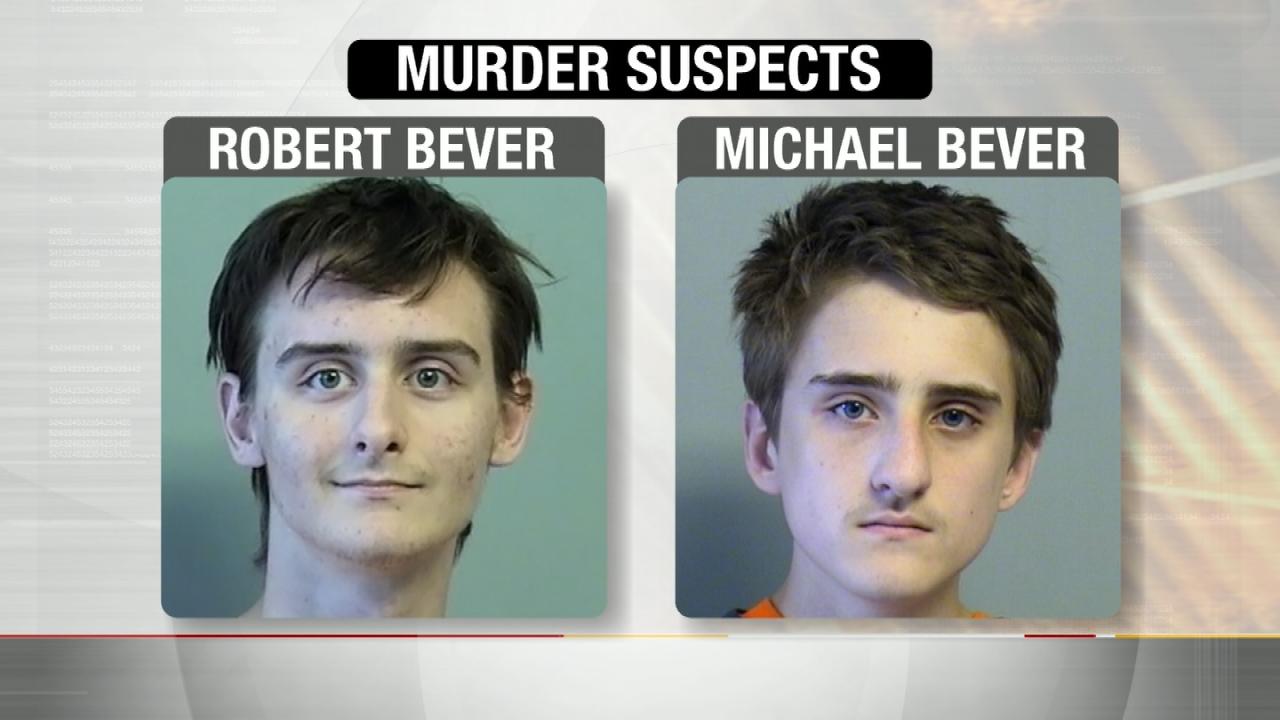 Robert Davis Bever, 18, and Michael John Bever, 16, were each charged with five counts of first-degree murder in the July 22 deaths of their parents, David Bever, 52, and April Bever, 44, and their siblings, Daniel Bever, 12; Christopher Bever, 7; and Victoria Bever, 5.

The brothers were also charged with one count of assault and battery with intent to kill involving multiple stabbings inflicted on a 13-year-old sister who survived the attack.

Robert and Michael Bever are scheduled to make an initial appearance on the charges in Tulsa County District Court Monday, according to court Clerk Sally Howe Smith's office. Court records did not show whether the brothers are represented by an attorney.

Tulsa County District Attorney Steve Kunzweiler, whose office filed the charges, has said Michael Bever will be tried as an adult.

Officers responding to a 911 call in the Tulsa suburb of Broken Arrow found blood on the front porch and heard a voice inside crying out for help, authorities said. Officers entered the residence and found the 13-year-old girl lying on the floor with multiple stab wounds.

The girl, according to Robert Bever's arrest report, named Robert and Michael Bever as the people who attacked her and the rest of her family. A 2-year-old girl was found unharmed in an upstairs bedroom and has since been placed with relatives after initially being taken into state custody.

A police dog tracked the two teens into a wooded area behind the family's home shortly after officers arrived on the scene, and two knives and a small hatchet were discovered inside the home, police said.