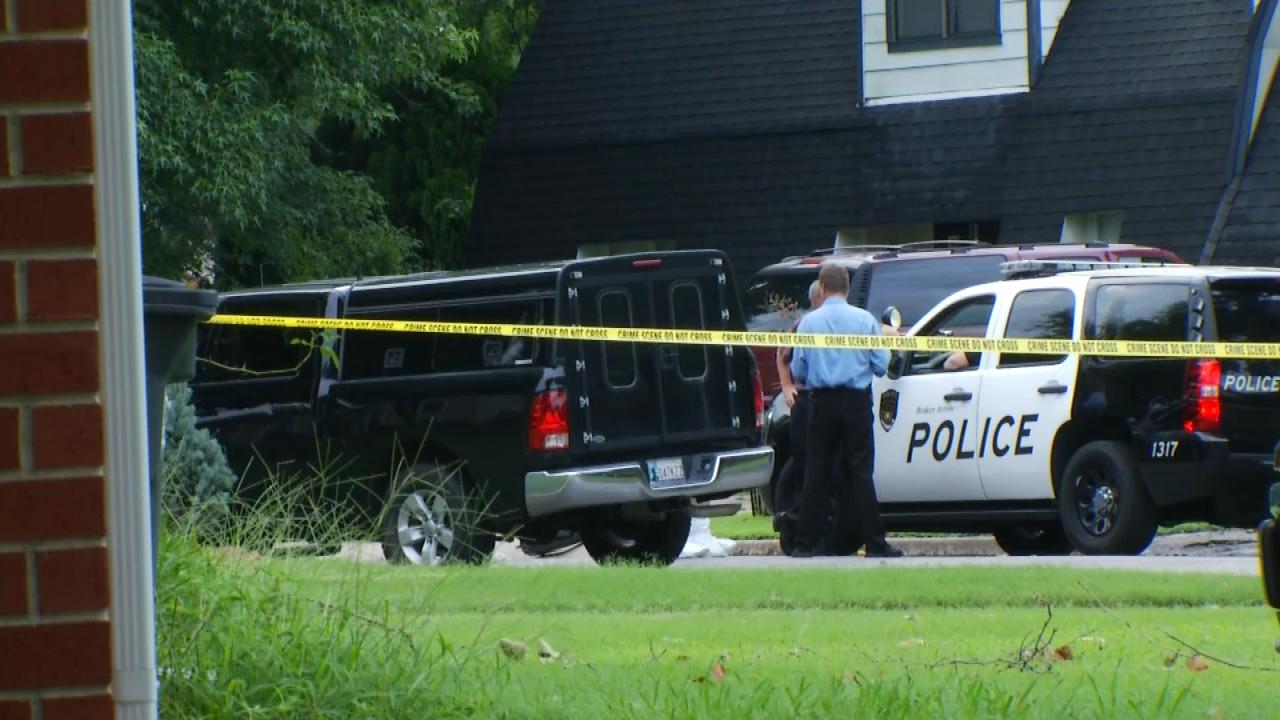 OKLAHOMA CITY -- A Broken Arrow couple and three of their children found dead inside their home last week all died from "multiple sharp-force injuries," the Oklahoma medical examiner's office confirmed on Monday.

The killings of David Bever, 52, his wife April Bever, 44, and siblings Daniel Bever, 12, Christopher Bever, 7, and Victoria Bever, 5, have been classified as homicides, said office spokeswoman Amy Elliott. The final autopsy reports have not been released, Elliott said.

A mass murder like this one in the typically safe Tulsa area "isn't just unusual, it's unheard of," Cpl. Leon Calhoun of the Broken Arrow police department told 48 Hours' Crimesider last week.

Robert Bever, 18, is accused in a booking document of five counts of first-degree murder and a count of aggravated assault in the Wednesday night attack at the family's home in the Tulsa suburb. Prosecutors say they also plan to charge Bever's unidentified 16-year-old brother as an adult in the case.

A police dog tracked the two teens into a wooded area behind the family's home shortly after officers arrived on the scene, and two knives and a small hatchet were discovered inside the home, Broken Arrow Police Sgt. Thomas Cooper confirmed on Monday.

An unidentified 13-year-old sister was in serious but stable condition in a hospital and an unnamed 2-year-old sister wasn't harmed and was placed in state custody. The 13-year-old girl, who was found bleeding from multiple stab wounds, made statements to officers that "her brothers" were responsible for the attack, according to a police arrest affidavit.

Broken Arrow city officials have not released an audio recording of a 911 call made from inside the home during the attack, but Cooper described as "gruesome" the call that authorities believe was made by one of the boys just before he was killed.

Cooper said the caller reports that their brother is attacking the family before the caller and dispatcher have a short exchange about the location of the home.

"They're able to confirm the location, and then it basically goes to an open line for a little while and you can hear a struggle there and then it disconnects," Cooper said. "It's fairly short, but it's gruesome. Obviously the entire crime is gruesome, and the 911 call is just as bad."

Blanchett said the two teens are scheduled to be arraigned on Monday, Aug. 3, at which time a plea is expected to be entered on their behalf and a preliminary hearing date will be scheduled.