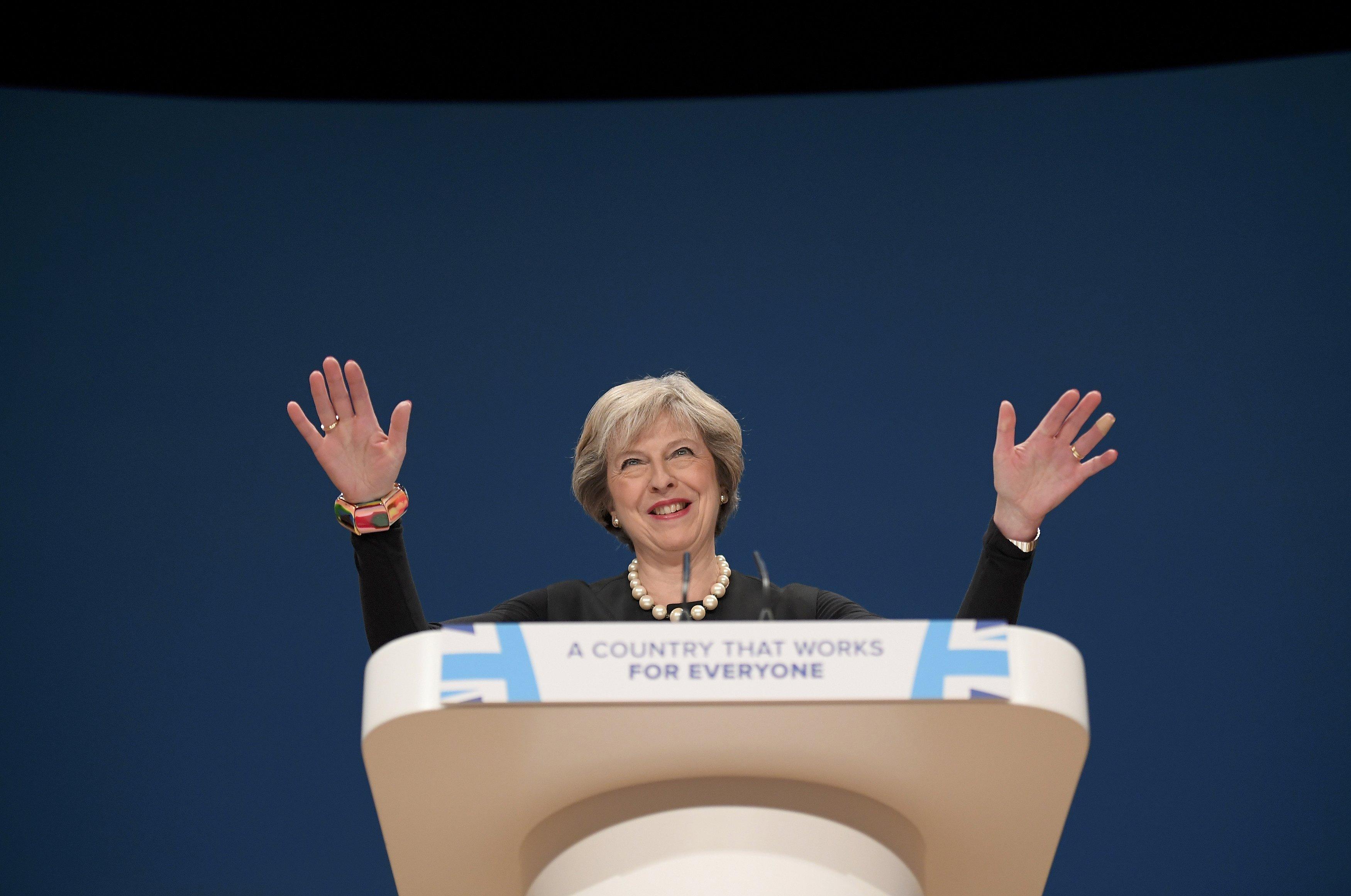 LONDON - Britain will trigger the formal process for leaving the European Union before the end of March, Prime Minister Theresa May said Sunday, putting to rest weeks of speculation on the timing of the move.

May outlined her vision for a post-EU Britain at her Conservative Party’s annual conference in Birmingham and took the first steps to making a British exit - or Brexit​ - a reality.

As her fellow lawmakers applauded wildly, May made it clear that the British people expected to see the moment “on the horizon” when Britain would leave - and that she was going to deliver.

While the prime minister previously had hinted she planned to initiate Britain’s EU exit early next year, many observers had speculated she would wait until France’s presidential election ends in May or perhaps even the Germany elections, set for the late summer or fall of next year.

But May insisted there would be no unnecessary delays in bringing it to pass - and that it would fight any legal challenges intended to derail the move. She sternly rejected the idea that the government would circumvent the result, making a face as she raised the idea to underscore her disdain.

Britain voted in a June referendum to leave the EU, but has not formally notified the bloc of its intentions by invoking the article of the EU treaty that would trigger negotiations. Doing so will launch two years of talks to work out the details of Britain’s future relationship with the single market.

While the two-year timetable is mandated by the EU treaty, it can be extended by a unanimous vote of the remaining members of the bloc.

The prime minister also said she would ask Parliament to repeal the European Communities Act, which automatically makes EU rules the law of the land in Britain.

May said her government instead would incorporate all EU laws into British law and then repeal measures as necessary on a case-by-case basis.

“That means that the United Kingdom will be an independent, sovereign nation,” she said. “It will be making its own laws.”

May said that by offering a timetable now, she hopes to encourage the two sides to engage in preliminary work that would help the negotiations go smoothly once they begin. EU leaders so far have rejected any such discussions.

The president of the 28-nation EU’s governing European Council, Donald Tusk, offered a tweet in support of her position. He had told her at a recent Downing Street meeting that the “ball is now in your court.”

One of the biggest sticking points in any talks will be immigration. The free movement of labor is a founding principle of the EU, and millions of EU citizens live and work in Britain.

The perception that immigrants have strained public services and changed the face of many communities was a factor for many British citizens who voted to leave the EU. May said that she intends to heed public opinion on that point.

“Apart from the message of leaving the European Union, I think there was also a clear message from the British people that they wanted us to control movement of people from the EU coming into the UK, so we will deliver on that,” she said.

May also flatly rejected the idea that elements within the United Kingdom might be able to negotiate a deal for themselves. The message was clearly aimed at Scotland, which only narrowly rejected an independence move in 2014 and had voted overwhelmingly to stay in the EU. Scotland wants a place at the table because of its numerous trade ties with the EU.

Critics quickly pounced on the first tangible moves on the process in weeks. Conservative Anna Soubry, a former minister who is in the Tory pro-Europe wing of the party, told ITV that she was concerned that May would trigger the article so soon, warning that companies such as Nissan might leave without a deal on the single market.

“The other thing that’s got to be said is this - this idea that we hold the cards and that the EU is going to come to us and say ‘do you know what, we’ll give you pretty much what you want’, - the idea we’re going to get anything like we’ve got now is rubbish.”

The opposition Labour Party asked for more clarity on the proposals.  Stephen Kinnock, a member of Parliament from Aberavon, said May has yet to say what leaving will mean in practice.

“The Brexit process will give this government more power to re-shape Britain than any government has had since the Second World War,” he said in a statement. “And yet what Brexit means is still unclear, and the government has no specific mandate for its negotiating position, assuming that it has one.”