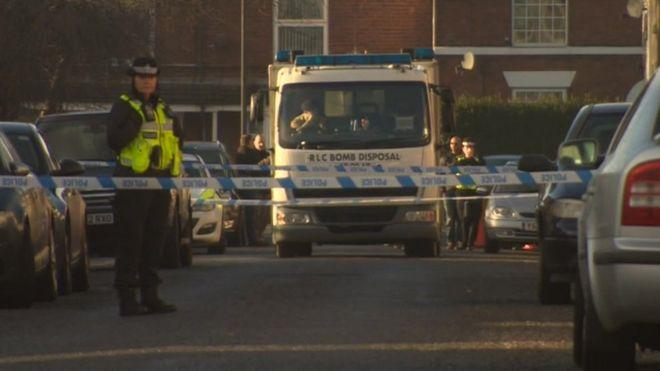 Counter-terrorism police detained the four men at their homes in Sheffield and Chesterfield in the early morning. Officers then cordoned off one of the houses and evacuated local residents as bomb experts arrived and searches were carried out.

The men, aged 22 to 41, were questioned at a police station. Police said the arrests were "intelligence-led and pre-planned" as part of an ongoing investigation.

The men have not been charged and were not identified.