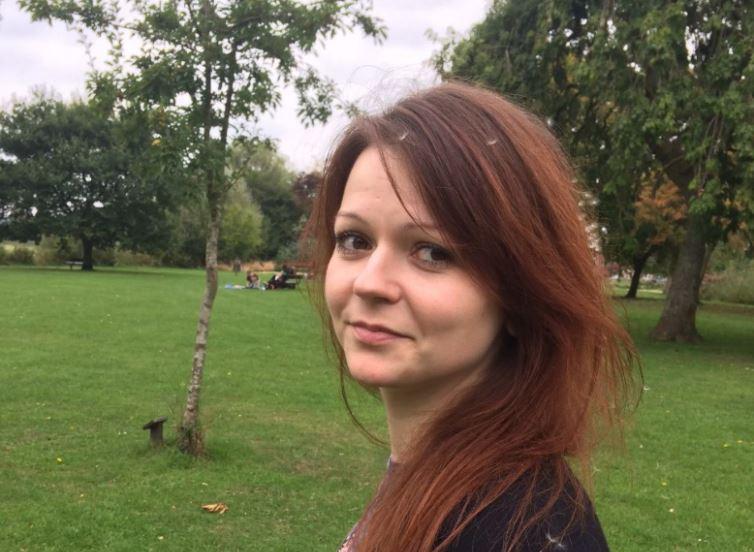 LONDON -- The health of a Russian former double agent's daughter was "improving rapidly" in a U.K. hospital and she was no longer in critical condition, British health officials said Thursday. The suspected target of the "Novichok" nerve agent attack, Sergei Skripal, remained in critical but stable condition, according to the Salisbury National Health Service Trust.

The Trust said in a statement that Yulia, who is in her mid-30s, was "improving rapidly and is no longer in a critical condition. Her condition is now stable."

Dr Christine Blanshard, Medical Director for Salisbury District Hospital, said in the statement that Yulia had "responded well to treatment but continues to receive expert clinical care 24 hours a day."

On Wednesday, British police said the Skripals were probably poisoned at the front door of the former spy's home in Salisbury, southwestern England. It was the first time police have said where specifically they thought the pair might have been poisoned.

The highest concentration of nerve agent found so far was on the Skripals' front door in Salisbury, and detectives plan to focus their investigation in the surrounding area, London's Metropolitan Police force said in a statement.

"At this point in our investigation, we believe the Skripals first came in contact with the nerve agent from their front door," Deputy Assistant Commissioner Dean Haydon said in the statement.

Police have also searched a variety of sites around Salisbury, including a pub, a restaurant and a cemetery.

Britain has blamed Russia for the attack, triggering the expulsion of about 150 Russian diplomats from the U.K., U.S. and their Western allies. Russia has vowed to respond, but a senior diplomat said Wednesday there is no hurry to retaliate.

Russia vehemently denies Britain's accusation that it was behind the March 4 attack.

Russian Deputy Foreign Minister Sergei Ryabkov told the RIA Novosti state news agency that Moscow is "thoughtfully and thoroughly" considering its response. Separately, he was quoted by the Interfax news agency as saying the expulsions were directed by London and Washington, adding that other nations succumbed to their pressure. He added that "all options are on the table" regarding Russia's response.

Skripal was imprisoned in Russia after he sold secrets to British intelligence. He was released in a 2010 spy swap and moved to Britain.

Britain says the Skripals were poisoned with a nerve agent developed in Soviet times and that it must have come from Russia. Russian officials complain that Britain hasn't presented evidence to back up the accusation.

The Russian Foreign Ministry said Wednesday that British special services could have been behind the poisoning. British officials have previously rejected such Russian claims as nonsense.