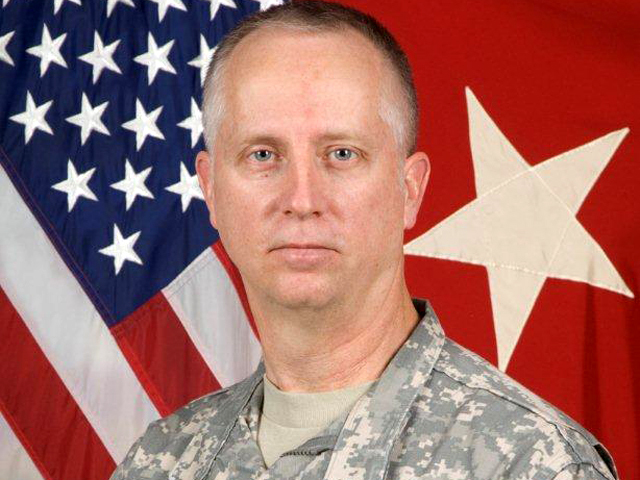 (AP) SEOUL, South Korea - An American general has been replaced after reports quoted him as saying U.S. and South Korean special forces have been parachuting into North Korea on espionage missions.

Brig. Gen. Neil Tolley was quoted as making the comments during a conference in Florida last month. Both he and the military later said that no special operation forces have been sent into North Korea.

The U.S. military command in Seoul said Tuesday the departure of Tolley is a routine personnel change.

Tolley started his job as chief of U.S. special forces in South Korea in October 2010, and officials say the posting usually lasts about two years.

News of Tolley's departure came a day after North Korea's military warned that troops have aimed artillery at the specific coordinates of South Korean media groups as Pyongyang threatened a "merciless sacred war" over perceived insults.

The North Korean statement, which expresses outrage over South Korean media criticism of ongoing children's festivals in Pyongyang, is the latest in a series of threats aimed at Seoul's conservative government and news agencies following the December death of Kim Jong Il, the father of new leader Kim Jong Un. North Korea hasn't yet acted on its threats of violence.

Still, Monday's comments from the General Staff of the Korean People's Army contained an unusually specific mention of the longitude and latitude of the locations of seven media outlets. North Korea said it had targeted those agencies and would attack if Seoul doesn't apologize for orchestrating a "vicious smear campaign" against the festivals in the North's capital.

In Seoul, the Unification Ministry, which handles relations with the North, called the statement a "grave provocation."

"It's too serious to put aside," ministry spokesman Kim Hyung-suk told reporters.

Ties between the divided Koreas are at a low point following a failed North Korean rocket launch in April that Washington, Seoul and others have called a cover for a test of long-range missile technology. North Korea says the rocket, which broke apart shortly after liftoff, was meant to launch an observational satellite.

Among the South Korean media groups North Korea threatened was Channel A, a television network affiliated with the conservative Dong-a Ilbo newspaper, which has described the children's festivals in Pyongyang as an Adolf Hitler-style "political show."

Channel A and other South Korean media have reported this year's celebrations will be the North's largest ever, saying Kim Jong Un is trying to obtain allegiance from children who will join the army in a few years under a mandatory conscription system.

"Officers and men of the army corps, divisions and regiments on the front, and strategic rocket forces in the depth of the country, are loudly calling for the issue of order to mete out punishment," according to the North's statement, carried by the official Korean Central News Agency.

Calls to Channel A's public affairs office weren't immediately answered and no relevant statement was posted on the network's website.

About 20,000 children across North Korea are celebrating the 66th anniversary of the Korean Children's Union, according to KCNA. During the six-day festival that began Sunday, children planned to tour Pyongyang, participate in political and cultural events and visit a zoo and restaurants, the agency said.

The two Koreas are still technically at war because their 1950-53 war ended with an armistice, not a peace treaty.