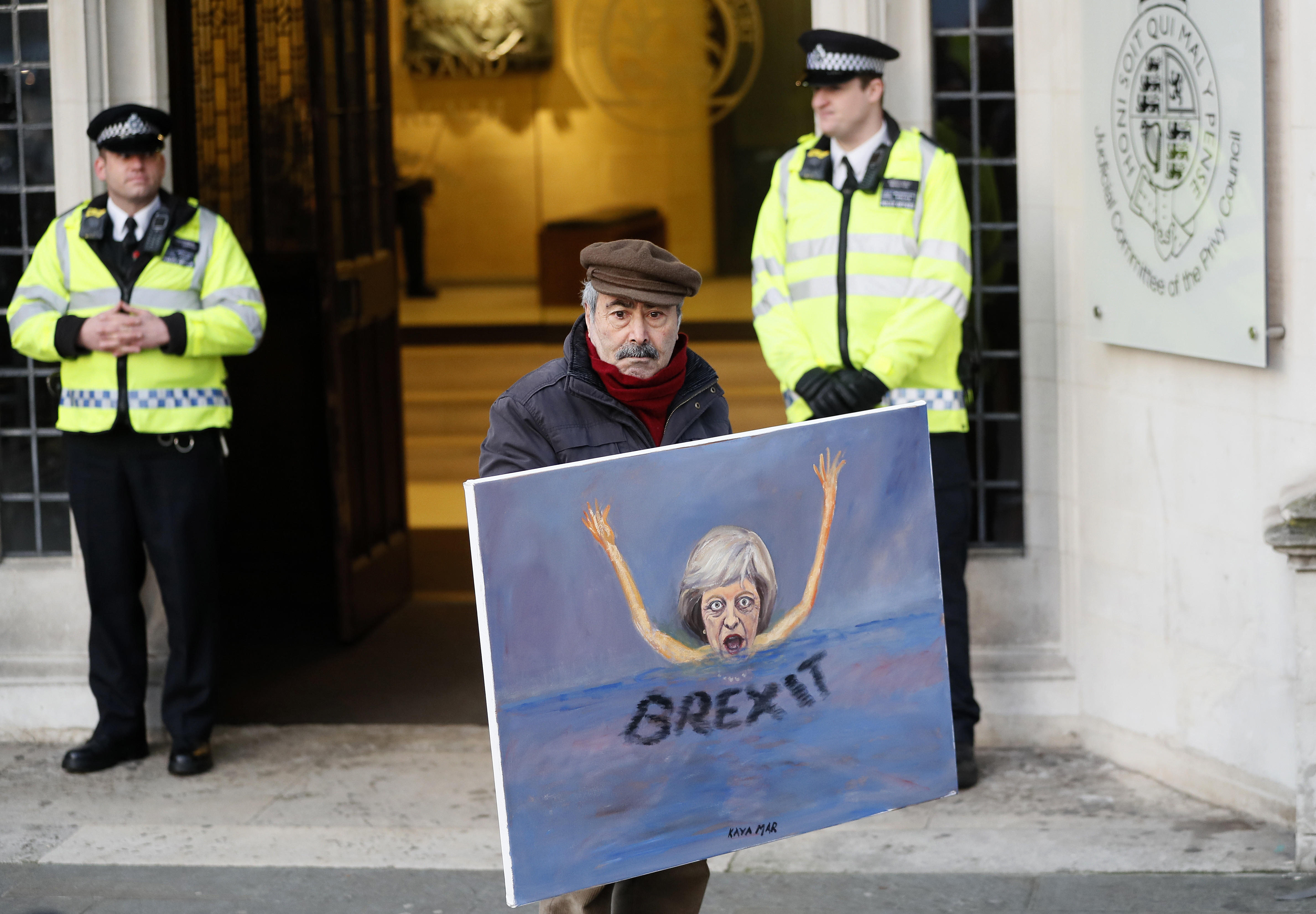 LONDON -- Britain’s Supreme Court says the government must get parliamentary approval before starting the process of leaving the European Union, or “Brexit,” potentially delaying Prime Minister Theresa May’s plan to trigger negotiations by the end of March.

Supreme Court President David Neuberger says the vote was a majority of 8-3. The court also unanimously decided that there’s no need to consult Scotland, Wales, Northern Ireland on Brexit.

British Attorney General Jeremy Wright said that the government would comply with the ruling, and that a statement would be made in Parliament later.

Tuesday’s ruling will raise hopes among pro-EU politicians that they will be able soften the terms of the U.K.’s withdrawal from the bloc.

“Leave” campaigners have objected, saying Parliament shouldn’t have the power to overrule the electorate, which voted to leave the EU in a June 23 referendum.

The 11 justices effectively upheld an earlier ruling giving Parliament a direct role in invoking Article 50 of the EU’s Lisbon Treaty, refuting the government’s claim that it could do so without a vote in Parliament.

Article 50, which has never been used before, starts the formal process of taking Britain out of the 28-nation EU.

Prime Minister Theresa May has said recently, after declaring that she would unilaterally trigger Article 50 by the end of March, that she will give Parliament a vote before taking that action. Now she is required to do so, according to the highest court in Britain.