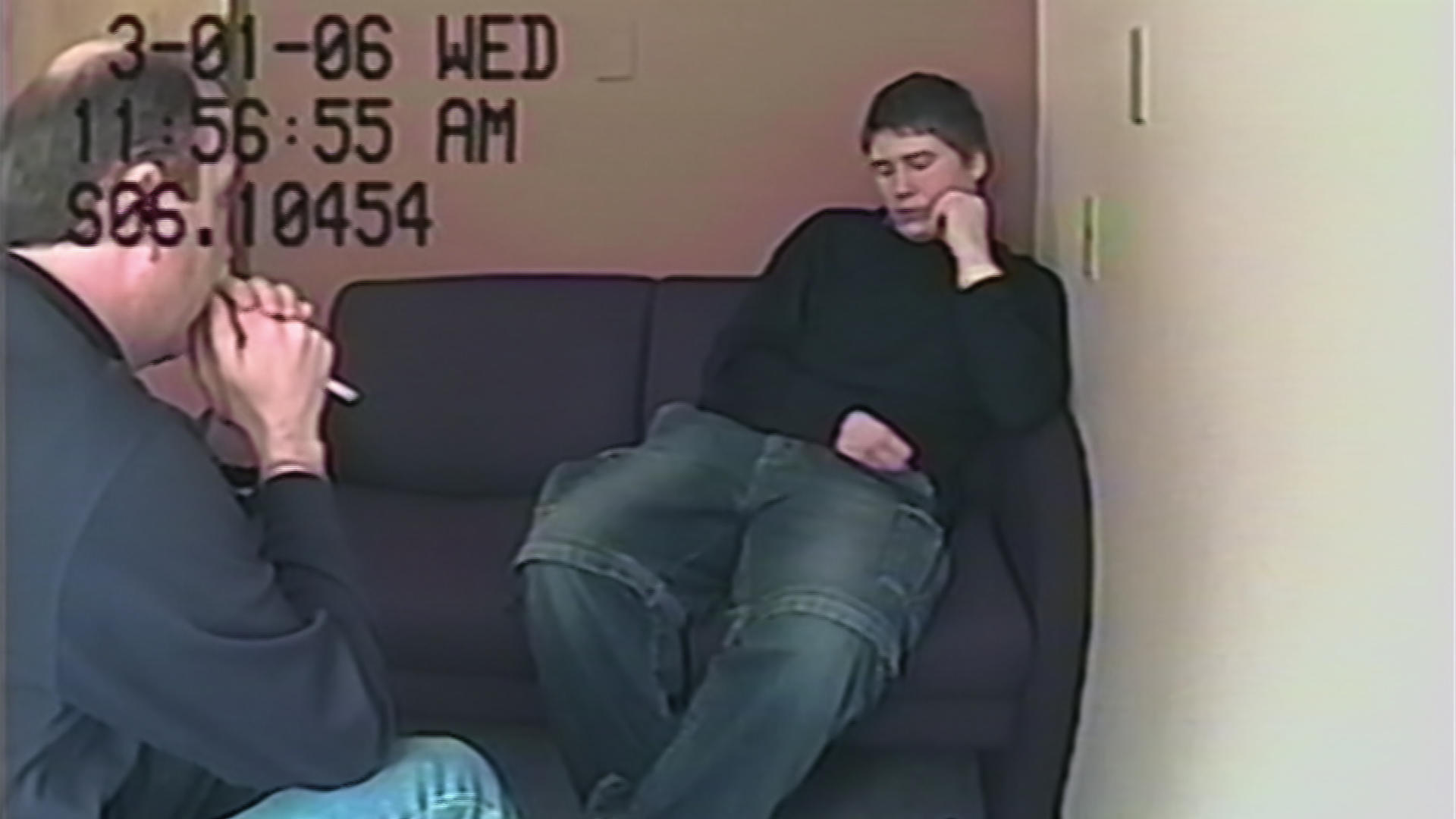 WASHINGTON -- The teenager in the video sits slouched on a loveseat wearing a black long-sleeved shirt, cargo pants and white sneakers, his hands folded but fidgeting in his lap. Eyes downcast, he answers questions from investigators interrogating him. Slowly, with a lot of prodding, he admits he joined his uncle in raping and murdering a young woman before burning her body in a bonfire.

But then-16-year-old Brendan Dassey's confession -- seen by viewers nationwide as part of the 2015 Netflix series "Making a Murderer" -- should never have been used to convict him, his lawyers say, and they're hoping the Supreme Court agrees to take his case. They say the Wisconsin teen, who has been called a "slow learner" and "borderline intellectually disabled," was pressured into a false confession during the 2006 interrogation.

"This case is emblematic of this larger problem of false confessions and coerced confessions," said Laura Nirider, a Northwestern University law professor who has been one of Dassey's lawyers for a decade. "I think there's widespread interest in the problem and widespread recognition that something needs to be done."

The Supreme Court's justices will have their first opportunity to discuss taking Dassey's case in a closed-door meeting Thursday. If they won't hear it, that news could come as early as Monday. If the court does agree to hear the case, arguments would be in the fall.

Dassey has remained in prison as his case worked its way through the appeals courts. A federal magistrate judge overturned Dassey's conviction in 2016, ruling that detectives took advantage of Dassey's youth and learning disabilities to coerce his confession. A three-judge panel from the 7th Circuit upheld the magistrate's ruling in June 2017.

But the state asked for a review by the full 7th Circuit, which narrowly overturned the ruling in December, finding the confession to be voluntary and ordering the conviction to stand.

The 4-to-3 opinion conceded a ruling wasn't obvious or easy, but said it came down to whether findings by Wisconsin state courts that Dassey wasn't coerced into confessing were reasonable.

"His confession was not voluntary and his conviction should not stand, and yet an impaired teenager has been sentenced to life in prison," she wrote in her dissent. "I view this as a profound miscarriage of justice."

Though the Supreme Court rejects the vast majority of the thousands of cases it gets asked to hear every year, Dassey's lawyers hope his case has a chance. They want his confession thrown out and for him to get a new trial.

Dassey's attorneys argue that his case is important not just for him but other juveniles and people with intellectual disabilities. They say those groups are more likely to confess falsely under police pressure. And they say courts need to be reminded that a juvenile's age and intelligence must be seriously weighed as part of a decision on whether a confession can be used against them.

Dassey is getting some high-profile help in making his case to the court. His lawyers include Seth Waxman, who in 2005 won a Supreme Court case that barred the use of the death penalty in cases involving juveniles. And six different groups have filed briefs asking the court to take the case. One brief for a group of more than 50 current and former prosecutors makes the argument that when the public saw video of Dassey's interrogation it prompted an outcry and that the Supreme Court should step in to "restore the public's confidence in the justice system."

Americans are more familiar with the case than most that come before the Supreme Court. "Making a Murderer" premiered on Netflix in December 2015 and devoted watchers saw more than 10 hours of television on the case. Now, a second season is planned.

The series centers on Dassey's uncle, Steven Avery, who spent 18 years in prison for a rape he didn't commit and before DNA testing exonerated him. After his release, he filed a multi-million dollar civil suit over his conviction, but was arrested in 2005 for the murder of 25-year-old photographer Teresa Halbach.

Halbach's last assignment before she disappeared was photographing a minivan for sale at an Avery family salvage yard in Wisconsin's Manitowoc County. Her car, with her blood and Avery's inside, was ultimately found there. And remnants of a bonfire on the property contained fragments of Halbach's bones and teeth. Avery insists he was framed.

As part of the investigation, officers questioned Dassey, Avery's nephew. Later, after being told Dassey had lost weight and had been acting up, staring into space and crying uncontrollably, investigators interviewed him several more times, leading to his confession.

Dassey testified at trial that what he told investigators was "made up" and that he'd only joined his uncle for a bonfire and helped clean up a pool of liquid, possibly blood, in Avery's garage. Though no physical evidence tied Dassey to Halbach's death, the video of Dassey's confession played a central role in his trial, and a jury convicted him. He's eligible for parole in 2048. Avery was convicted in a separate trial.

Prosecutors stand behind Dassey's confession in a brief submitted to the Supreme Court. They say investigators made no threats or promises in getting Dassey to confess and used only common techniques such as taking a sympathetic tone and encouraging honesty.

But Dassey's lawyers say interrogators took advantage of his youth and mental limitations, fed him facts and extracted a confession through psychologically coercive tactics. They say the teen, who was getting Cs, Ds and Fs in school and was in some special education classes, repeatedly gave wrong answers to questions about the crimes, suggesting he wasn't involved. And as the interrogation finished, he asked if he could get back to school because he had a project due.

Video of Dassey's talk with investigators goes beyond their interrogation. At the end it captures Dassey's mom coming into the room, sitting next to him on the couch and putting her arm around him as Dassey sits with his head in his hands. "Where am I going?" he asks. "You're going to juvie, that's where you're going, to a juvie jail," she responds.

What happens if his uncle's story is different and he says Dassey didn't do anything, Dassey asks.

"They got to my head," he responds.