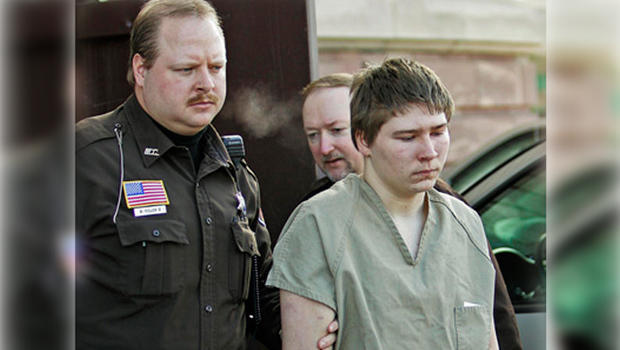 CHICAGO - The confession of Brendan Dassey, a Wisconsin inmate featured in the Netflix series "Making a Murderer," was improperly obtained and he should be released from prison, a three-judge federal appeals panel ruled Thursday.

Johnny Koremenos, a spokesman for Wisconsin Attorney General Brad Schimel, said the office expects to seek review by the full 7th Circuit or the U.S. Supreme Court, and hopes "that today's erroneous decision will be reversed."

"We continue to send our condolences to the Halbach family as they have to suffer through another attempt by Mr. Dassey to re-litigate his guilty verdict and sentence," Koremenos said.

Dassey's lawyers from the Center on Wrongful Convictions of Youth at Northwestern University said they're elated and will take immediate steps to secure his release.

A federal magistrate judge ruled in August that investigators coerced Dassey, who was 16 years old at the time and suffered from cognitive problems, into confessing and overturned his conviction. The state Justice Department appealed the ruling to the 7th U.S. Circuit Court of Appeals, a move that kept Dassey, now 27, behind bars pending the outcome.

A three-judge panel from the Chicago-based 7th Circuit upheld the magistrate's decision to overturn his conviction. State attorneys' only recourse now is the U.S. Supreme Court. They could also elect to re-try Dassey.

Avery and Dassey contend they were framed by police angry with Avery for suing Manitowoc County over his wrongful conviction for sexual assault. Avery spent 18 years in prison in that case before DNA tests showed he didn't commit the crime. He's pursuing his own appeal in state court.

Their cases gained national attention in 2015 after Netflix aired "Making a Murderer," a multi-part documentary looking at Halbach's death, the ensuing investigation and trials. The series sparked widespread conjecture about the pair's innocence and has garnered them a massive following on social media pushing for their release.

Authorities who worked on the cases insisted the documentary is biased. Ken Kratz, the prosecutor, wrote in his book "Avery" that Dassey was "a shuffling, mumbling young man with bad skin and broken-bowl haircut" who could have saved Halbach's life but instead involved himself in her rape and murder and Avery is "by any measure of the evidence, stone guilty."