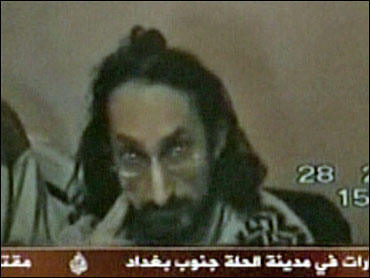 Brian Jordan, his right hand hurting for nearly four months, followed up a three-run homer with a two-run double in the 12th inning, giving the Atlanta Braves a stirring 5-3 victory Friday over the Houston Astros and command of their NL division series.

The Braves, who escaped a bases-loaded, no-out jam in the 10th inning, lead the best-of-5 series 2-1 and can advance to their eighth straight LCS with a victory Saturday.

Showing they don't intend to play a fifth game Sunday, Atlanta used both Greg Maddux and Kevin Millwood in relief, Millwood earning his first career save with a scoreless final inning.

"I don't think I'll ever be in another game like that," Braves manager Bobby Cox said.

"This is what I play for, what I thrive on," Jordan said. "I thrive in the pressure."

Jordan hit Atlanta's first homer of the series in the sixth, a three-run shot against 22-game winner Mike Hampton that erased Houston's 2-0 lead.

The in the 12th inning, Otis Nixon, a .205 hitter during the regular season who made the postseason roster only because of his speed, singled with one out against loser Jay Powell. Bret Boone slapped a single to right and the runners moved up to second and third on Chipper Jones' grounder to third.

With fist base open, Houston manager Larry Dierker inexplicably decided to pitch to Jordan, who is hitting .500 in the series. On a 1-2 pitch, Jordan sliced a double past a diving Jeff Bagwell at first, the ball settling in the right-field corner while the Braves dugout erupted in celebration.

"He just stuck his bat out there and it rolled down the third-base line," Dierker said, defending his decision. "That was pretty lucky."

Millwood, who pitched a one-hitter in Game 2 on Wednesday, set the Astros down in order to complete the four-hour, 19-minute game. The 12 innings were a record for an NL division series game and a crushing blow to Houston, which has never won a playoff series in its 38-year history.

"We were throwing out the entire package and it went our way," Cox said.

Atlanta seemed on the verge of victory in the 10th. With one out, Gerald Williams reached on an infield single and was replaced by the pinch-runner Nixon, who stole second and went to third on catcher Tony Eusebio's throwing error.

But Boone struck out and after walks to Chipper Jones and Jordan Andruw Jones lined out to left with the bases loaded.

In the bottom half, Houston loaded the bases with nobody out and the Braves brought in their closer, John Rocker, who got two straight force outs at the plate the second being a game-saving stop by Walt Weiss.

The Atlanta shortstop dove to knock down Tony Eusebio's line drive up the middle and threw out Ken Caminiti at home with Eddie Perez tagging the plate with only the tip of his toe.

Rocker then struck out Ricky Gutierrez, pumping his fist as he ran back to the dugout.

Alanta struck out 18 times against Houston pitchers, a record for the division series and all but one of them swinging. The previous mark: 17 strikeouts by the Astros in Game 1 of their 1998 division series with San Diego.

Rocker picked up the win with two scoreless innings.

The way Hampton was pitching, it appeared Houston would move within a game of advancing to the NL championship series. The Astros ace cruised into the sixth with a 2-0 lead, having allowed only three singles and striking out eight.

With Boone at second and two outs, Hampton pitched around Chipper Jones, walking him on a 3-2 pitch. On the next pitch, Jordan sent a shot deep into the left-field seats only his second homer since Aug. 15.

Jordan's right hand has been aching since he was hit by a pitch on June 22. He had only one homer in his final 139 at-bats of the regular season.

The Astros evened the score during an excruciating seventh. The Braves tied a division series record by using four pitchers, including Game 1 starter Maddux, making only the sixth relief appearance of his career.

But Houston made the best move, inserting Billy Spiers as a pinch hitter. He came through with a run-scoring single to left-center against Mike Remlinger.

Glavine, who has not lost to the Astros since 1991, shut down Houston after the opening inning. He allowed five hits, walked three and struck out six before leaving for a pinch-hitter in the seventh.

The entire Killer B's lineup was reunited as Derek Bell made his first appearance of the series, starting in right. Bell went 1-for-3 before leaving for a pinch-hitter in the seventh.