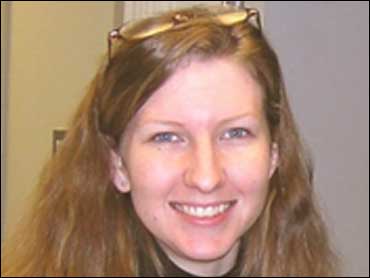 A cancer-ravaged woman who lost consciousness three months ago due to a stroke has given birth after being kept on life support to give her fetus extra time to develop. Shortly after the baby was born, the woman, 26-year-old Susan Torres, was removed from life support and died.

"This is obviously a bittersweet time for our family," Justin Torres, Susan Torres' brother-in-law, said in the statement.

Susan Torres, whose plight has attracted support from around the world, gave birth to a daughter Tuesday at 8:18 a.m. by Caesarean section at the Virginia Hospital Center in Arlington, according to the Richmond Times Dispatch.

Doctors turned off Torres' life support early Tuesday after she received the final sacrament of the Roman Catholic Church.

The delivery went smoothly and the baby "is doing well," her brother-in-law, Justin Torres, wrote in an e-mail to The Associated Press. Susan Anne Catherine Torres weighs 1 pound, 13 ounces and is 13 1/2 inches long, he said.

Torres, a former researcher at the National Institutes of Health, lost consciousness from a stroke May 7 after aggressive melanoma spread to her brain. Her husband, Jason Torres, said doctors told him his wife's brain functions had stopped.

The infant is being monitored in the Neonatal Intensive Care Unit at the hospital, which is about 100 miles north of Richmond.

Jason Torres quit his job to be by his wife's side, spending each night sleeping in a reclining chair next to her bed. Last month, the fetus passed the 24th week of development — the earliest point at which doctors felt the baby would have a reasonable chance to survive, the brother-in-law said.

When she had the stroke, Susan Torres was 15 weeks pregnant with the couple's second child. Jason Torres asked doctors to keep his wife alive through artificial means so the baby had a chance to develop, the Times Dispatch reports. The couple also have 2-year-old son, Peter.

As early as last month, family members told newspapers that Susan Torres' cancer had spread to her liver, and that if her liver shut down, the baby could not survive in her womb.

Torres was about seven months' pregnant when the child was delivered. Doctors had hoped to hold off on delivering the child until 32 weeks' gestation. A full-term pregnancy is about 40 weeks.

A Web site was set up to help raise money for the family's mounting medical bills, and as of two weeks ago, people from around the world had donated around $400,000.

The family said it must pay tens of thousands of dollars each week that insurance does not cover.

The couple has one other child — 2-year-old Peter, who has been staying with his grandparents.

"The entire staff and administration of Virginia Hospital Center, especially the physicians and nurses caring for Susan Torres and Baby Girl Torres, are delighted with the successful delivery," the hospital said in a statement. A spokeswoman declined to release additional details.

Since 1979, there have been at least a dozen similar cases published in English medical literature, said Dr. Winston Campbell, director of maternal-fetal medicine at the University of Connecticut Health Center, which conducted research on the topic.