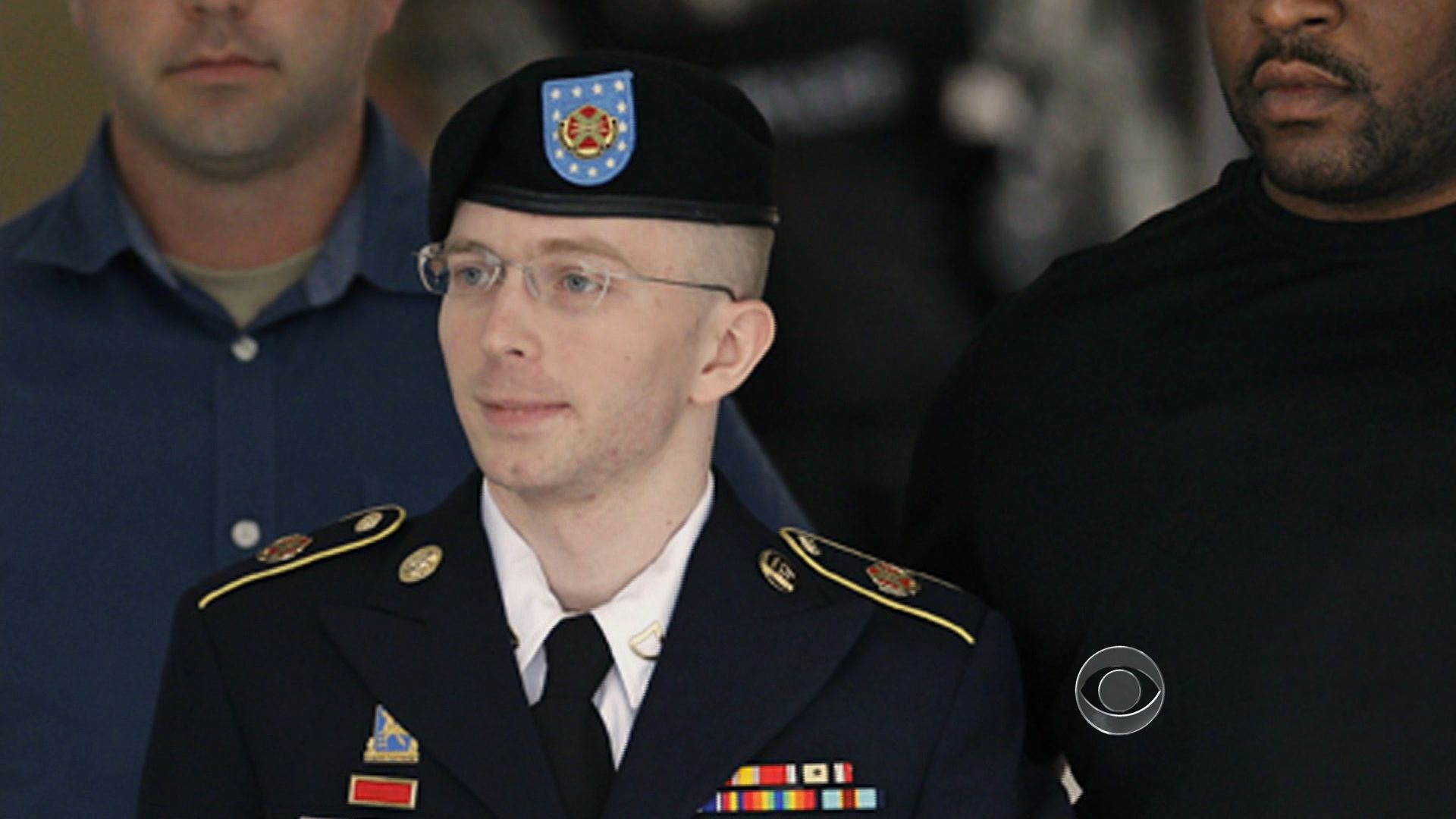 FORT MEADE, Md. Bradley Manning's possible prison sentence could hinge on the damage his leaks caused the U.S. government and his motives for releasing the sensitive material.

His fate rests with a judge who will begin hearing arguments Wednesday at Fort Meade, near Baltimore, in the sentencing phase of his court-martial -- a phase CBS News correspondent David Martin says could take weeks.

The former intelligence analyst was convicted of 20 of 22 charges for sending hundreds of thousands of government and diplomatic secrets to WikiLeaks, but he was found not guilty of aiding the enemy, which alone could have meant life in prison without parole.

"We're not celebrating," defense attorney David Coombs said. "Ultimately, his sentence is all that really matters."

Military prosecutors said they would call as many as 20 witnesses for the sentencing phase. The government said as many as half of the prosecution witnesses would testify about classified matters in closed court. They include experts on counterintelligence, strategic planning and terrorism.

The judge prohibited both sides from presenting evidence during trial about any actual damage the leaks caused to national security and troops in Afghanistan and Iraq, but lawyers will be allowed to bring that up at sentencing.

The judge did not give any reasons for her verdict from the bench, but said she would release detailed written findings. She did not say when.

The release of diplomatic cables, warzone logs and videos embarrassed the U.S. and its allies, but it was unclear how much damage it caused to national security beyond that.

U.S. officials warned of dire consequences in the days immediately after the first disclosures in July 2010, but a Pentagon review later suggested those fears might have been overblown.

As for his motives, Manning testified during a pre-trial hearing that he leaked the material to expose U.S military "bloodlust" and diplomatic deceitfulness, but did not believe his actions would harm the country. He didn't testify during his trial.

Lisa Windsor, a retired Army colonel and former judge advocate, said the punishment phase would focus on Manning's motive and the harm that was done by the leak.

"You're balancing that to determine what would be an appropriate sentence. I think it's likely that he's going to be in jail for a very long time," said Windsor, now in private practice in Washington.

Lind deliberated 16 hours before reaching her verdict in a case involving the largest leak of classified documents in U.S. military history, committed, Martin points out, by a young army private working as a low level intelligence analyst in Baghdad more than three years ago.

The case drew worldwide attention as supporters hailed Manning as a whistleblower and the U.S. government called him an anarchist computer hacker and attention-seeking traitor.

The verdict denied the government a precedent that freedom of press advocates had warned could have broad implications for leak cases and investigative journalism about national security issues.

Whistleblower advocates and legal experts had mixed opinions on the implications for the future of leak cases in the Internet age.

The advocacy group Reporters Without Borders said the verdict was a chilling warning to whistleblowers "against whom the Obama administration has been waging an unprecedented offensive" and said it threatens the future of investigative journalism because intimidated sources might fall quiet.

However, another advocate of less government secrecy, Steven Aftergood, of the Federation of American Scientists, questioned whether the implications will be so dire, given the extraordinary nature of the Manning case.

"This was a massive hemorrhage of government records, and it's not too surprising that it elicited a strong reaction from the government," Aftergood said.

But WikiLeaks founder Julian Assange, whose website exposed Manning's spilled U.S. secrets to the world, saw nothing to cheer in the mixed verdict.

"It is a dangerous precedent and an example of national security extremism," he told reporters at the Ecuadorean Embassy in London, which is sheltering him. "This has never been a fair trial."

Federal authorities are looking into whether Assange can be prosecuted. He has been holed up in the Ecuadorean Embassy in London to avoid extradition to Sweden on sex-crimes allegations.

Manning pleaded guilty earlier this year to lesser offenses that could have brought him 20 years behind bars, yet the government continued to pursue all but one of the original, more serious charges.

"Bradley Manning endangered the security of the United States and the lives of his own comrades in uniform when he intentionally disclosed vast amounts of classified data," the Republican congressman said. "His conviction should stand as an example to those who are tempted to violate a sacred public trust in pursuit of notoriety, fame, or their own political agenda."

Manning acknowledged giving WikiLeaks more than 700,000 battlefield reports and diplomatic cables, and video of a 2007 U.S. helicopter attack that killed civilians in Iraq, including a Reuters news photographer and his driver. Prosecutors branded him an anarchist and traitor. The defense portrayed the Crescent, Oklahoma, native as a "young, naive but good-intentioned" figure.

The material WikiLeaks began publishing in 2010 documented complaints of abuses against Iraqi detainees, a U.S. tally of civilian deaths in Iraq, and America's weak support for the government of Tunisia - a disclosure that Manning supporters said helped trigger the Middle Eastern pro-democracy uprisings known as the Arab Spring.

To prove aiding the enemy, prosecutors had to show Manning had "actual knowledge" the material he leaked would be seen by al-Qaeda and that he had "general evil intent." They presented evidence the material fell into the hands of the terrorist group and its former leader, Osama bin Laden, but struggled to prove their assertion that Manning was an anarchist computer hacker and attention-seeking traitor.

The WikiLeaks case is by far the most voluminous release of classified material in U.S. history. Manning's supporters included Pentagon Papers leaker Daniel Ellsberg, whose sensational leak of 7,000 pages of documents in the early 1970s exposed U.S. government lies about the Vietnam War.

Reacting to Tuesday's verdict, Ellsberg said Manning's acquittal on aiding the enemy limits the chilling consequences of the WikiLeaks case on press freedoms.

"American democracy just dodged a bullet, a possibly fatal bullet," Ellsberg said. "I'm talking about the free press that I think is the life's blood of the democracy."