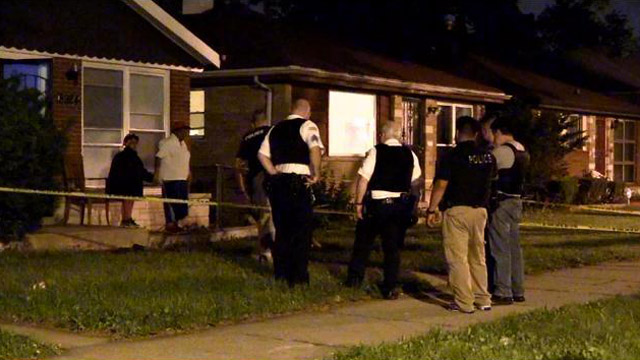 CHICAGO -- A 5-year-old boy was mauled to death by a dog Monday night in the Washington Heights neighborhood of Chicago.

The boy was attacked around 9:30 p.m, reports CBS Chicago. Neighbors called 911 after hearing his mother screaming for help.

"I heard the lady come out the house ... and the dog had her son's neck in his mouth, and she said, 'Oh, my God, can someone please help me?'" neighbor Bianca White said.

Witnesses said the attack started inside a home, and the boy's mother was able to drag the dog and her son outside, and began asking neighbors to help her get the dog off her son.

"I saw that it was a dog had mauled a baby at the neck, and like by his shoulder, and was just attacking him, and the mom was trying to get the dog off the baby, and I was just like, 'Oh my gosh, please, somebody help,'" White said.

Neighbors used sticks and rocks to try to beat away the dog, and tried to free the boy from its jaws, but the boy was lifeless when the dog finally let him go.

Witnesses described the dog as a pit bull, and said they were able to kill it at the scene. Police said the dog was found dead at the scene when officers arrived. Police have not confirmed the dog's breed.

The boy was taken to Advocate Christ Medical Center in Oak Lawn, where he was pronounced dead.

Police were conducting a death investigation, but no charges had been filed as of Tuesday morning.