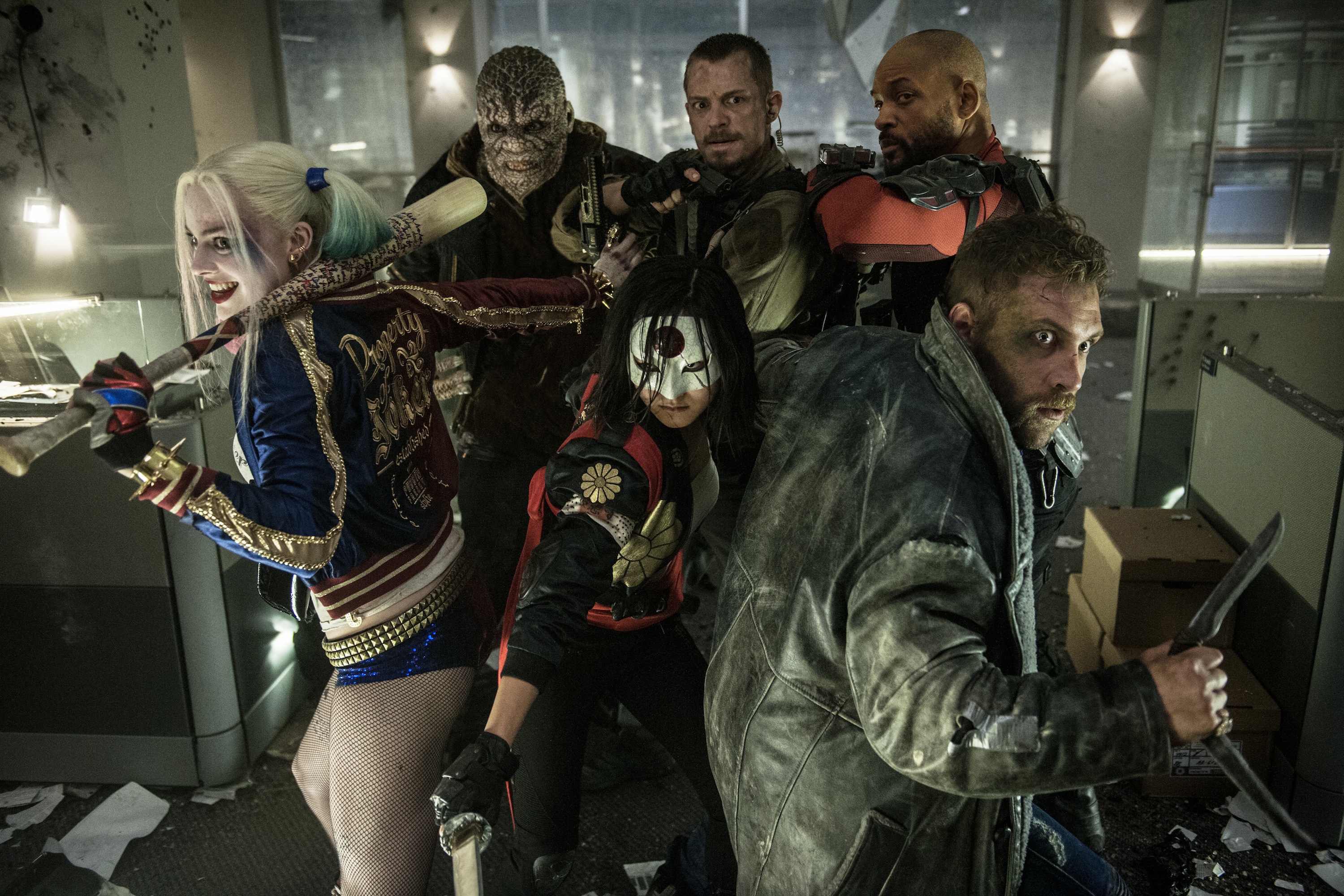 LOS ANGELES -- The colorful crew of "Suicide Squad" got duller in their second weekend in theaters, with audiences hungry for the raunchy fare of animated "Sausage Party."

Warner Bros.' intensely scrutinized comic book film broke records last weekend and managed to stay atop the box office with $43.8 million, according to studio estimates Sunday. But its earnings dropped a steep 67 percent from last weekend.

While not unexpected for a film of its size, a fall that large is often an indicator of poor word of mouth, said comScore senior media analyst Paul Dergarabedian. The DC Comics film, which cost around $175 million to produce, has earned $222.9 million domestically to date and $465.3 million worldwide.

The film that was actually for children this weekend, "Pete's Dragon," debuted in third place with a measly $21.5 million. Disney's live-action/CG remake of its 1977 film stars Robert Redford and Bryce Dallas Howard and cost a reported $65 million to produce.

It is a less-than-stellar launch for a film well-received by critics, though not as poor as Disney's "The BFG," another live-action/CG hybrid from earlier this summer that earned only $53.3 million in the U.S. against a $140 million budget.

Disney Executive Vice President of Distribution Dave Hollis expects "Pete's Dragon" to end its run domestically in the $80 million range with a little more from overseas.

"We walk away feeling good about where we are," he said.

Paramount's Meryl Streep-starrer "Florence Foster Jenkins" also got off to an inauspicious start, taking in $6.6 million from 1,528 locations.

Holdover "Jason Bourne" took fourth place with $13.6 million, bringing its domestic total to $126.8 million after three weeks in theaters, while the modestly budgeted "Bad Moms" rounded out the top five with $11.5 million. The R-rated STX comedy has earned a robust $71.5 million domestically.

In limited release, Lionsgate and CBS Films' well-reviewed Western "Hell or High Water" earned a terrific $592,000 from just 32 theaters. The film, starring Jeff Bridges and Chris Pine, will be expanding in the coming weeks.

Even with modest starts and disappointing holds, the box office is still up about 16 percent from this weekend last year and 5.2 percent overall as the summer season nears its end.