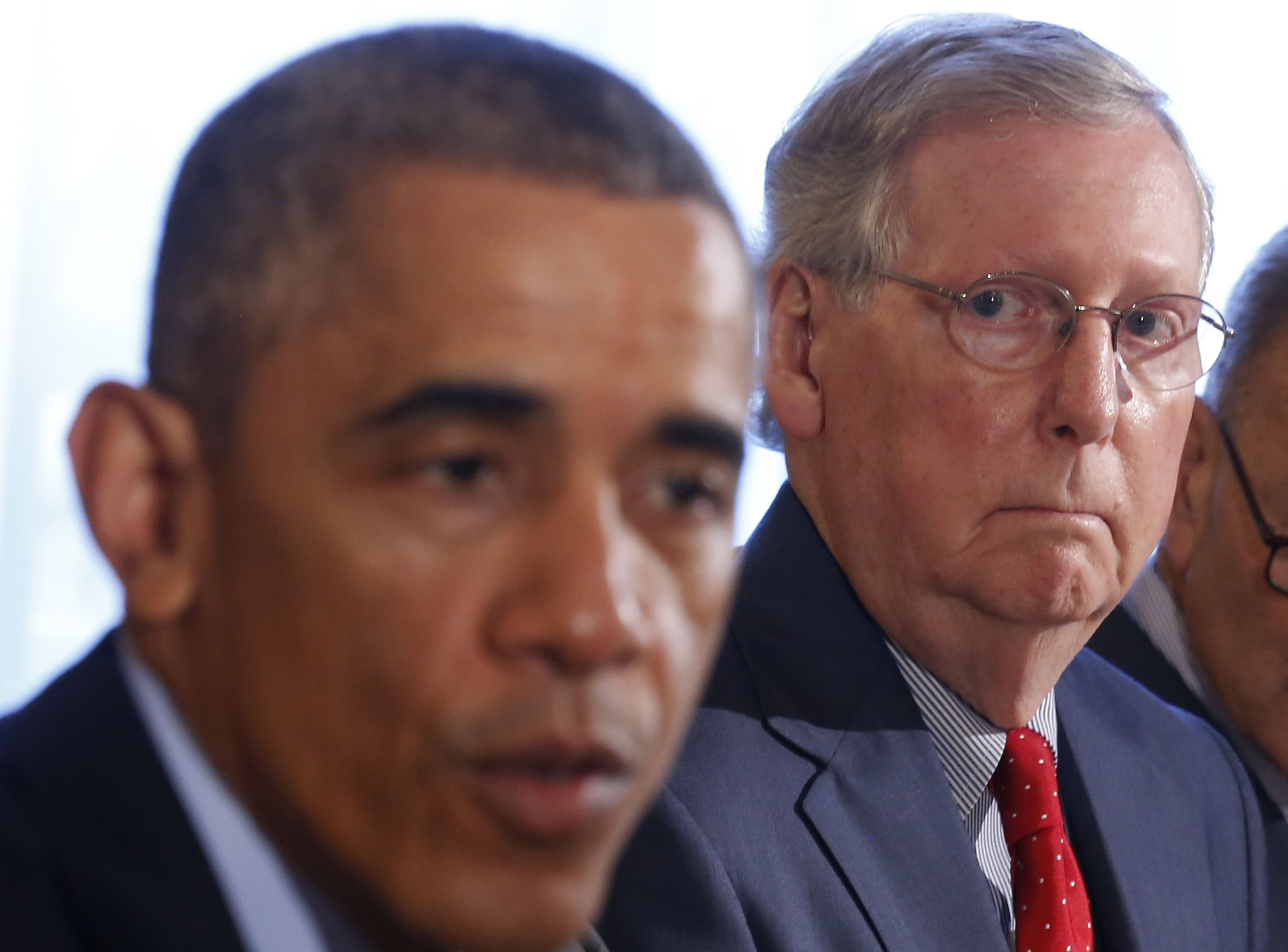 One day after his party lost control of the U.S. Senate, Mr. Obama told reporters that McConnell was a leader who "has never made a promise that he couldn't deliver," and mused, "I would enjoy having some Kentucky bourbon with Mitch McConnell."

The invitation was quickly dubbed the bourbon summit and has received lots of attention as the two leaders prepare to either work with or against each other for the final two years of Mr. Obama's presidency.

McConnell told state party leaders on Saturday the bourbon summit would happen, although he said picking the brand of bourbon would be like picking which daughter he loves the most. He said whether the summit is nothing more than a public relations gimmick remains to be seen.

In 2009, Mr. Obama famously hosted a "beer summit" with Harvard professor Henry Lewis Gates, Jr. and Cambridge police Sgt. James Crowley. Crowley arrested Gates and charged him with disorderly conduct for protesting the policeman's actions when he came to the professor's home in response to a report of a possible break-in.