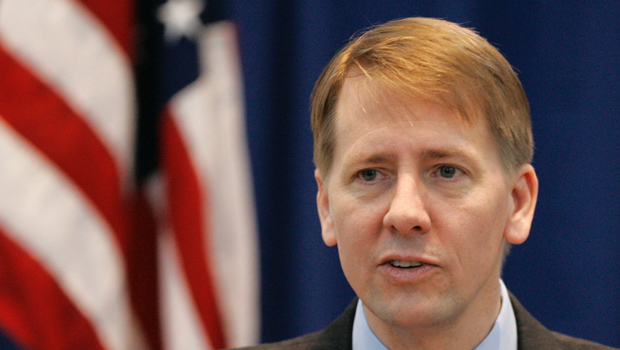 (MoneyWatch) Thinking about getting overdraft protection on your checking account? You may want to keep thinking.

According to the Consumer Financial Protection Bureau, people who choose the plans can actually pay higher fees and and are even more likely to see their accounts closed.

"Consumers need to be able to anticipate and avoid unnecessary fees on their checking accounts. But we are concerned that overdraft programs at some banks may be increasing consumer costs," said CFPB Director Richard Cordray in a statement. "What is often marketed as overdraft protection may actually be putting consumers at greater risk of harm."

The federal agency, which was created under the 2010 Dodd-Frank financial reform law, also said that the the overdraft fees people pay vary hugely from bank to bank. "Financial institutions have very different policies, procedures, and practices that can be highly complex and difficult for consumers to understand, yet greatly affect whether and how often they will incur overdraft fees," Cordray noted.

The CFPB was careful to point out that overdrafts can be an important financial safeguard for bank customers, emphasizing that banks should not do away with the protection plans altogether.

The bureau noted one practice of banks that has been the subject of litigation for the last several years: Insitutions order debits and credits to checking accounts according to their size and type. Some institutions still process bigger debits first. That can empty an account holder's balance and result in bounced checks and overdraft fees. "The earlier in a sequence that an account becomes negative, the more overdraft transactions" occur, the report said.

In recent years, banks have relied on a range of fees to help fatten their profits, generating a lot of opposition along the way. In 2007, customers sued Wells Fargo (WFC), alleging that the giant bank in 1999 had changed the way it treated daily debit transactions and cash withdrawals so that transactions with the highest dollar amount posted first, instead of the order in which they arrived. In a scathing decision in 2010, a federal judge ruled in favor of the plaintiffs, but Wells Fargo succeeded in overturning that case on appeal.

Advocates of banking reform have proposed a number of changes to begin addressing some of the problems highlighted in the CFPB report, starting with clearer reporting of how banks make their profits. For example, the Center for Responsible Lending has urged regulators to force banks to more clearly break down in their income reporting the sources of overdraft-related fees, delineating whether they're from a bounced check or a debit-card purchase (which the bank could have declined rather than accept and penalize).

The agency's report comes the same day as a story in the New York Times revealed how banks look the other way as fraudulent telemarketers have looted the checking and savings accounts of customers. The story quotes bank executives saying the money banks make from the added overdraft fees make the practice too lucrative for them to stop.

The story cited Zions Bank (ZION), a Salt Lake City-based lender that reportedly let nearly $40 million in funds be withdrawn from customer accounts by thieves. That missing money sent accounts into chaos, resulting in a windfall of $20 million in fees to the bank.

The Times article noted that while the fraudsters go after anyone, old people are more susceptible to the pitches and more vulnerable once their accounts are being looted.