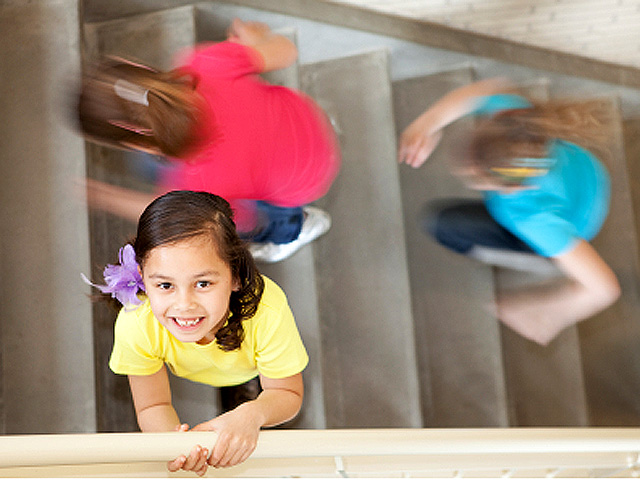 (CBS News) Every six minutes, an American child under the age of 5 falls down the stairs and is rushed to the hospital.

That's the latest from the first nationally representative review of stair-related injuries in children. The report found nearly 932,000 children younger than 5 were sent to the emergency room between 1999 and 2008 - that's nearly 100,000 kids per year treated for falling down the stairs.

"What that tells us is that we have much more that we need to do to make the home environment safer for children," study author Dr. Gary A. Smith, director of the Center for Injury Research and Policy at Nationwide Children's Hospital in Columbus, Ohio, told The New York Times. "Children under 5 spend most of their time in the home, and even the best parent in the world can't watch their child 100 percent of the time. It just simply isn't possible."

The number could be even higher, the researchers warn, considering the data only tracks children sent to emergency rooms.

"We know it's an underestimation because we're not catching all of the cases," Smith told USA Today.

About a quarter of injuries to children one years old and younger occurred when a parent or caretaker was carrying the child - these injuries were more than 3 times as likely to result in hospitalization. Overall, 2.7 percent of children who fell down stairs were hospitalized.

More than a third of the injured children suffered soft-tissue injuries, which are bumps and bruises.  Nearly three-quarters of children had injuries to the head and neck region. A recent studyfound head injuries in children can be especially problematic, and cause lingering symptoms that impair their daily lives for up to 12 months.

What can be done to make stairs safer for kids?

The researchers suggest installing gates at the top and bottom of the stairs, keeping stairs clutter-free, and installing and using railings. When carrying a child, avoid carrying other items, the researchers said. They also cite the need for some staircases to be redesigned with children in mind, utilizing smaller railings that small children could grab onto.

Smith told Reuters, "It is the exception to the rule that a home won't have a young child living in it or visiting" at some point.

WebMD has more tips for preventing falls in the home.