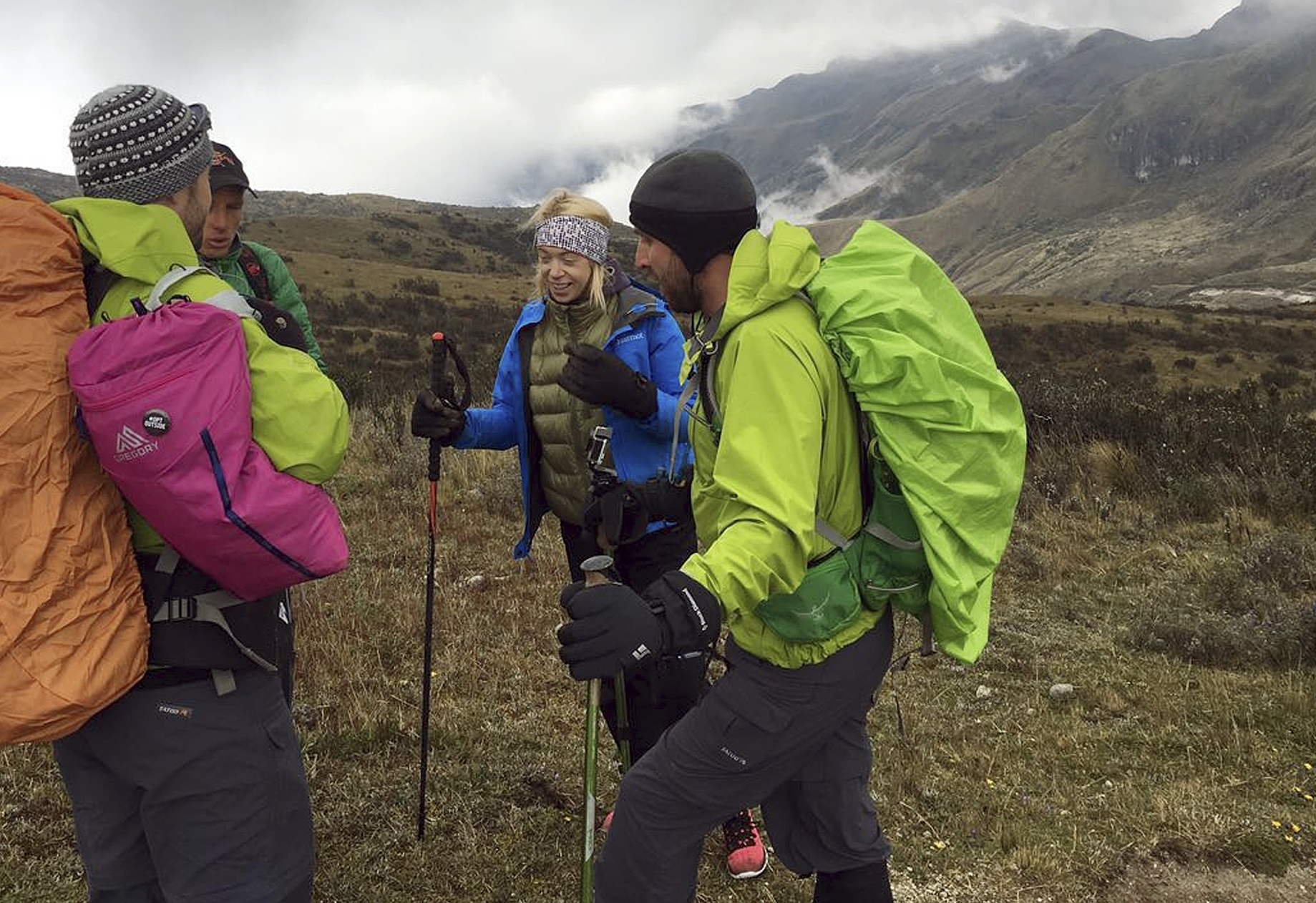 The professional ballroom dancer lost a leg in the 2013 finish line attacks and ran the entire 26.2-mile race last spring. Over the weekend, she scaled Ecuador's third-highest mountain.

Haslet reached the summit of 18,996-foot Volcan Cayambe with a team of climbers from the Range of Motion Project. The nonprofit group helps provide prosthetic limbs to amputees around the world who don't have access to them.

"I feel the most grounded I have felt in over three years," Haslet said Monday from Ecuador in a Twitter message exchange with The Associated Press. "There is something beautiful about disconnecting from the outside world and connecting with people who are passionate about a cause: gathering around a fire, training together, and bonding in a way you only can without outside influences."

Haslet, 36, was cheering for the runners in 2013 when she was injured by the second of two bombs planted among the crowds. Three people were killed and more than 260 others wounded.

After the marathon bombings, Haslet vowed to dance again and to run the 26.2-mile race. Having done that, she's been overcoming new obstacles in a quest to raise money and awareness for groups such as the Range of Motion Project and Oklahoma City-based Limbs for Life.

Haslet's difficult days mixed have been mixed with milestones.

Haslet spoke to "CBS This Morning" in March. Haslet said her life has changed in "every way possible."

Scaling the mountain, though, posed its own special challenges -- namely, dealing with the elements.

"It is freezing and you don't know until you are up there how hard it is to ice-pick straight up a glacier," said Haslet, who used the same prosthetic she walks and dances in, plus thick socks, boots and crampons.

Although covering the marathon distance was incredibly painful -- Haslet's special running leg caused bruising, blisters and swelling -- she said conquering Cayambe was even tougher because it was difficult to prepare at sea level.

"I couldn't practice in Boston how to climb a glacier at altitude," she said.

Haslet grew up camping and hiking with an uncle who has climbed Everest and the rest of the seven summits.

"These stories around the dinner table were all going through my mind as I climbed," she said.