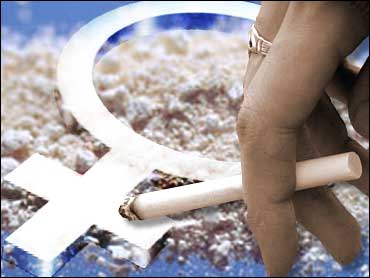 For actress Jamie Lee Curtis, the problem was drugs, and for former Texas Gov. Ann Richards, it was alcohol and cigarettes.

Their experiences are part of a new book, "Women Under the Influence," that researchers hope will draw attention to the problems of the more than 30 million American female substance abusers.

High among those problems: a lack of studies and programs tailored specifically to girls and women, says the book, which pulls together more than 10 years of research by the National Center on Addiction and Substance Abuse at New York's Columbia University.

Programs specifically for females are especially important because they become addicted faster than men and become ill with diseases like lung cancer and cirrhosis more quickly, the book says.

Yet "finding ... effective prevention and treatment programs for girls and women is infuriatingly difficult," said Joseph Califano Jr., a former U.S. health secretary who founded the center in 1992. "This book shines a light into the dark corners of this problem," he said.

Among the book's major points: