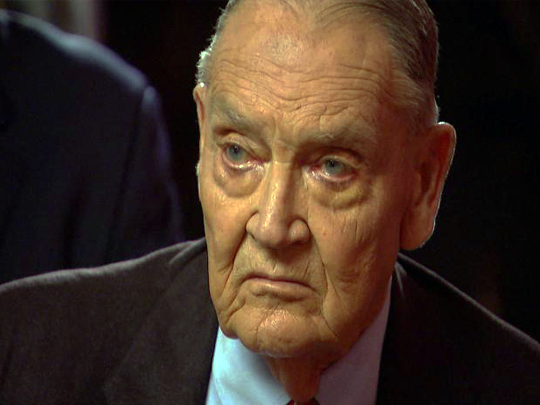 (MoneyWatch) About 10 years ago, I had the privilege and great pleasure of meeting John Bogle, one of the people I most respect in the financial services industry. I not only got a chance to have dinner with him, but I also appeared on a panel with the man many (including me) refer to as "Saint Jack." Having met him personally and been interviewed by the author, I had an extra interest in reading Lewis Braham's book, "The House that Bogle Built."

The book is really two tales. One is the story of John Bogle, a legendary advocate for the rights of individual investors; the other centers on the firm he founded, The Vanguard Group, in 1974 and was eventually forced out of. Braham, a business journalist specializing in personal finance, does an excellent job not only of conveying the history, but also of portraying the man, one of the greatest, and humblest, people I have met. Even in his "retirement," Bogle continues to fight on what I view as the side of the angels, a fight he's slowly but surely winning.

Braham also does a good job of telling the other story, which deals with might be called a battle for the soul of Vanguard, the world's largest mutual fund company. He shows the conflicts that Bogle's successors, John Brennan and William McNabb, have faced in the supposedly "not-for-profit" model that exists at Vanguard.

I highly recommend the book for those interested in Bogle, who became the conscience of the industry and the great company he built. The only negative comment I have is that the author would have been better off sticking to his role as journalist, not providing his own opinions and theories about markets (opinions which I felt betrayed an insufficient level of knowledge and expertise). As one reviewer on Amazon wrote: "For a guy who is just a journalist to write about Jack Bogle and insert his opinions on an equal footing is like some journalist writing about Einstein's theory of general relativity and inserting his own theories about physics. It would have been a better book to have stuck to the point."

Finally, I would be remiss if I did not add this: Saint Jack has had a profound impact on my life -- for that I thank him. In my opinion, no other person has done more to help the average investor as John Bogle, a great, great man.