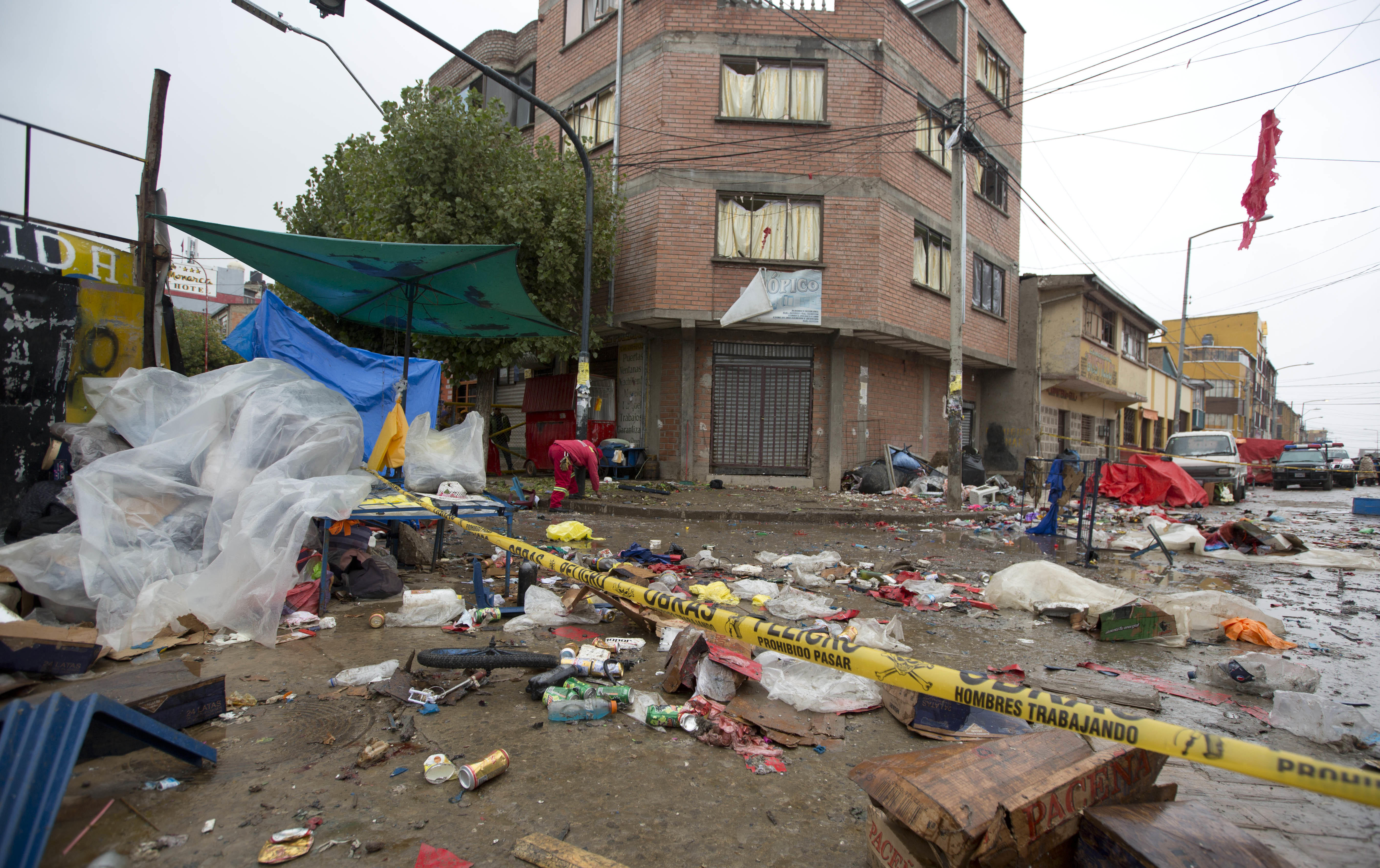 LA PAZ, Bolivia -- Bolivia's defense minister says an explosive was used in a blast that has killed at least four people during Carnival celebrations - the second deadly explosion to hit the city of Oruro during the celebrations.

Javier Zabaleta told ATB television on Wednesday that the explosion caused a hole so large that officials don't believe it could have been caused by a gas leak, as was originally thought. In his words: "It wasn't a gas leak. We're dealing with an explosive."

He says officials are trying to determine if Tuesday night's explosion is related to another, nearby blast that killed at least eight people Saturday.

Zabaleta didn't speculate on a possible motive for an attack. But Interior Minister Carlos Romero has said three people have been detained in the investigation.