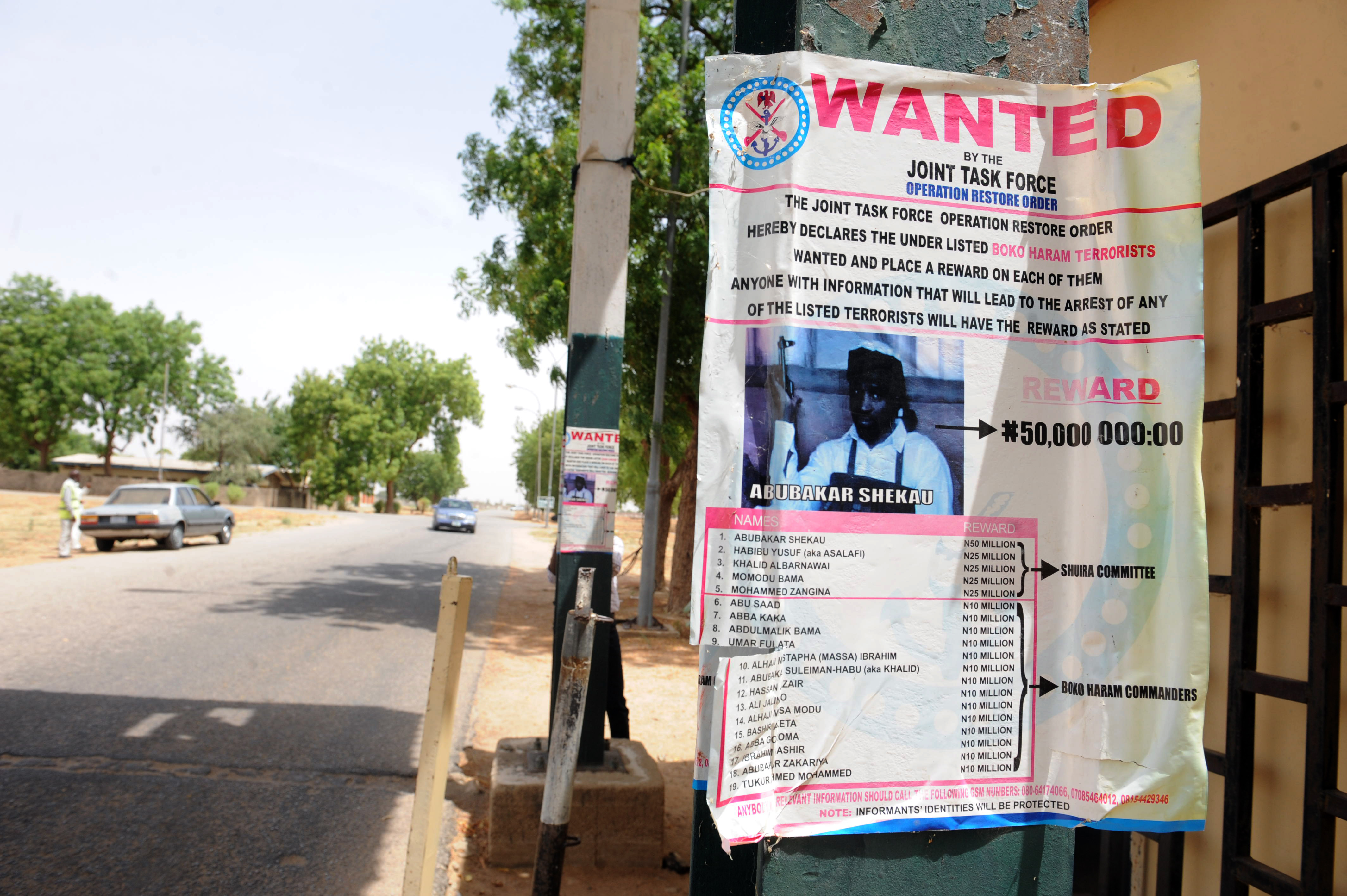 LAGOS, Nigeria -- A new Boko Haram video shows the beheading of a man identified as the pilot of a missing Nigerian Air Force jet and burnt out parts of a plane - the first indication that Nigeria's homegrown Islamic extremist group has the capability to bring down aircraft.

It also allegedly features Boko Haram leader Abubakar Shekau, a man Nigeria's military twice has claimed to kill in 2009 and again last year. Two weeks ago the military said they had killed in battle a Shekau lookalike who had posed in the group's videos.

"Here I am, alive and I will remain alive until the day Allah takes away my breath," the man says in the Hausa language. "Even if you kill me ... it will not stop us imposing Islamic rule ... We are still in our Islamic state, reigning and teaching the Koran."

The United States still has a $7 million ransom on Shekau's head, despite the death claims.

The video was made available to The Associated Press through the same channels used previously and seems to show the same man claiming to be Shekau.

In the latest video, he says they are prosecuting in accordance with Shariah law in areas under their control. Examples of punishments are shown, including the stoning death of a man apparently accused of adultery; the amputation of the hand of a young man accused of theft; the lashings of a man and what appears to be a girl covered in the hijab.

The video ends with a show of burnt out plane parts in rugged bush.

Two pilots and an Alpha jet have been missing since Sept. 11 when it left the northeastern town of Yola on a bombing mission against Boko Haram.

The video shows a kneeling man in a camouflage vest with his right hand in a sling, with a fighter hovering over him with an axe, which is later used in the beheading.

Speaking in English, the victim identifies himself as a wing commander in the Nigerian Air Force and says he was undertaking a mission in Kauri area of northeast Borno state on Sept. 11.

"We were shot down and our aircraft crashed," he says, appearing to keep his composure throughout the ordeal. "To this day I don't know the whereabouts of my second pilot."

Shekau claims in the video to have brought down 10 military aircraft.

Nigeria's fight against the extremist group began in 2009 but hit the international spotlight in mid-April, when the militants kidnapped more than 200 schoolgirls. The girls have still not been freed.

In July, a man identifying himself as Shekau surfaced in a video with a defiant and dismissive message, mocking the "Bring Back Our Girls" campaign.

While attempts to rescue the girls appear to have stalled, sources close to the negotiations told CBS News in July that back-door channels remain open.