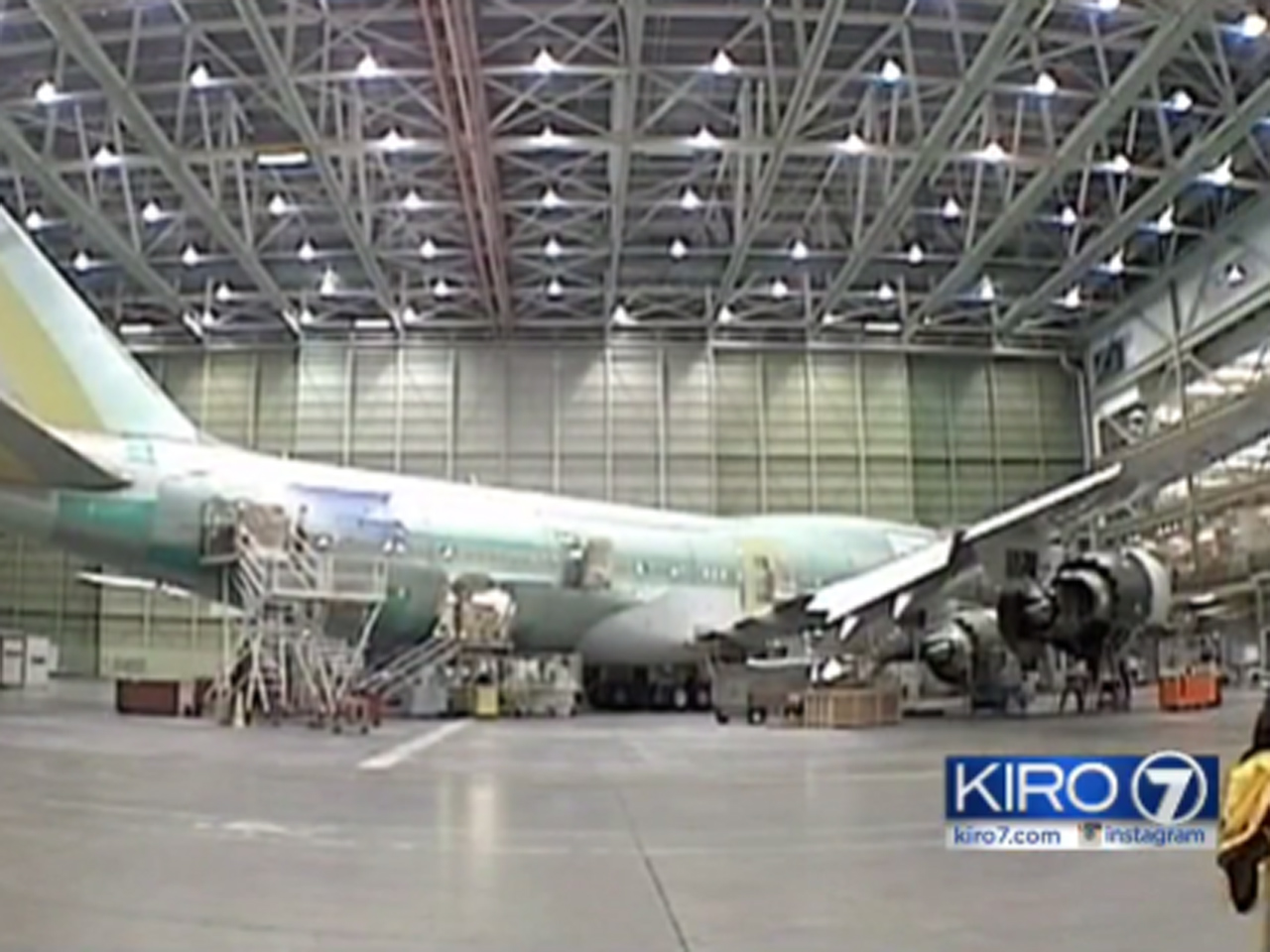 The company employs about 78,000 in Washington state.

"It's garbage," exclaimed assembly electrician Vince Popich outside a company plant in Renton.

"We're bending over backwards paying for it, and here they are laying off American workers, outsourcing our jobs," Popich said.

Other Boeing workers, like Dean Chinn, were less worried.

"I'm not concerned," Chinn casually said. "I have 30 something years with the company."

KIRO says workers knew some cuts were coming but the number took many aback.

In addition, a memo obtained by the Seattle Times says there could be up to 8,000 cuts by the end of the year.

Boeing released a statement Tuesday night saying, "We continue to follow our plan announced last month to make fundamental changes for the long term to win in the market, fund our growth and operate as a healthy business.

"That involves a combination of non-labor cost savings, supply chain savings, and reduced staffing levels. While there is no employment reduction target, the more we can control costs as a whole-- the less impact there will be to employment.

Boeing's CEO recently told workers in a company-wide address any cuts would part of an overall plan to cut costs and keep up with competitor Airbus.

"We are pedaling as hard as we can to stay in front of Airbus," Childress said, adding that he thinks the jobs will be ultimately needed again once Boeing is done adjusting its business model. "As the 777X and the new 737 Max gets into full production, within two years, the jobs will all come back."