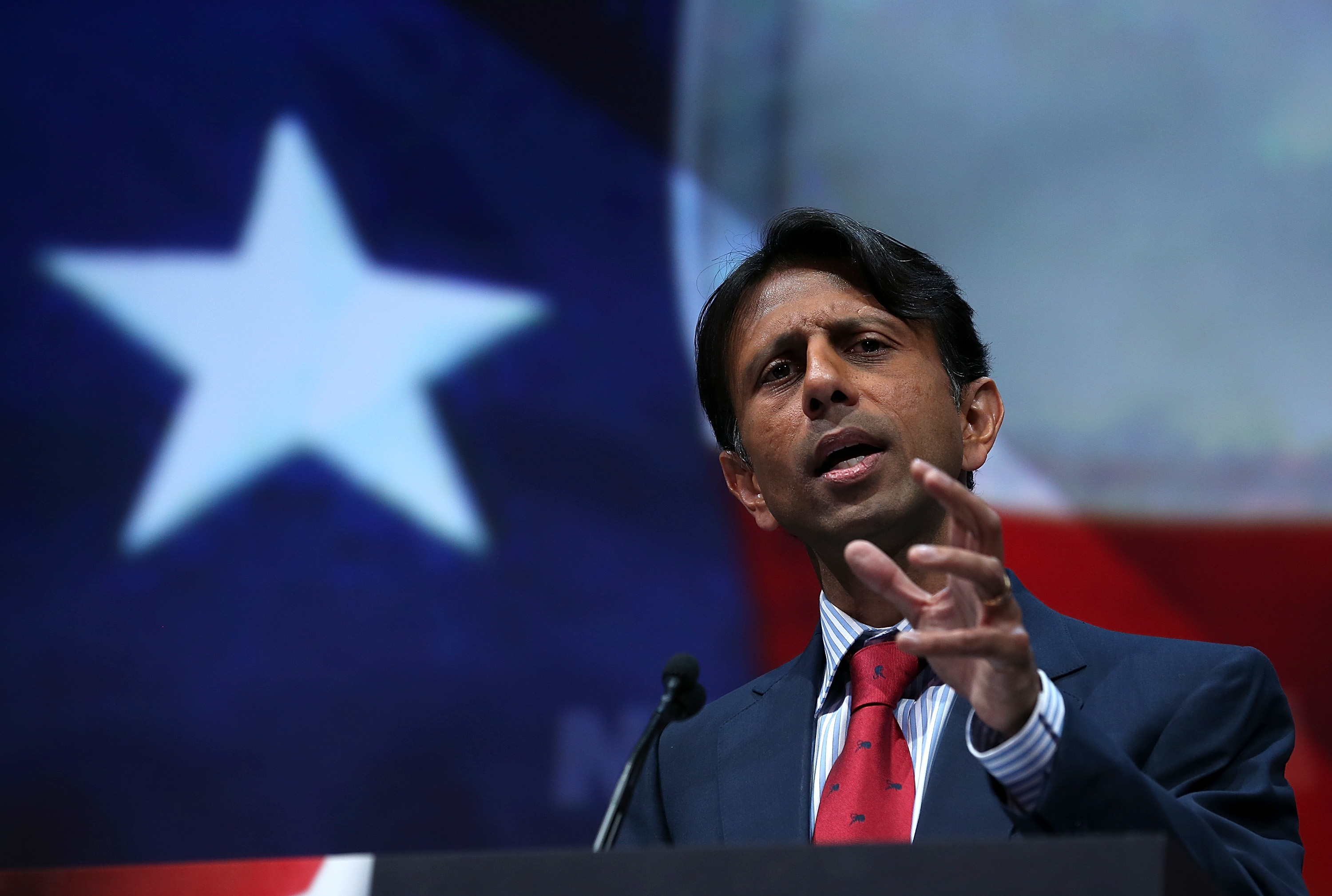 Gov. Bobby Jindal, R-La., rallied the faithful Saturday during a commencement speech at Liberty University, telling students graduating from the evangelical Christian institution that the country is "mired in a silent war" over religious liberty.

"Today's world is increasingly hostile to maters of faith," warned Jindal, who is considering a presidential bid in 2016. "American culture has in many ways become a secular culture."

"The American people, whether we know it or not, are mired in a silent war," he continued, warning that people of faith are increasingly under attack by a popular culture that would label Christian beliefs bigoted and restrict religious liberty.

It's a favorite theme of Jindal's: In February, during a passionate speech at the library of former President Ronald Reagan, the governor warned that the federal government is trying to silence the public expression of Christian faith.

He took up that message again on Saturday, citing several recent controversies in which the federal government clashed with private institutions over matters of faith and federal law.

One such clash involves the contraception mandate under President Obama's health care law. Hobby Lobby, a retail chain, objected to the law's requirement to provide health insurance to employees that includes contraceptive coverage, saying the rule violated their religious beliefs. The government filed suit to enforce the mandate, and the case was heard by the Supreme Court in March.

Jindal said the case "strikes at the core of our understanding of free exercise of religion," saying the Obama administration would uphold religious freedom for private citizens while denying that liberty to businesses owned by those individuals.

He also mentioned the recent dust-up between cable network A&E and a star of its show "Duck Dynasty" who'd expressed anti-gay sentiments. Jindal publicly defended the star, and on Saturday he said he spoke out "because they have every right to speak their minds, however indelicately they may choose to do so."

Jindal, who was born to Hindu parents but converted to Catholicism as a teenager, also recalled his own spiritual journey during his speech.

He said the "most significant moment" of his life was when he acknowledged his Christian faith, and he condemned an "elitist view of faith" that would write off Christianity as quaint, illogical or backward.

He recalls being asked by political reporters whether his public expressions of Christianity were simply a ploy for votes in the Bible Belt.

"You're a smart guy," he recalled them saying. "You just say that stuff to get elected in the Deep South, right?"

"l liked to have a little fun with it," he said, "so I would lean over the desk, and in whispered tones, pretending to confide in him or her, I would say, 'Well, just between us, do me a favor, go tell your editors the bad news. Tell them that I absolutely believe everything I say.'"

Kathy Barnette's campaign believes photos of her on Jan. 6 are genuine
Thanks for reading CBS NEWS.
Create your free account or log in
for more features.
View CBS News In
CBS News App Open
Chrome Safari Continue
Be the first to know
Get browser notifications for breaking news, live events, and exclusive reporting.