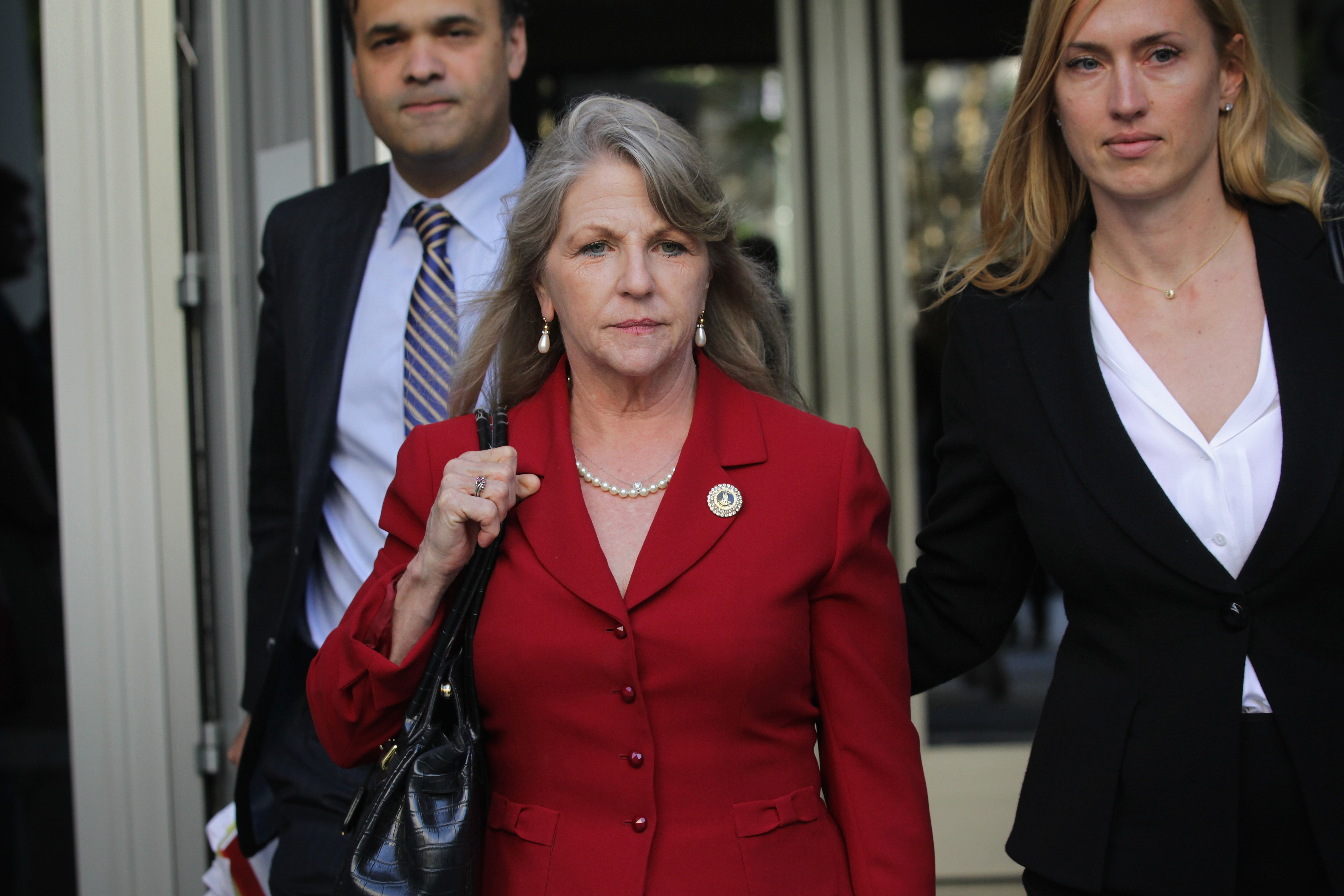 RICHMOND, Va. -- Gov. Bob McDonnell's eldest daughter testified Wednesday that her parents' marriage had been troubled for many years and her mother, Maureen McDonnell, developed "a mild obsession" with the Virginia businessman whose gifts to the family are at the heart of the couple's corruption trial.

Jeanine McDonnell testified in her mother's defense. Bob and Maureen McDonnell are charged with accepting more than $165,000 in gifts and loans from former Star Scientific Inc. CEO Jonnie Williams in exchange for promoting his company's product.

Jeanine McDonnell said her parents rarely spoke to each other in private, going back decades. She also said her mother developed an unusually close friendship with Williams.

Part of the McDonnells' defense is that they could not have engaged in a criminal conspiracy because they barely talked to each other. Maureen McDonnell's lawyer also said during opening statements last month that the former first lady had a crush on Williams, who "duped" her into thinking he cared for her.

While the attorney, William A. Burck, did not label Williams her "lover" or say the two had an affair, he did say that most people would call their relationship "inappropriate."

The former first lady's relationship with Williams is also an important because prosecutors have said Williams was not so much a personal friend but a businessman who showered the McDonnells with cash and gifts because he wanted their help in establishing legitimacy for his tobacco-based supplement, Anatabloc.

The McDonnells have said that they viewed Williams as a personal friend, and they were comfortable accepting his gifts because he never sought any favors from them.

Jeanine McDonnell made clear in her testimony that she no longer thinks highly of Williams. She drew a mild admonishment from the judge when she said she returned a $10,000 check from Williams, intended as a sort of housewarming present, "once we learned that Jonnie himself was a criminal."

She said as far back as 20 years ago, her father was rarely home and her mother was left largely alone to raise the couple's five kids. Jeanine McDonnell said she believed, even as a child, that her mother was depressed and that she took long baths and threw herself into soap operas to counter her loneliness.

When the McDonnells were able to create family time, she said, Bob McDonnell devoted himself to his children, and his wife received lowest priority.

It got worse as McDonnell's career advanced from state delegate, to attorney general, to governor, and then in 2012 when he became a chief surrogate for GOP presidential candidate Mitt Romney. Still, Jeanine McDonnell said, her parents were adept at putting up a good front in public.

"Any time they went in a public setting, it was like a switch flipped and they turned it on," she said.

Into that dynamic, Jonnie Williams interjected himself, she said. Maureen McDonnell had never talked about a friend the way she talked about Williams, she said.

"I think she had a mild obsession with Jonnie," she testified.

Jonnie Williams was generous and gregarious, and Maureen McDonnell, who for decades had a part-time business selling vitamins and supplements, was particularly interested in the potential of Anatabloc.

Another witness called by Maureen McDonnell's lawyers, friend April Niamtu, testified as to how overwhelmed the former first lady was while Bob McDonnell was in office.