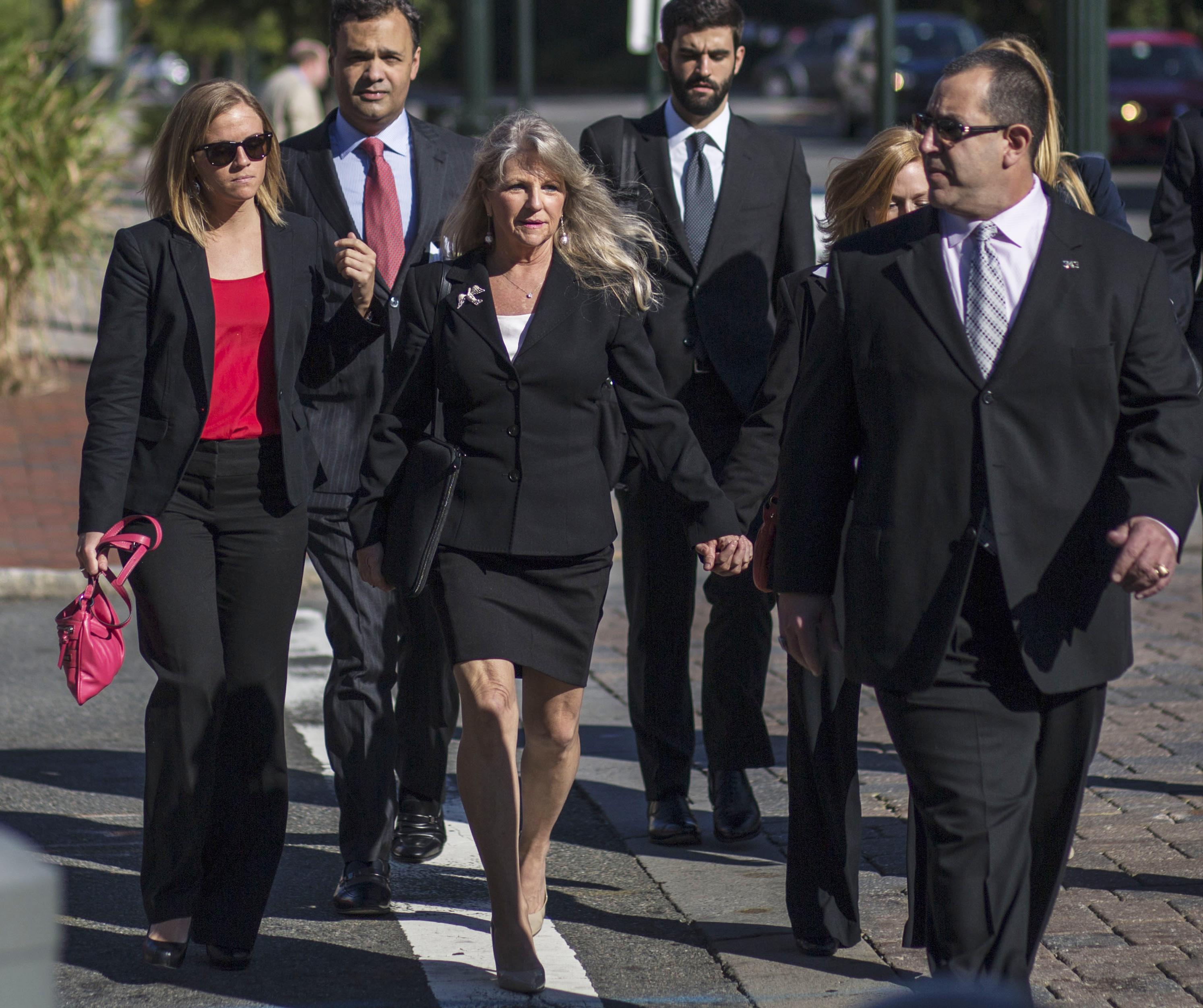 RICHMOND, Va. -- An attorney for the wife of former Virginia Gov. Bob McDonnell says during the couple's corruption trial that their marriage was broken and the former first lady developed a crush on a businessman who gave the McDonnells gifts and cash.

The McDonnells are charged with accepting more than $165,000 in gifts and loans from former Star Scientific Inc. CEO Jonnie Williams in exchange for helping promote his dietary supplements company.

Maureen McDonnell's lawyer William A. Burck said Tuesday during opening statements that the former first lady was "duped" by Williams into thinking he cared for her. Richmond, Va., CBS affiliate WTVR reports that Burck called Williams Maureen McDonnell's "favorite playmate." While he did not label Williams her "lover" or say the two had an affair, he did say that most people would call their relationship "inappropriate."

Williams filled a "void" in her life, and she and her husband were pretending to be a happy couple although their marriage had "broken down" long ago, Burck said.

Burck said Williams also fooled the Department of Justice and has received immunity from a $10 million stock fraud investigation in exchange for testifying against the McDonnells.

Assistant U.S. Attorney Jessica Aber, who delivered the government's opening statement Tuesday, said says the government will prove Virginia's former governor and his wife illegally lined their pockets with gifts from a businessman who sought their influence to promote his company.

Aber said Williams will testify under immunity that he initially lied to investigators when he said he was a personal friend of the McDonnells and wanted nothing in return for his generosity.

McDonnell was a rising national star in the Republican party and was considered a possible Mitt Romney running mate in 2012 before the federal investigation ruined his political future. Romney reportedly donated $10,000 to the couple's legal defense fund in April.

Before the trial's opening, federal prosecutors filed a list of 61 potential witnesses, including Maureen McDonnell and the couple's three children, Sean, Rachel and Bobby.

Before being indicted 10 days after leaving office in January, McDonnell apologized for what he described as bad judgment and said he repaid about $120,000 in gifts and loans, but he denied breaking any laws. He and his lawyers have argued that prosecutors are trying to criminalize routine and long-accepted political courtesies, like hosting receptions and arranging meetings, that fall short of more tangible rewards historically associated with bribery.

Prosecutors have countered that the McDonnells' willingness to help Williams on "an as-needed basis" and Williams' expectation of something in return, whether he received it or not, is enough to support a conviction. If the jury agrees, the McDonnells could face decades in prison.

In May, U.S. District Judge James R. Spencer tossed out a motion to dismiss most of the charges against the couple and ruled that they should be tried together instead of separately. The McDonnells' lawyers said Maureen McDonnell would have been willing to give testimony exonerating her husband at his trial if it was separate from hers, but would not testify at a joint trial because it would hamper her defense on a separate obstruction of justice charge filed solely against her.