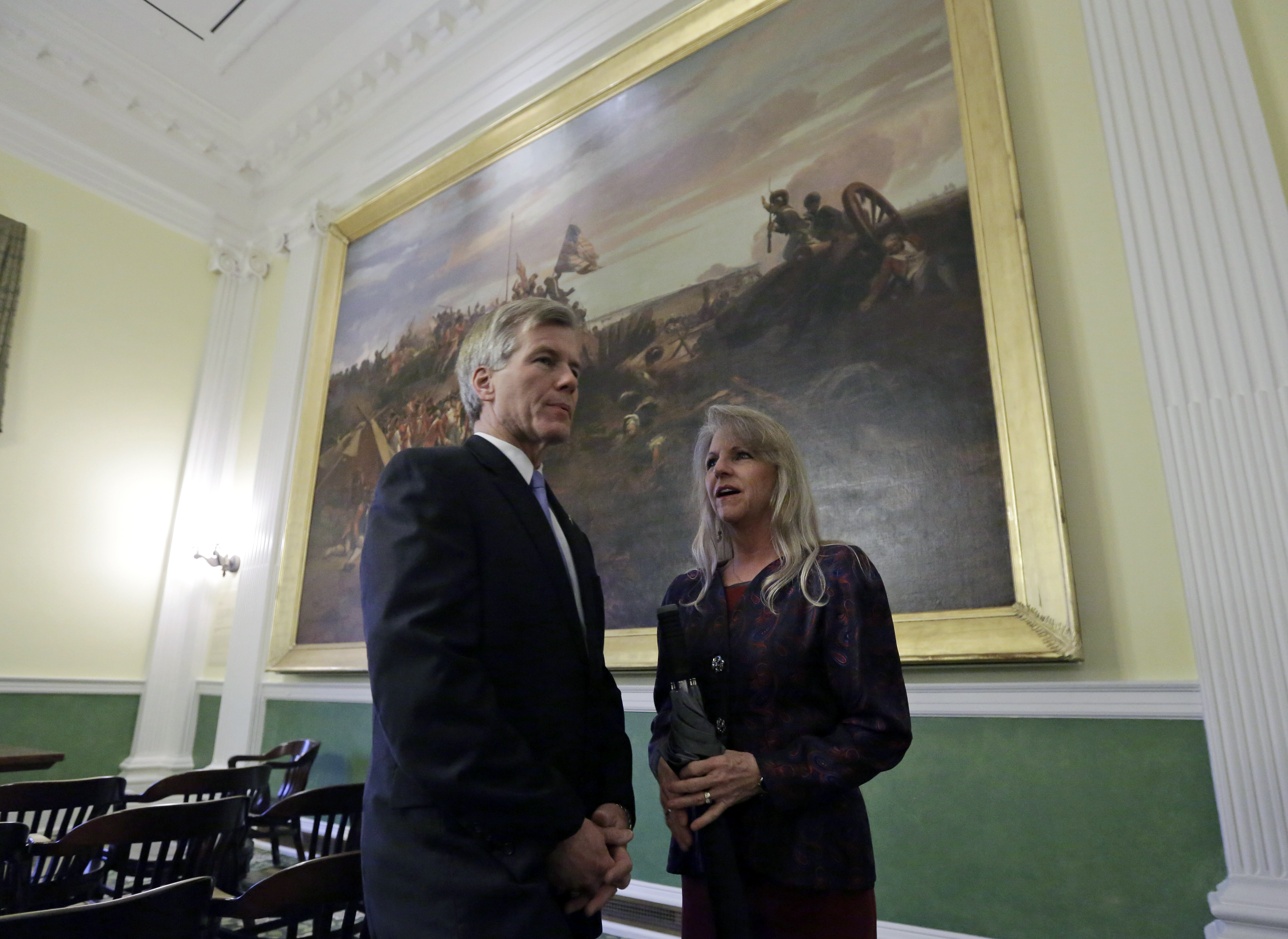 Bob McDonnell, the former Republican governor of Virginia, and his wife, Maureen, were indicted Tuesday by a federal grand jury for illegally accepting gifts from Jonnie R. Williams, Sr., a prominent businessman and donor.

Federal prosecutors had first told McDonnell and his wife in December that they would be charged, but a decision was delayed until after McDonnell left office earlier this month after a face-to-face appeal from the McDonnell’s attorneys.

The indictment alleges that the McDonnells accepted more than $135,000 in direct payments of gifts and loans from Williams, and then lied on loan applications and attempted to cover their tracks. The couple could face fines of more than $1 million and decades in jail.

Williams was the chief executive at Star Scientific, a dietary-supplement company. Months of investigations by The Washington Post revealed that he gave more than $165,000 in gifts, luxury travel and loans to the Virginia governor and his family, including checks and other gifts to help offset the costs of the McDonnell daughters’ weddings.  In return, they promoted Star Scientific even while it was struggling.

Williams stepped down as CEO in November.

McDonnell – who was on the short list as a potential running mate for 2012 Republican presidential nominee Mitt Romney -- was elected in 2009 and held office until his term expired earlier this month.

Before leaving office, McDonnell publicly apologized for the scandal during his final State of the State address on Jan. 8, saying, “I am deeply sorry for the problems and pain I've caused this past year.”

Both McDonnells have maintained their innocence.

"I deeply regret accepting legal gifts and loans from Mr. Williams, all of which have been repaid with interest, and I have apologized for my poor judgment for which I take full responsibility. However, I repeat emphatically that I did nothing illegal for Mr. Williams in exchange for what I believed was his personal generosity and friendship," Bob McDonnell said in a statement after the charges were filed. "I never promised – and Mr. Williams and his company never received – any government benefit of any kind from me or my Administration. We did not violate the law, and I will use every available resource and advocate I have for as long as it takes to fight these false allegations, and to prevail against this unjust overreach of the federal government.”

Maureen McDonnell's lawyer, William Burck of Quinn Emanuel Urquhart & Sullivan LLP, said, “Maureen McDonnell is innocent. The Department of Justice has overreached to bring these charges." He said they were based on the "unfounded suspicions of prosecutors."