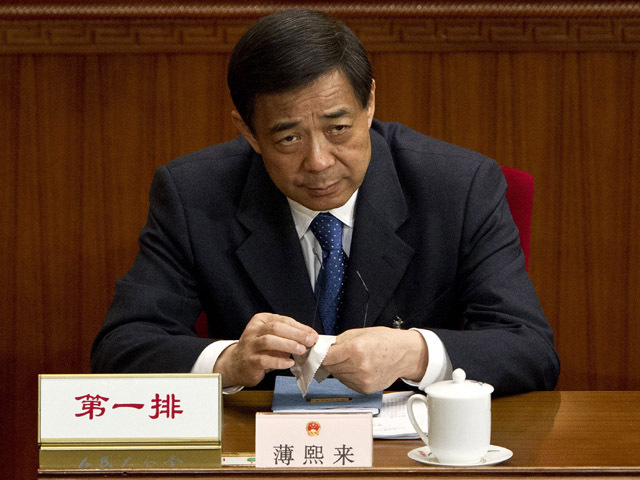 (CBS News) BEIJING - We are getting a rare look at the inner workings of China's Communist power structure thanks to a scandal that erupted there this spring. CBS News correspondent Barry Petersen tells us about the man at the center of it.

The Chinese nicknamed Bo Xilai a "princeling," which means one of the most powerful men in China.

In a stunning announcement this week, Bo was dumped from China's Politburo, the powerful committee that runs the country.

His glamorous wife Gu Kailai has been arrested for the murder of Nick Heywood, a British man found dead in a hotel room last November. At the time, Chinese police said he died of alcohol poisoning -- although his family said he didn't drink.

Now Heywood and Gu are said to have had a falling out over shared business ventures.

Few other details are known, but the scandal has engulfed China's top leadership that prizes secrecy above all else.

When CBS News met Bo more than a decade ago, he was the appointed mayor of a northern city and already marked as a rising star. "Being a mayor is a hard job in China today," he said at the time.

From there he moved on to become party boss in Chongqing, a city of 30 million, and one of the fastest growing cities in the world. Billions of dollars of foreign investment poured in from companies like Coca-Cola and Ford.

And while Bo's fortunes soared, he began a ruthless crackdown on his political and business rivals.

Bo's unraveling started when Chongqing's police chief fled to the U.S. consulate in February possibly seeking asylum. He is alleged to have revealed that Nick Heywood had been poisoned. The police chief left a day later amid rumors he is now telling all to Chinese authorities.

Bo has denied any wrongdoing. They are pouring filth on my family, he said.

This case of alleged corruption and murder is now seen as one thing more -- a sign that China's top leadership may be in trouble.

The last time the party faced such a public crisis of confidence from its own people, say some observers, was the Tiananmen Square uprising in 1989.

The questions then are the same questions now: Is Bo Xilai the dark underside of a party where the privileged elite can abuse power at will -- in this case, to the point of murder.