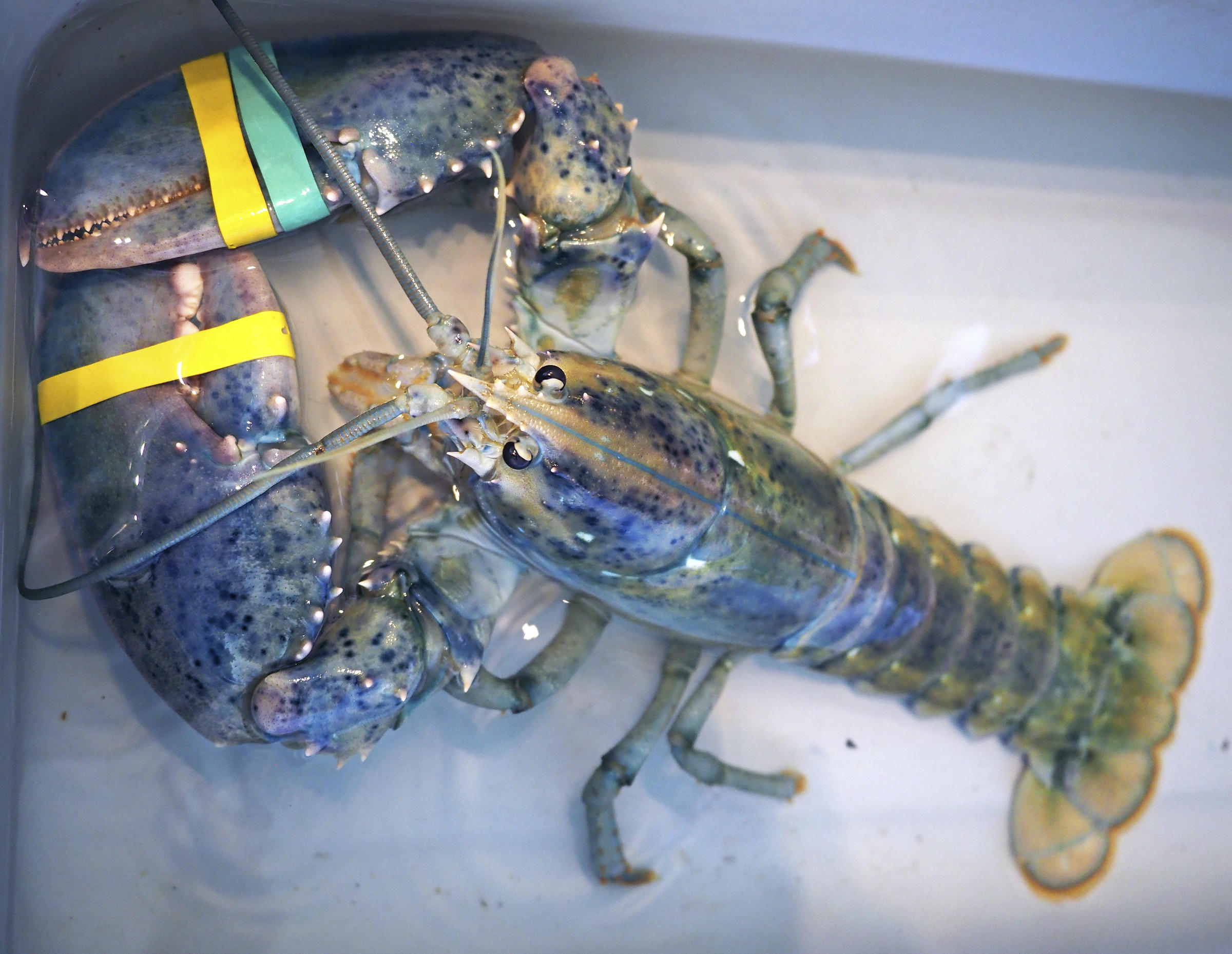 The Portsmouth Herald reports Greg Ward initially thought he had snagged an albino lobster when he examined his catch Monday off the coast where New Hampshire borders Maine. The Rye lobsterman quickly realized his hard-shell lobster was a unique blue and cream color.

Ward says the lobster is unlike anything he's ever seen.

He gave the rare crustacean to the Seacoast Science Center in Rye, New Hampshire, to study and put on display.

Center aquarist Rob Royer says Ward's blue lobster will go on display in the "exotic" lobster tank once it acclimates to the water.

The University of Maine Lobster Institute says only about 1 in every 2 million lobsters has that rare blue color, although the institute's executive director, Rob Bayer, told the BBC the figures are merely a "guess."

White albino lobsters are believed to be even rarer — perhaps 1 in 100 million.