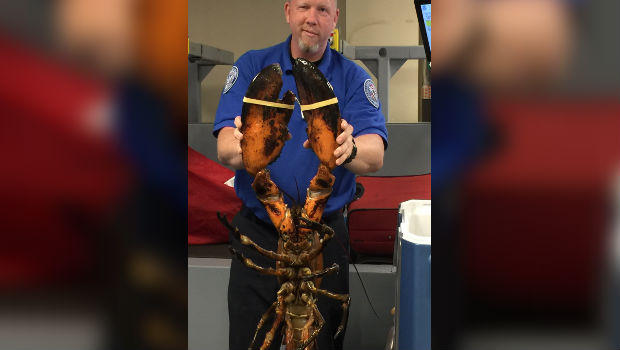 BOSTON -- Transportation Security Administration (TSA) agents have found a number of strange things in luggage over the years, but their latest unusual discovery is unique to New England.

CBS Boston reports that a lobster was detected in a JetBlue passenger's checked bag at Logan International Airport on Sunday morning.

On Monday, a spokesman shared a photo of the crustacean, which weighed more than 20 pounds, on Twitter.

Lobsters can travel in either carry-on or checked bags. They're a common sight at New England airports, but this one was notable because of its weight.

TSA agents tell CBS Boston that the lobster was traveling in a cooler and was alive and well.