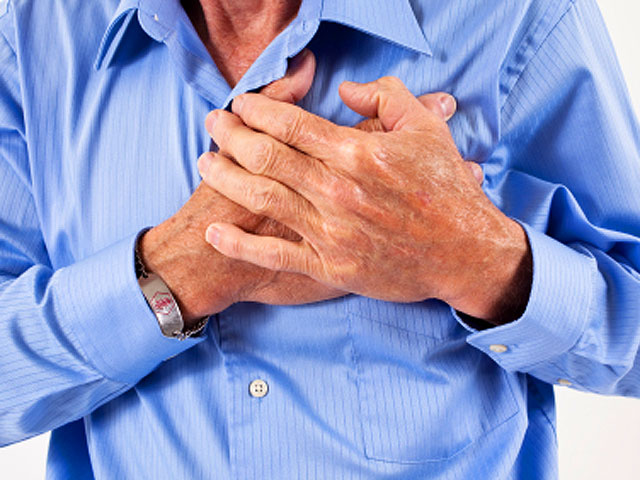 (CBS/AP) People recovering from a heart attack or heart-related chest pain are less likely to have another heart problem or to die from one if they take a new blood-thinning drug along with standard anti-clotting medicine, a large study shows.

The benefit came at the cost of an increased risk for serious bleeding. Still, some doctors said the drug, Xarelto, could become the standard of care for people hospitalized for these conditions. A low dose of the drug substantially cut the risk of dying of any cause during the study.

"Mortality trumps everything," so a medication that boosts survival is a win, said Dr. Paul Armstrong of the University of Alberta in Edmonton.

He had no role in the study, which was described Sunday at an American Heart Association meeting in Florida and published online by the New England Journal of Medicine. The study was sponsored by the drug's makers - Johnson & Johnson and Bayer Healthcare - and some researchers work or consult for the companies.

Xarelto is approved now at higher doses for preventing strokes in people with a heart rhythm problem and for preventing blood clots after joint surgery. It works in a different way than do aspirin and older blood thinners.

Dr. C. Michael Gibson of Harvard Medical School led a study testing the drug in 15,500 patients around the world who were discharged from the hospital after suffering a heart attack or experiencing severe chest pain from clogged arteries. All were given aspirin and an older blood thinner. One-third also got a low dose of Xarelto, and one-third got a high dose.

After about a year, on average nearly 11 percent of those on just the usual medicines had suffered a heart attack, heart-related death or a stroke - versus less than 9 percent of those who got Xarelto at either dose.

The lower dose proved both safer and more effective. Fewer than 3 percent of those who gotg Xarelto died during the study, compared with 4.5 percent of those getting just the usual medicines. That translates to a 32-percent lower risk with Xarelto.

"Our study group has been going for 27 years and we've not seen that" magnitude of benefit from a drug like this, said Dr. Eugene Braunwald of Harvard-affiliated Brigham and Women's Hospital, the study's chairman.

Cost is another big issue. Usual care for these patients is changing with newer drugs that have come on the market since this study started. One drug - ticagrelor, sold in the U.S. as Brilinta - also proved beneficial for similar patients taking just aspirin instead of pricier additional medicines used in the Xarelto study.

Xarelto's makers will seek approval to sell it for people like those in this study by year-end, a Johnson & Johnson spokesman said. A price has not been set, but the higher doses sold now for other purposes run more than $7 a day.

The good results with Xarelto contrast with the disappointing ones from Merck's experimental blood thinner vorapaxar. The drug flopped in a study aimed at preventing heart attacks, strokes and other problems in people similar to those in the study of Xarelto - hospitalized for a heart attack or severe chest pain from clogged arteries.

Vorapaxar gave no significant benefit when added to standard medicines in a study of 13,000 patients. It also raised the risk of serious bleeding.