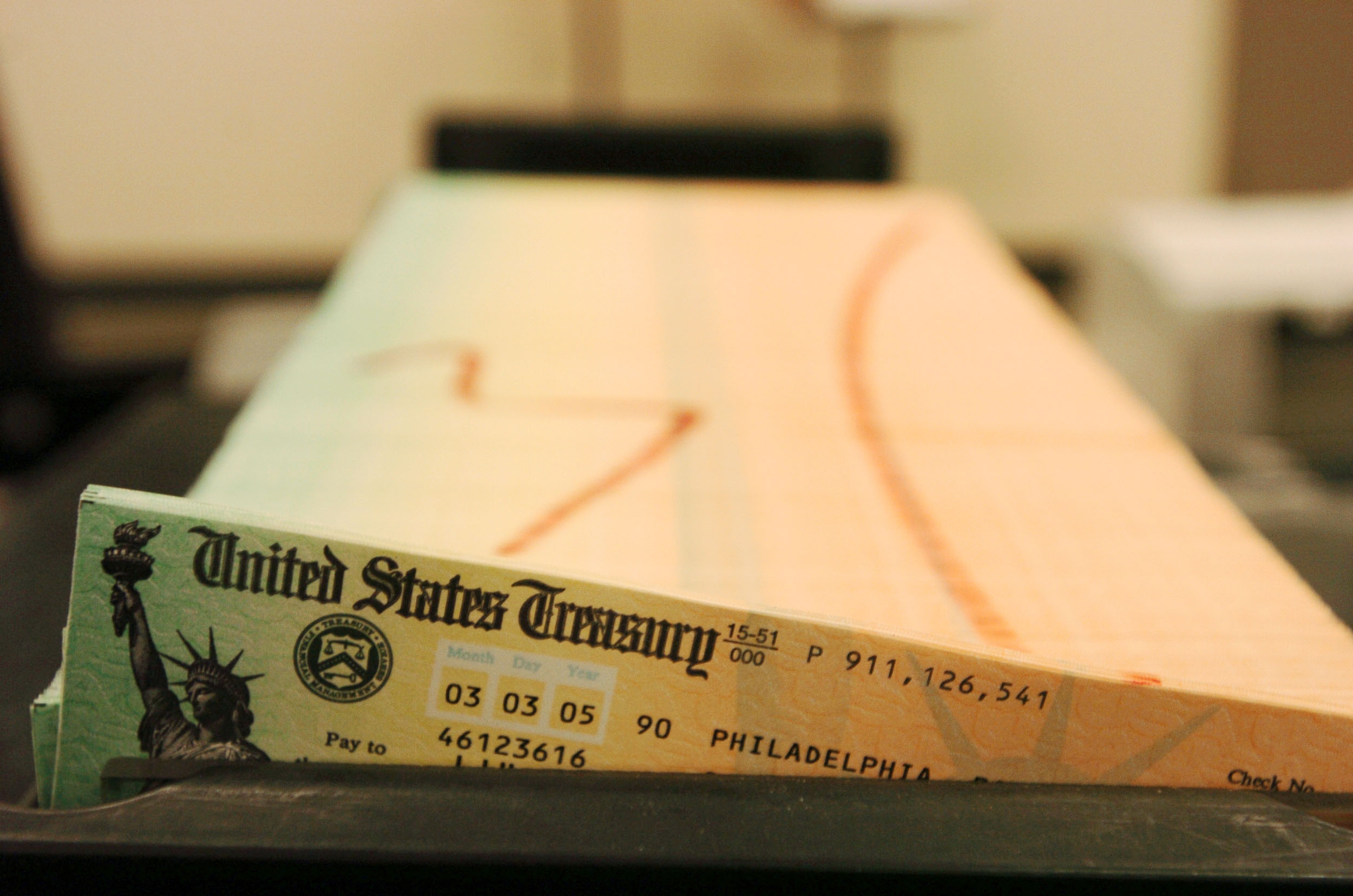 The bad economy has shortened the life of the trust funds that support Social Security and Medicare, the nation's two biggest benefit programs, the government reported Friday.

The trustees for the funds said in their annual report that the worsening financial picture emphasized the need for Congress to make changes to avoid disruptive consequences in the future for millions of people who depend on health and pension benefits.

Treasury Secretary Timothy Geithner, who chairs the trustee's panel, said the new report underscored "the need to act sooner rather than later to make reforms to our entitlement programs. ... We should not wait for the trust funds to be exhausted to make the reforms necessary to protect our current and future retirees."

The trustees said that they moved the target date for the Medicare hospital trust fund to be exhausted from 2029 to 2024 because of a weaker economy, which means fewer people working and paying Medicare premiums into the fund, and continued increases in health care costs.

Last year's report had extended the life of the Medicare fund by 12 years to reflect the savings that were included in the massive overhaul of health care that President Barack Obama got Congress to pass in 2010. Without the changes in health care law, the administration said the Medicare trust fund would be exhausted in 2016.

The savings in the health care legislation are still included in the trustees' projections but have been updated to reflect data on the economy and health care costs over the past year.

Many experts believe that the savings included in Obama's health care program will never be achieved because they include deep cuts in payments to doctors that Congress has routinely waived and other cost savings that will be difficult to realize.

The Social Security trust fund was projected to be exhausted in 2036, compared with last year's projection that it would be depleted in 2037.

The trustees said in 2037 the government will be taking in enough in Social Security payroll taxes to pay about three-fourths of existing benefits.

A 0.7 percent increase would not be seen by many beneficiaries because the extra money would be eaten up by higher insurance premium payments for Medicare. The actual benefit increase will be determined based on the performance of the government's Consumer Price Index. That figure will be released in October.

"I think our members look at Social Security and Medicare, any developments, with a great watchful eye," AARP's Mary Liz Burns told CBS News. "For them they know the importance of these programs and the benefits that they've paid into over their lifetime of work."

Burns said lawmakers on Capitol Hill better get cracking, even as Social Security remains solvent, at least in the short term.

"The trustees reaffirmed the program is financial strong in the short-term," said Burns, "and we know that if we come together with some reasonable solutions, we can be able to strengthen the program for our kids and our grandkids.

"These reports demonstrate the real need for all of our elected leaders on both sides of the aisle to strengthen these critical programs," Burns told CBS News.

American Enterprise Institute resident scholar Andrew Biggs told CBS News that Congress has to implement changes to avoid disruptive consequences for those who depend on health and pension benefits:

"Individuals need to pay more money into the system in terms of taxes, or the programs have to pay less out in benefits," Biggs said.

Democrats and Republicans agree that Medicare must be addressed soon, but the consensus ends there, even as a bipartisan group of lawmakers headed by Vice President Joe Biden is holding talks on ways to tackle the nation's mounting debt.

Most Republicans and some Democrats in Congress have said they won't vote to increase the government's ability to borrow without significant spending cuts. The government is expected to reach its borrowing limit of $14.3 trillion by Monday.

Geithner said Friday that Congress should "move as quickly as possible" to raise the borrowing limit. He has told lawmakers that he can take steps to delay until Aug. 2 what would be an unprecedented default on the debt.

Changes to Medicare, the government health insurance program for older Americans, could be part of an agreement to increase the debt ceiling. But Social Security appears to be off the table.

Many Democrats, including Senate Majority Leader Harry Reid, D-Nev., have been adamant that they will not support cuts in Social Security benefits, even if they target future retirees. Senate Republican leader Mitch McConnell acknowledged on Thursday that changes to Social Security won't be part of any agreement.

Democrats and Republicans are sparring over how to fix Medicare. House Republicans have passed a plan that would replace Medicare with a voucher-like payment system for future retirees, but GOP leaders in Congress have acknowledged that the plan is unlikely to pass.