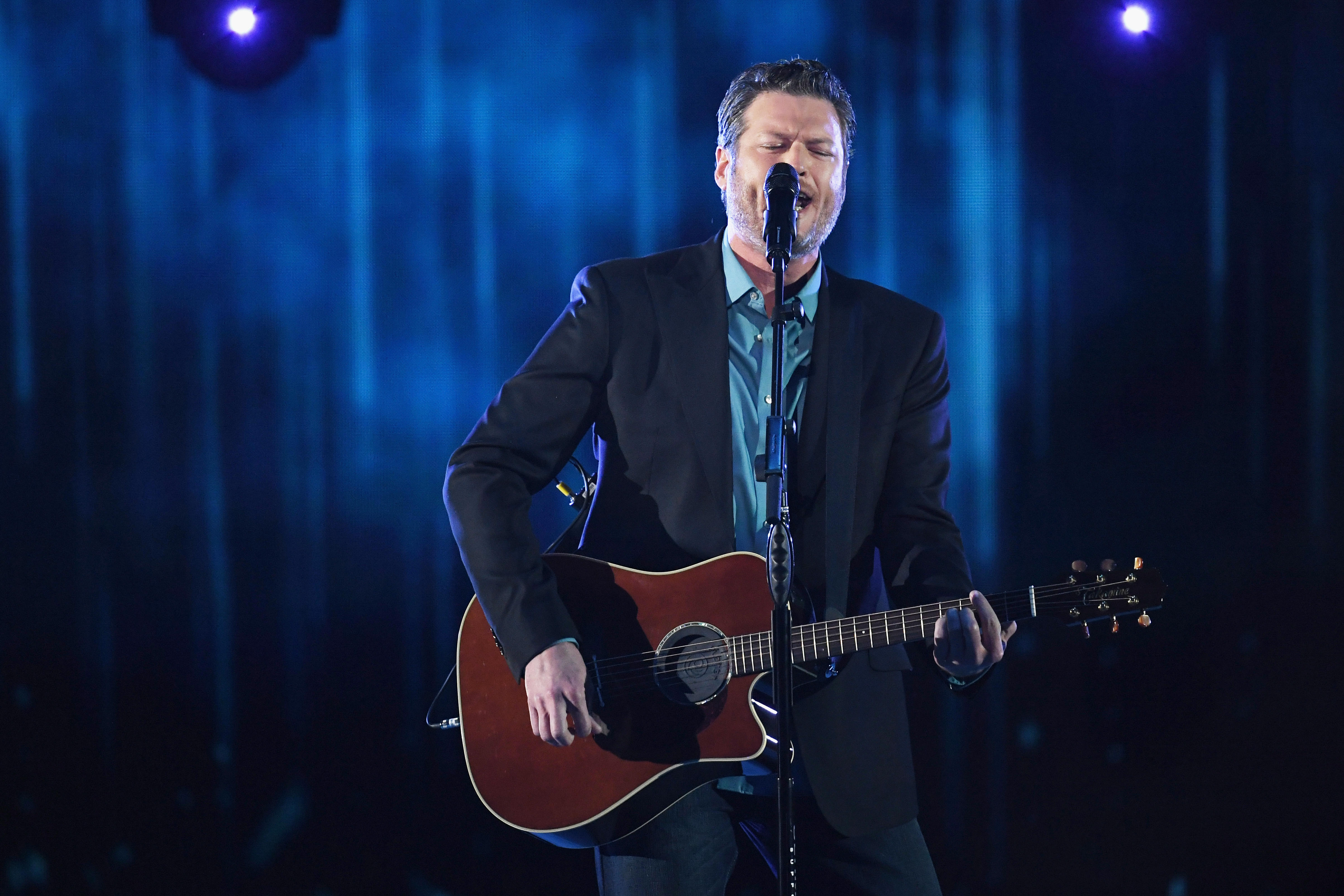 Blake Shelton is pretty pleased about his new title as People's Sexiest Man Alive. Just check out his Twitter feed for proof.

But the singer is prepared for haters, apparently. Shelton has posted a string of tongue-in-cheek tweets that include the hashtag #donthatemebecauseimbeautiful. He also bragged about getting his own emoji.

Shelton boasted that he can even make eating pickles and having the hiccups seem sexy.

Hugh Jackman, who was named Sexiest Man Alive in 2008, gave Shelton some advice. "Take it from me," he wrote, "humble only gets you so far. Milk the sexy status for ALL it's worth."

Shelton responded that he will heed Jackman's words.

Shelton's girlfriend, Gwen Stefani, wrote that she already knew she was dating the Sexiest Man Alive.

Not everyone was celebrating People's decision. Luke Bryan, Shelton's colleague, jokingly told ABC News Radio that he was robbed.

"He's taken so many things from me, and now this," said Bryan. "Who in the hell is choosing this? Am I being punked? And we're sure that y'all didn't Photoshop my face over his face and change the names out?" Finally, Bryan conceded, "Alright, well I guess we're all stuck with it."

Comedian Desus Nice from Viceland joked that Papa John should have won the title.

Shelton told People that Stefani had to convince him to accept the Sexiest Man Alive honor.

"She goes, 'Listen to me,'" said Shelton. "'You're going to regret this for the rest of your life if you don't take this gift and just live in the moment.' I've been ugly my whole life. If I can be sexy for a year, I'm taking it!'"

He also said he had no intentions of being humble.

"I'm not going to treat this like Hugh Jackman or one of those guys who's humble about it," he explained. People are going to hate me over this. Because it's going to be used in every conversation, whether it's at 'The Voice' or at the feed store in Tishomingo, Oklahoma, or in a conversation with a doctor. Until I have to hand the title, which is what it is to me, over to someone else, this is mine. This is like a certification."

Shelton recently talked to "CBS This Morning" about returning to his roots and his plans for the future.