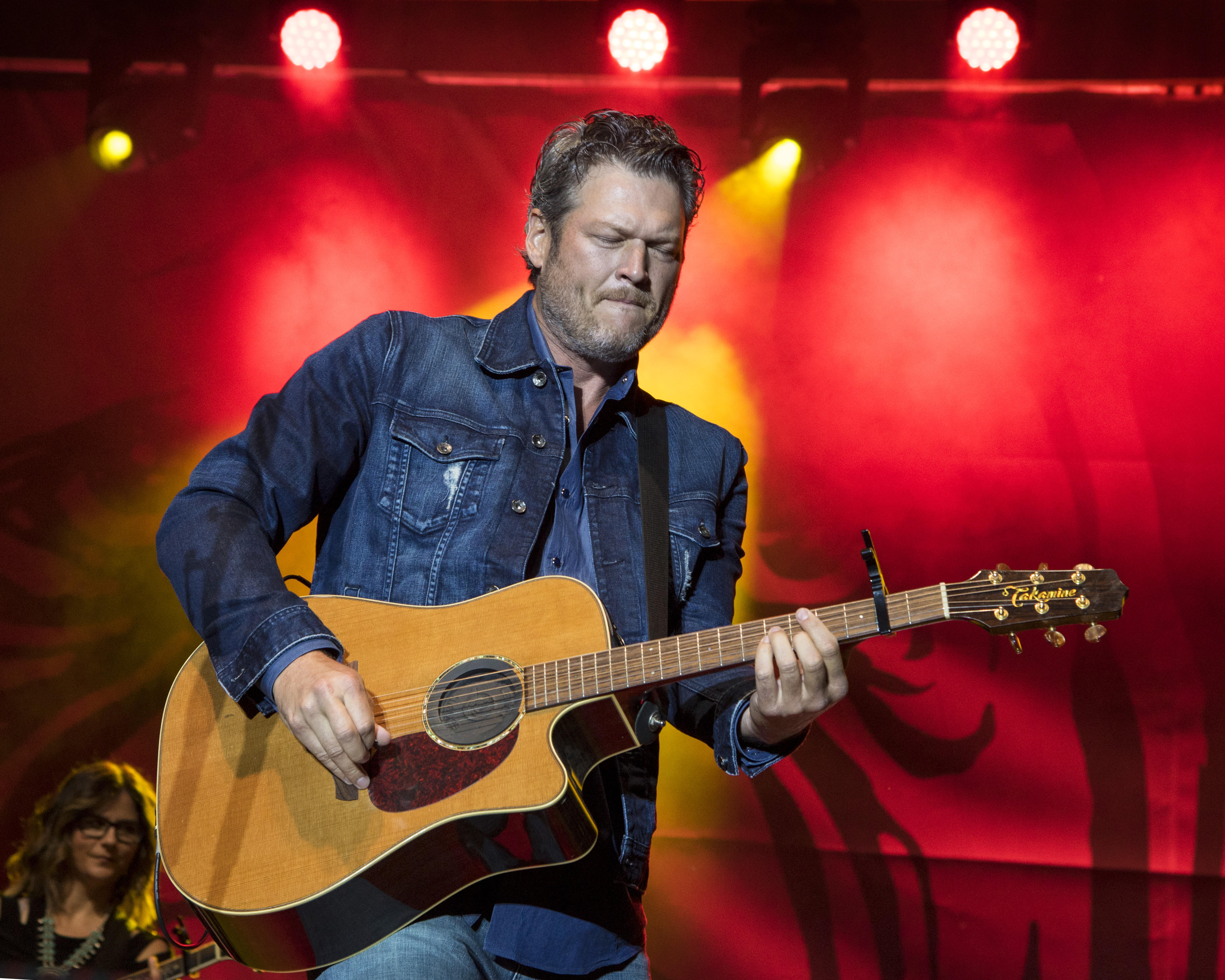 NEW YORK -- People magazine named Blake Shelton its Sexiest Man Alive for 2017 on Tuesday, but it took some convincing by his girlfriend Gwen Stefani to get her guy on board.

The country music superstar and coach on NBC's "The Voice" hates being the center of attention, the magazine said.

"She goes, 'Listen to me,'" recalled the 6-foot-5, Oklahoma-bred Shelton. "'You're going to regret this for the rest of your life if you don't take this gift and just live in the moment.' I've been ugly my whole life. If I can be sexy for a year, I'm taking it!'"

Bonus for the outspoken Shelton: He can hold the accolade over the head of Adam Levine, his fellow coach on the singing competition and 2013's Sexiest Man Alive. Only Shelton used some colorful language to describe that experience between his pal and banter partner on air.

Shelton said he was, in fact, proud and honored to have been picked, adding: "I'm not going to treat this like Hugh Jackman or one of those guys who's humble about it. People are going to hate me over this. Because it's going to be used in every conversation, whether it's at 'The Voice' or at the feed store in Tishomingo, Oklahoma, or in a conversation with a doctor. Until I have to hand the title, which is what it is to me, over to someone else, this is mine. This is like a certification."

Shelton's latest album, "Texoma Shore," hit No. 1 on the Billboard Top Country Albums this week. He spoke to "CBS This Morning" earlier this month ahead of the release of the album.

Growing up, Shelton told People, he had some awkward years.

"I think to describe myself as a child, one word comes to mind. And that's fat," he said. "People say I haven't changed since before I made it. And I'm still fat today. That's proof!"

He's not, of course. He hops on the treadmill to stay in shape, though he acknowledges the allure of chips and dip, a bag of Cheetos when he's starving and a trip to Sonic when he's back home in Tishomingo.

Shelton wasn't the only sexiest man anointed. The magazine named the Pearson men of NBC's "This is Us" as sexiest cast: Sterling K. Brown, who plays Randall; Milo Ventimiglia, who plays Jack; and Justin Hartley, who plays Kevin. Their reveal went to NBC's "Today" show.

"I think being sexy is just being comfortable in your skin, and these two cats are very comfortable in their skin," Brown said at a photoshoot of his co-stars

Ventimiglia said he believes humor, confidence and kindness are key. Oh, and "stubble."

The trio will be featured inside the special issue.