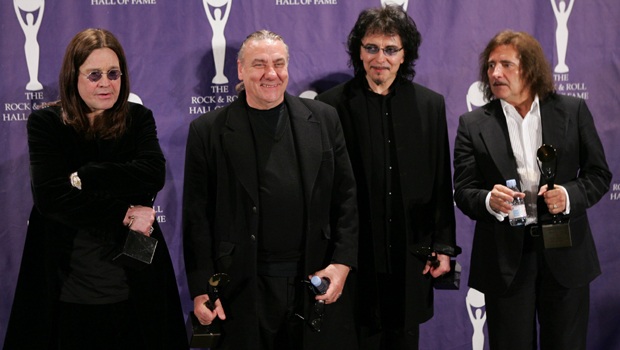 (CBS) "Iron Man" lives again. The four original members of Black Sabbath will reunite to record their first new studio album since 1978. There's been speculation about a reunion for months, but now it's official.

They heavy metal rockers announced the news Friday during a Los Angeles press conference at the Whisky A Go-Go, the site of their first L.A. concert exactly 41 years ago to the day (Nov. 11, 1970).

They'll then embark on a world tour to support the new album, expected to be released in fall 2012. Rick Rubin, who's worked with everyone from Metallica to the Dixie Chicks, will produce Black Sabbath's comeback effort.

Black Sabbath's self-titled debut came out in 1970. Osbourne, Iommi, Butler and Ward released "Never Say Die," their last album together as a line-up in 1978.