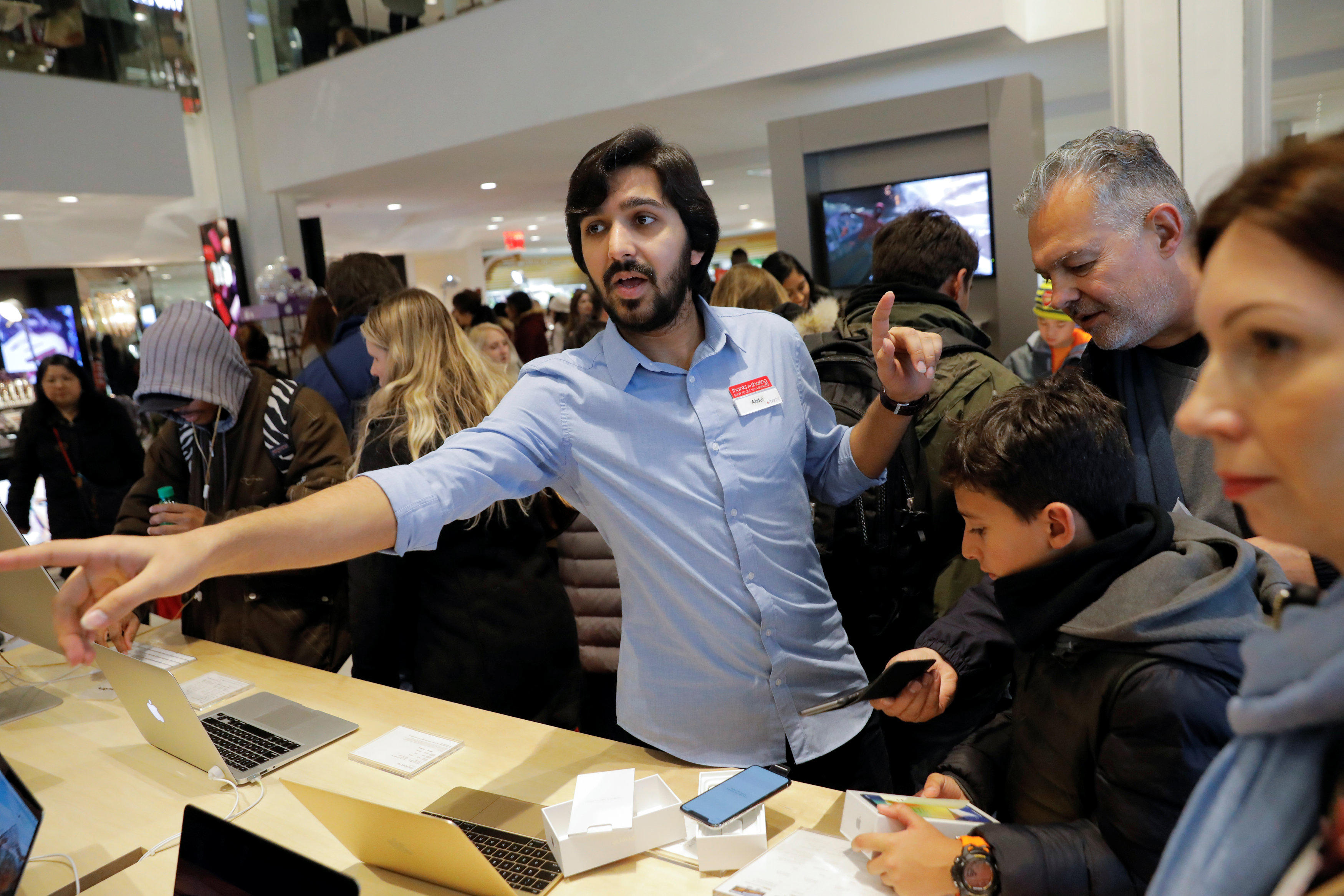 NEW YORK -- Shoppers were out before dawn in the U.S. for fun and for deals, as retailers that have had a tough year were hoping to bring customers to their stores and websites for Black Friday, one of the biggest shopping days of the year.

Black Friday has morphed from a single day when people got up early to score doorbusters into a whole season of deals, so shoppers may feel less need to be out.

Together, they saved $640. That's about $35 for every hour they spent waiting in line.

Some shoppers love the excitement, even if they've already done some of their shopping online.

"We always do it. It's a tradition," said Jeffers, the mother of four children, including twin 7-year-old girls. "It's fun. It used to be a lot more fun before stores started opening on Thanksgiving."

Rhodes-Sofer said she was buying cosmetics for her 20-year-old daughter and books for her goddaughters - Jeffers' twins. Also on the shopping list: kitchen gadgets and fishing gear for her husband.

At a nearby shopping plaza, four women were loading purchases from a Dick's Sporting Goods into the back of an SUV. Meg Noonan said it was the third Black Friday she has joined three friends for pre-dawn shopping.

"Honestly, it's fun to do it with friends while the kids are sleeping," Noonan said.

All four women said they went to Dick's for sports equipment and winter coats, and all said they'd "hit the computer" to make online purchases. Jeffers and Rhodes-Sofer, too, said they'll still do plenty of online shopping, especially through Amazon.

With the jobless rate at a 17-year-low of 4.1 percent and consumer confidence stronger than a year ago, analysts project healthy sales increases for November and December. The National Retail Federation trade group expects sales for that period to at least match last year's rise of 3.6 percent and estimates online spending and other non-store sales will rise 11 to 15 percent.

Analysts at Bain say Amazon is expected to take half of the holiday season's sales growth. And Amazon is the top destination for people to begin holiday shopping, according to a September study by market research firm NPD Group.

"I buy pretty much what I can on Amazon," said Lam Huynh, who was at Macy's on Thursday evening during a visit to New York from Grand Rapids, Michigan. Like many consumers, he's been spending less time at the malls and more online. For the holiday season, he plans to do what he's been doing for the past few years: Go to deal sites and find the best prices.

Abi Gyawali, a 27-year-old biology graduate student at the University of Missouri, normally shops online on Amazon or Best Buy for Cyber Monday, where he said he finds some of the best deals. He was out at J.C. Penney in Columbia, Missouri, on Thursday and left with a discounted air fryer.

About 69 percent of Americans, or 164 million people, intend to shop at some point during the five-day period from Thanksgiving to Cyber Monday, according to a survey released by the NRF. It expects Black Friday to remain the busiest day, with about 115 million people planning to shop then.

Linda Adair, 64, was among the shoppers at the same J.C. Penney. She said she buys both online and in stores, but likes to touch and see items in person because "it's harder to tell what you're actually getting with online shopping."

Though she normally shops on Thanksgiving or the day after, she raised concerns about deals that come earlier each year.

"Honestly, I wish they'd wait until later," Adair said. "But all the stores are doing it, so if one does, then the others have to do it."