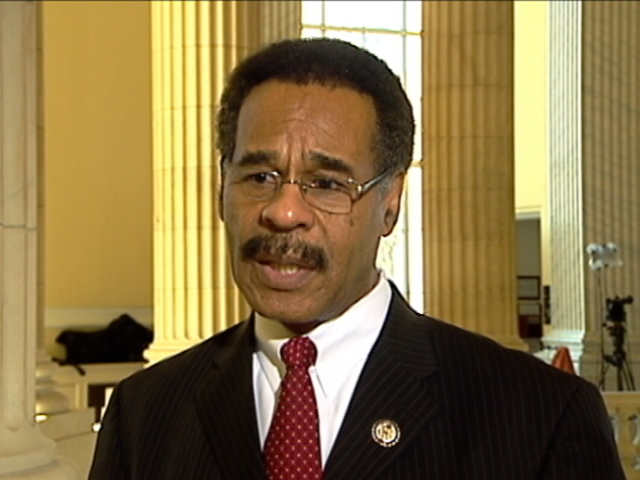 Unemployment within the black community is bad enough that members of the Congressional Black Caucus would be protesting at the White House, if not for the fact that the first African-American president is in office, according to the CBC chairman.

"If (former President) Bill Clinton had been in the White House and had failed to address this problem, we probably would be marching on the White House," Rep. Emanuel Cleaver, D-Mo., said in an interview with McClatchy newspapers.

Cleaver explained that the group is sensitive to the vitriolic rhetoric sometimes used against the president. "There is a less-volatile reaction in the CBC [to the president's policies] because nobody wants to do anything that would empower the people who hate the president," he said.

That said, it's clear members of the CBC are unhappy with the current state of the economy and the way the president has addressed it. Black unemployment stands at about 17 percent. After Mr. Obama toured the Midwest in August to promote his economic policies, Rep. Maxine Waters, D-Calif., said she and her fellow CBC members "don't know why" Mr. Obama was not visiting any black communities. "We're supportive of the president, but we're getting tired," she said.

With respect to those comments, Cleaver said, "If we can't criticize a black president, then it's all over."

At the same time, Waters and other CBC members have saved their strongest critiques for the president's detractors, namely the Tea Party. Rep. Allen West, R-Fla., the CBC's only Republican member, threatened to quit the group after Waters and Rep. Andre Carson, D-Ind., used harsh rhetoric against the Tea Party. West addressed the issue with Cleaver and decided to stay in the group.

Cleaver, who also started the "Civility Caucus," said it's tough to balance the agendas of the CBC members. "Maxine Waters represents central Los Angeles first and she has to represent her constituents first and she's going to say things in order to represent them," he told McClatchy.

Mr. Obama earlier this month unveiled a $447 billion plan intended to stimulate job creation and jump start the economy. Larger than most people expected, the plan includes an extension of unemployment benefits, investments in areas like infrastructure, and tax cuts for small businesses and individuals.